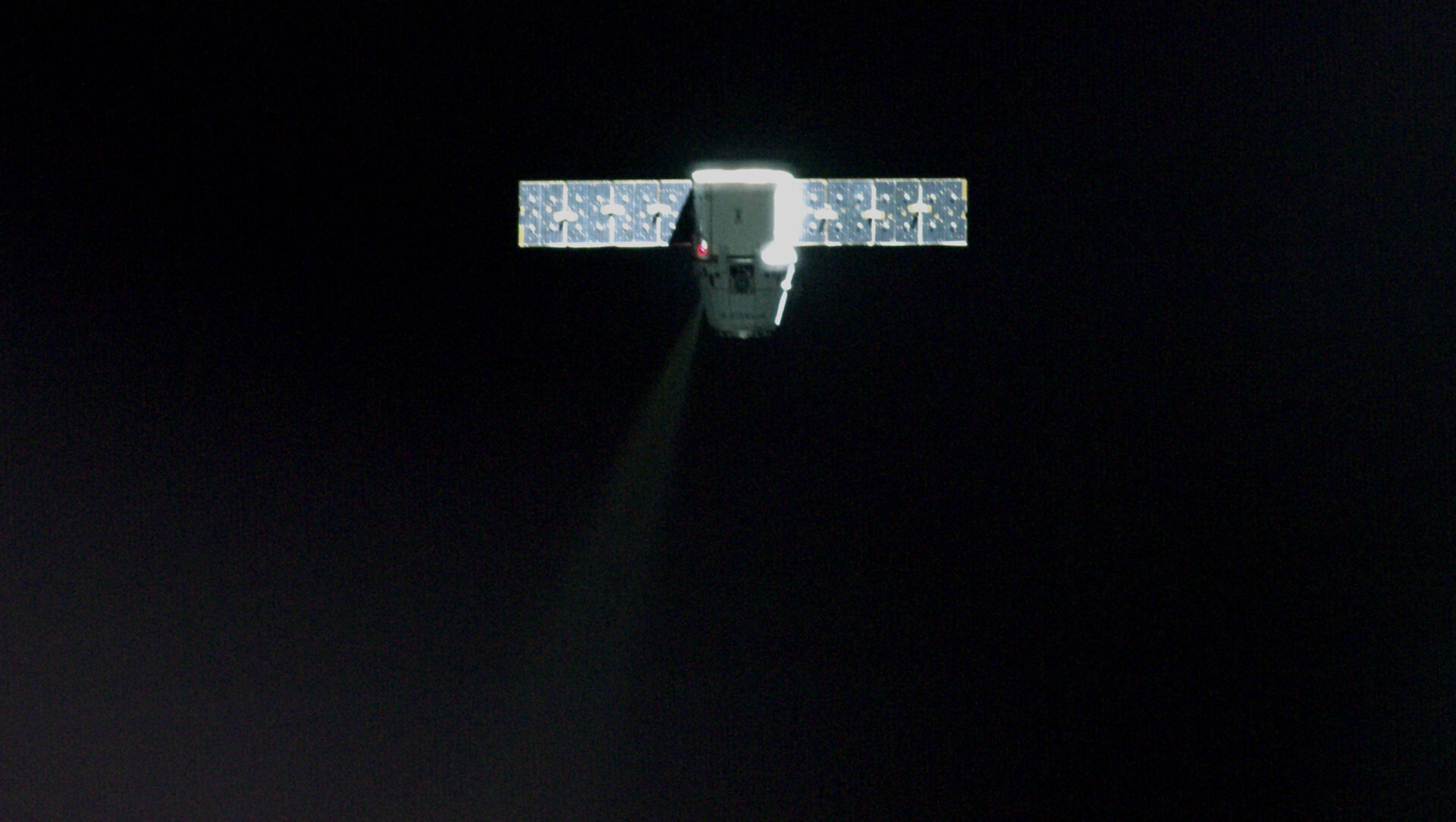 Setting up a temporary robotics workstation in the Station’s Cupola observatory module, the astronauts monitored the approaching six-tonne craft until it stopped 10 m from the Station. Working two joysticks, Alexander moved Canadarm2 to hold Dragon-4. From there, the spacecraft was berthed to the Space Station’s Harmony module.