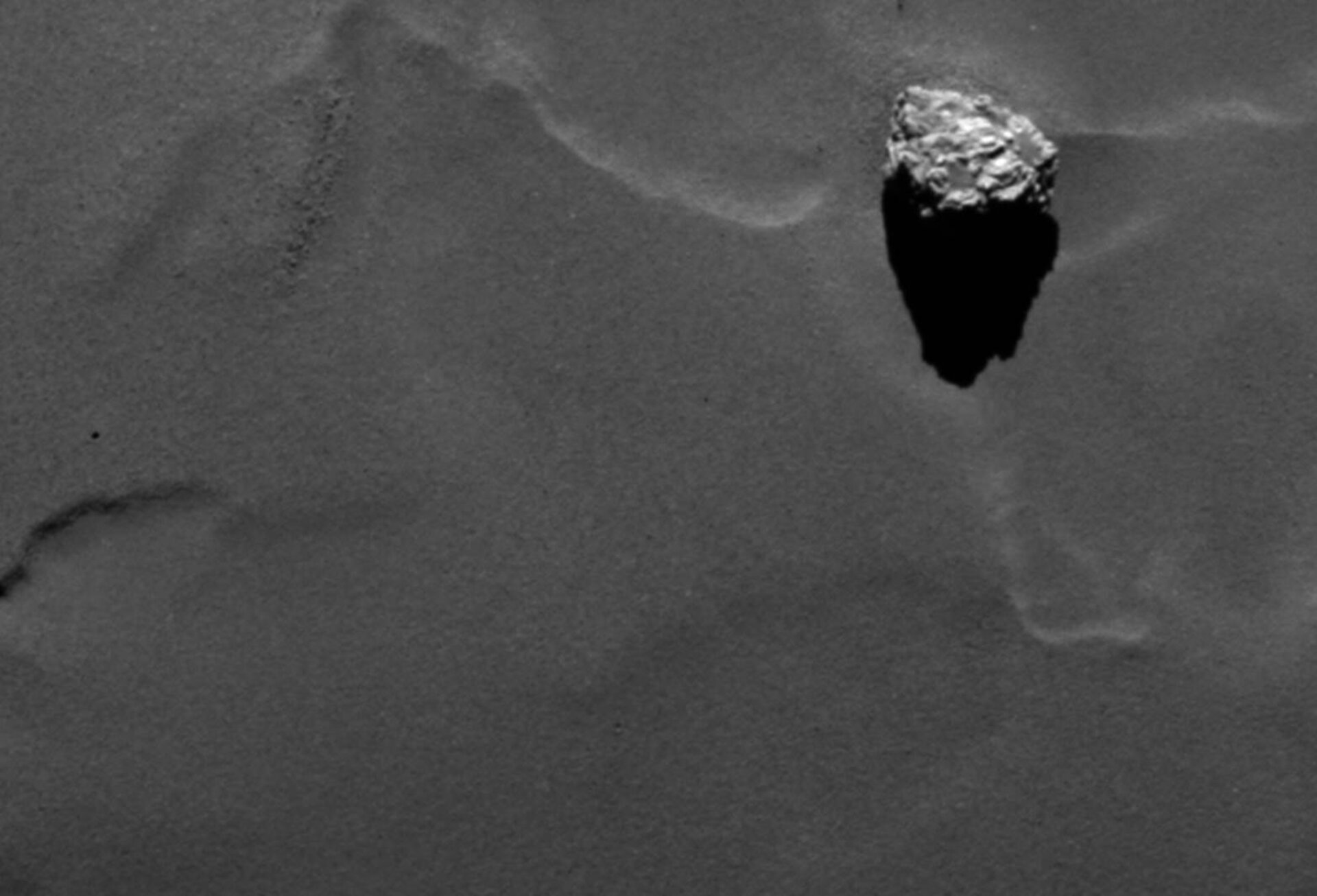 This image of the surface of Comet 67P/Churyumov-Gerasimenko was taken by Rosetta’s OSIRIS narrow-angle camera on 19 September 2014, from a distance of 28.5 km.

The image features a large boulder casting a long shadow on the surface of the comet. The boulder has a maximum dimension of about 45 metres and is the largest structure within a group of boulders located on the lower side of the comet’s larger lobe. This cluster of boulders reminded scientists of the famous pyramids at Giza near Cairo in Egypt, and thus it has been named Cheops for the largest of those pyramids, the Great Pyramid, which was built as a tomb for the pharaoh Cheops (also known as Kheops or Khufu) around 2550 BC.