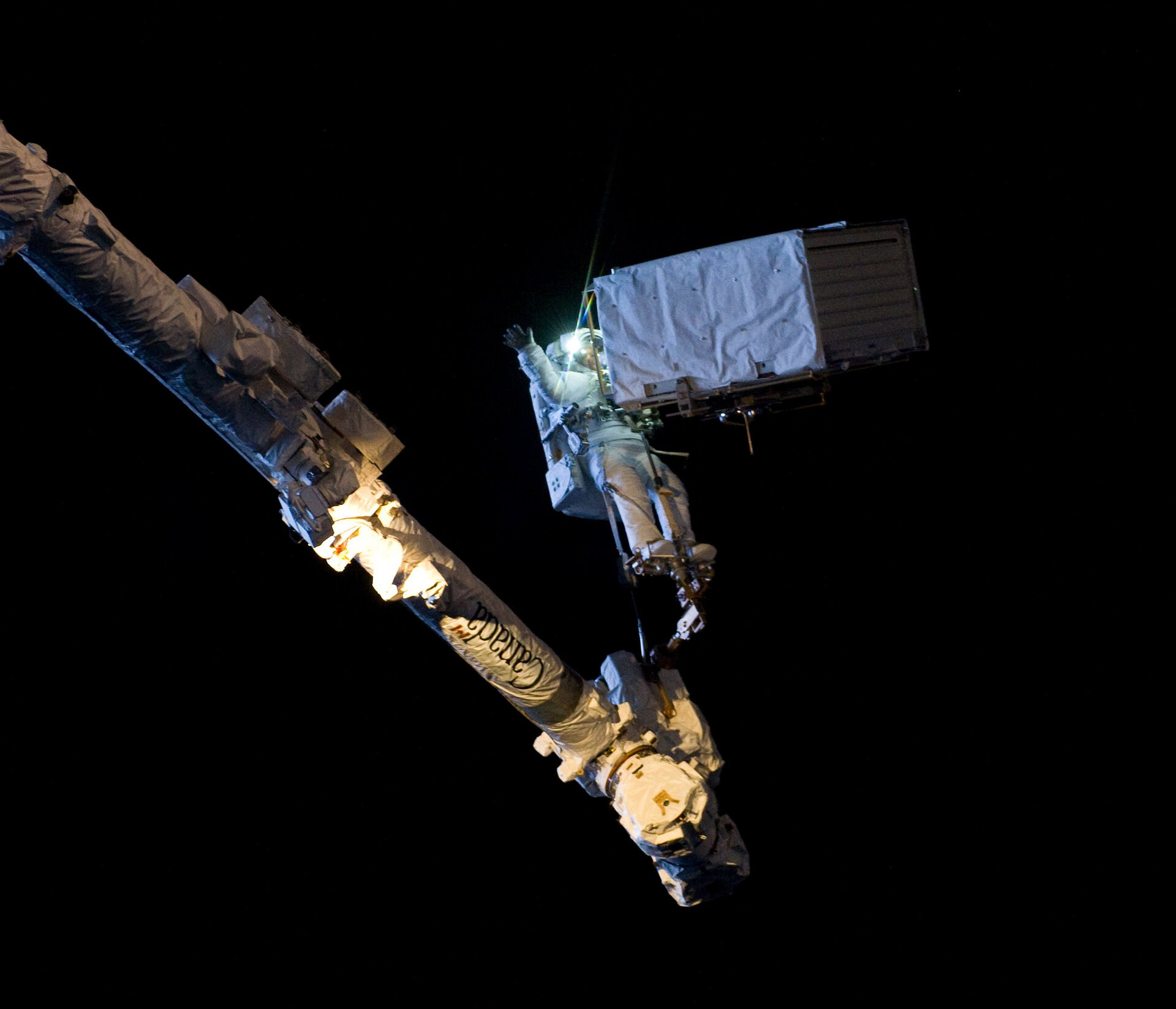 The most amazing thing

ESA astronaut Alexander Gerst shared this photo on social media with the comment: “Safe to say, this was the most amazing thing I have done in my life. The pump module I carry here has a mass of 400 kg. I could move it with my little finger.”

Alexander spent six hours and 13 minutes outside the International Space Station with NASA astronaut Reid Wiseman on Tuesday, 7 October 2014. This was the first spacewalk for both astronauts but they performed well in the weightlessness of orbit.

Alexander then helped Reid to upgrade the power relay on a trolley before they returned to the airlock at 18:34 GMT.