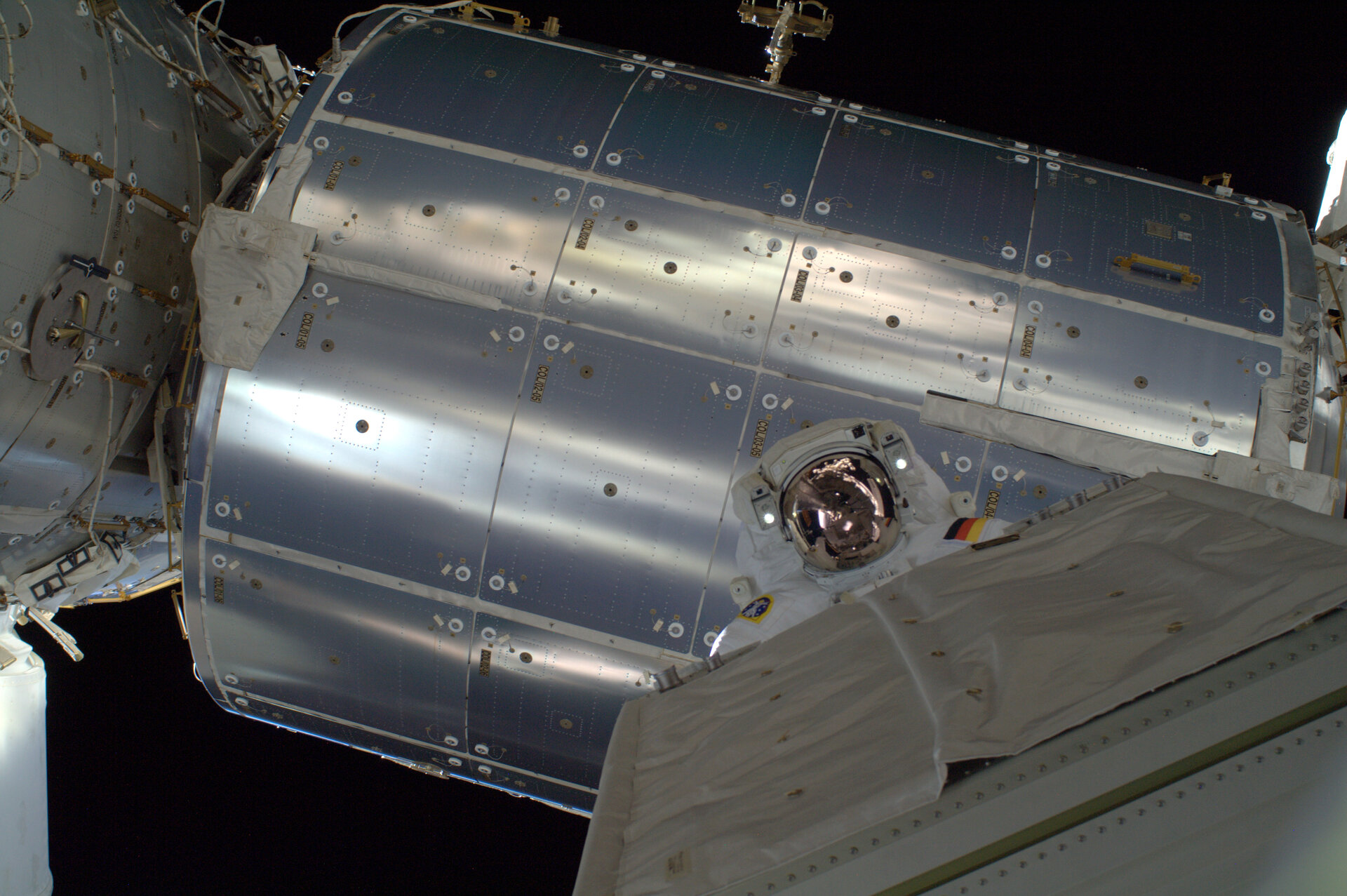 ESA astronaut Alexander Gerst spent 6 hours and 13 minutes outside the International Space Station with NASA astronaut Reid Wiseman on 7 October 2014. This was the first spacewalk for both astronauts.

After working with Reid to attach the pump, Alexander took the arm for a last ride to park it and prepare it for its next use, berthing visiting spacecraft. Here, Alexander had his hands free and time to take a few photographs.