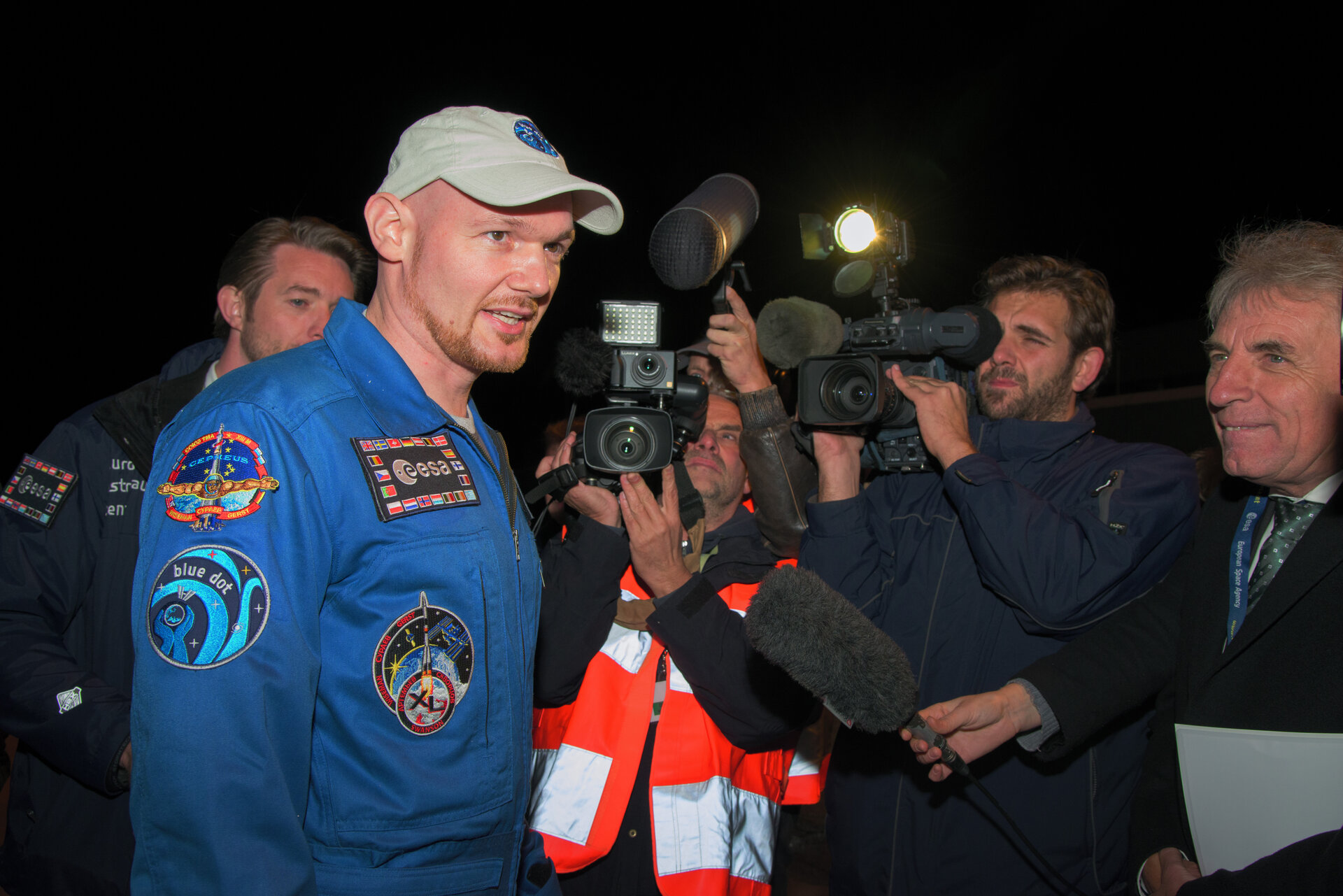 ESA astronaut Alexander Gerst arrives at Cologne’s airport in Germany within 12 hours of landing in Kazakhstan after spending almost six months in space.

Alexander, Russian commander Maxim Suraev and NASA astronaut Reid Wiseman returned to Earth on 10 November, landing at 03:58 GMT (04:58 CET) in the same Soyuz TMA-13M spacecraft that flew them to the International Space Station on 28 May.

From Kazakhstan, the three astronauts flew by helicopter to Kostenay, from where Max continued to Star City near Moscow, Russia, while Alexander and Reid boarded a NASA plane to Scotland. As the aircraft refuelled, Alexander said goodbye to Reid and transferred to a plane to Cologne.

Alexander will continue his rehabilitation in the care of an ESA team of doctors and physiotherapists at the German Aerospace Center’s state-of-the-art “:envihab” facility, next door to ESA’s astronaut centre.

Alexander performed more than 50 experiments during his flight on the weightless research centre as it circled our planet 400 km up. In just two weeks, ESA astronaut Samantha Cristoforetti will continue many of the experiments and begin new ones when she is launched on her ‘Futura’ mission.