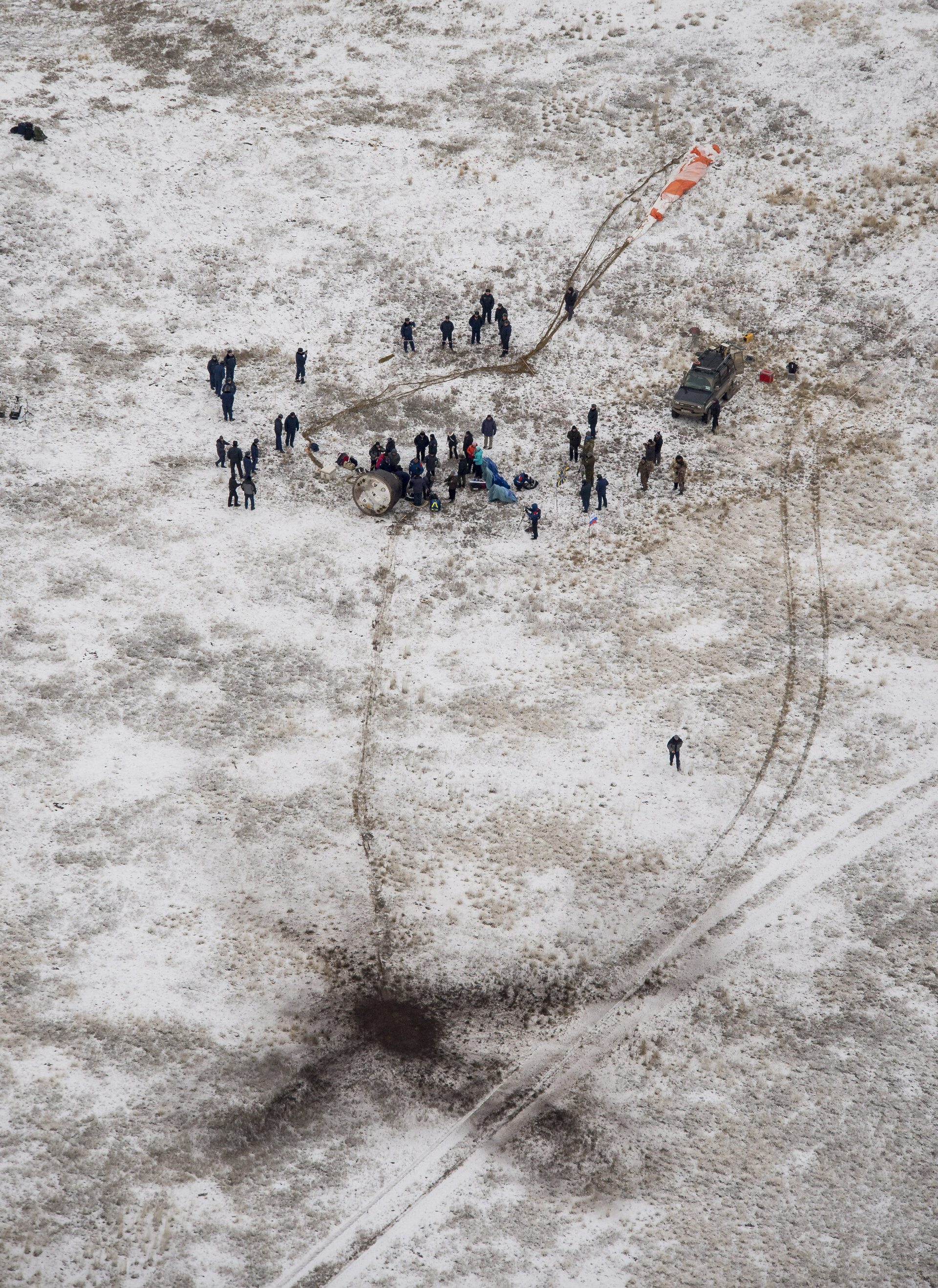 Ground support personnel are seen at the landing site after the Soyuz TMA-13M spacecraft landed with Expedition 41 Commander Max Suraev of the Russian Federal Space Agency (Roscosmos), NASA Flight Engineer Reid Wiseman and Flight Engineer Alexander Gerst of the European Space Agency (ESA) near the town of Arkalyk, Kazakhstan on Monday, Nov. 10, 2014. Suraev, Wiseman and Gerst returned to Earth after more than five months onboard the International Space Station where they served as members of the Expedition 40 and 41 crews.