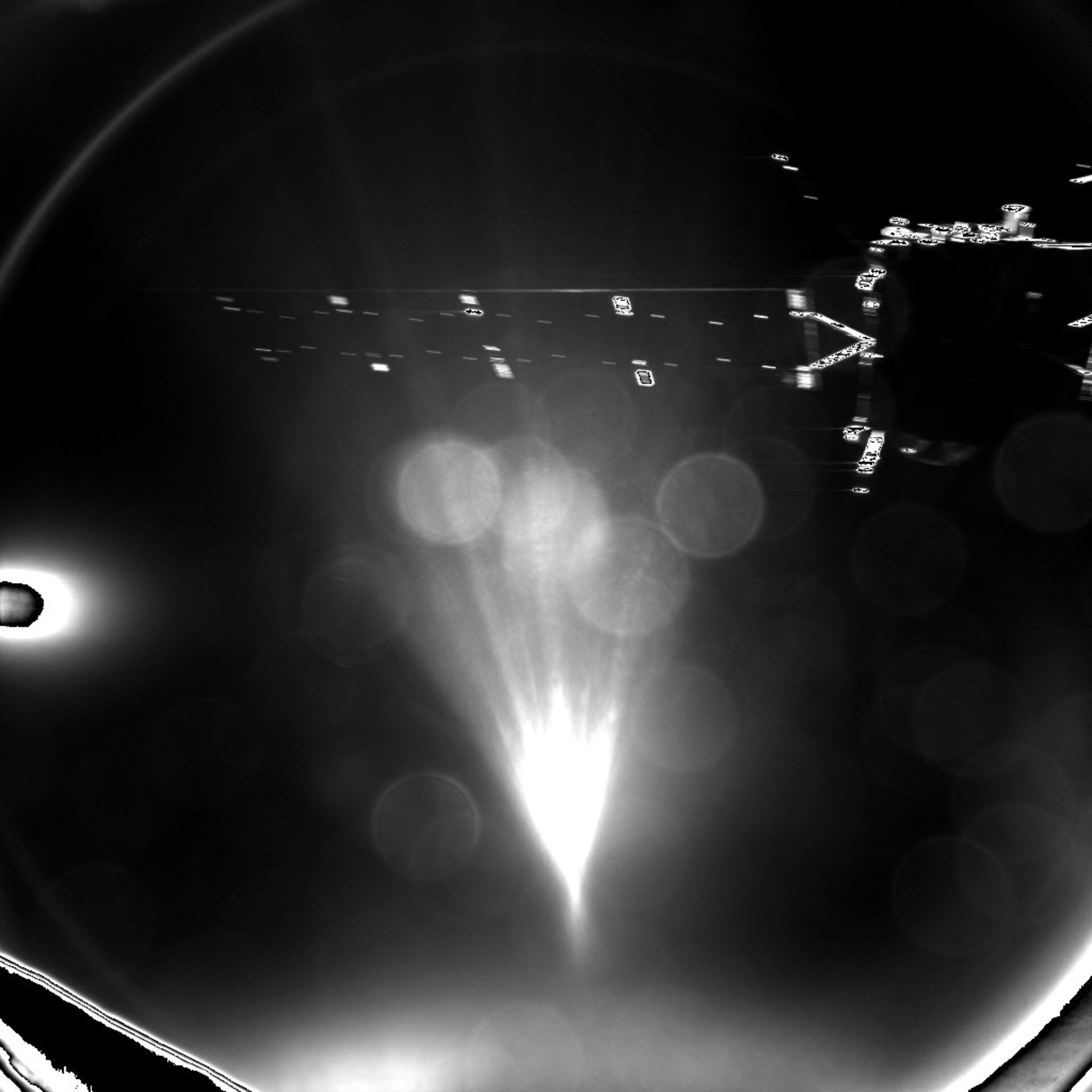 Rosetta’s lander Philae took this parting shot of its mothership shortly after separation. The image was taken with the lander’s CIVA-P imaging system and captures  one of Rosetta's 14 metre-long solar arrays. It was stored onboard the lander until the radio link was established with Rosetta around two hours after separation, and then relayed to Earth.

The lander separated from the orbiter at 09:03 GMT/10:03 CET and is expected to touch down on Comet 67P/Churyumov–Gerasimenko seven hours later. Confirmation of a successful touchdown is expected in a one-hour window centred on 16:02 GMT / 17:02 CET.

Rosetta and Philae had been riding through space together for more than 10 years. While Philae is set to become the first probe to land on a comet, Rosetta is already the first to rendezvous with a comet and follow it around the Sun. The information collected by Philae at one location on the surface will complement that collected by the Rosetta orbiter for the entire comet.