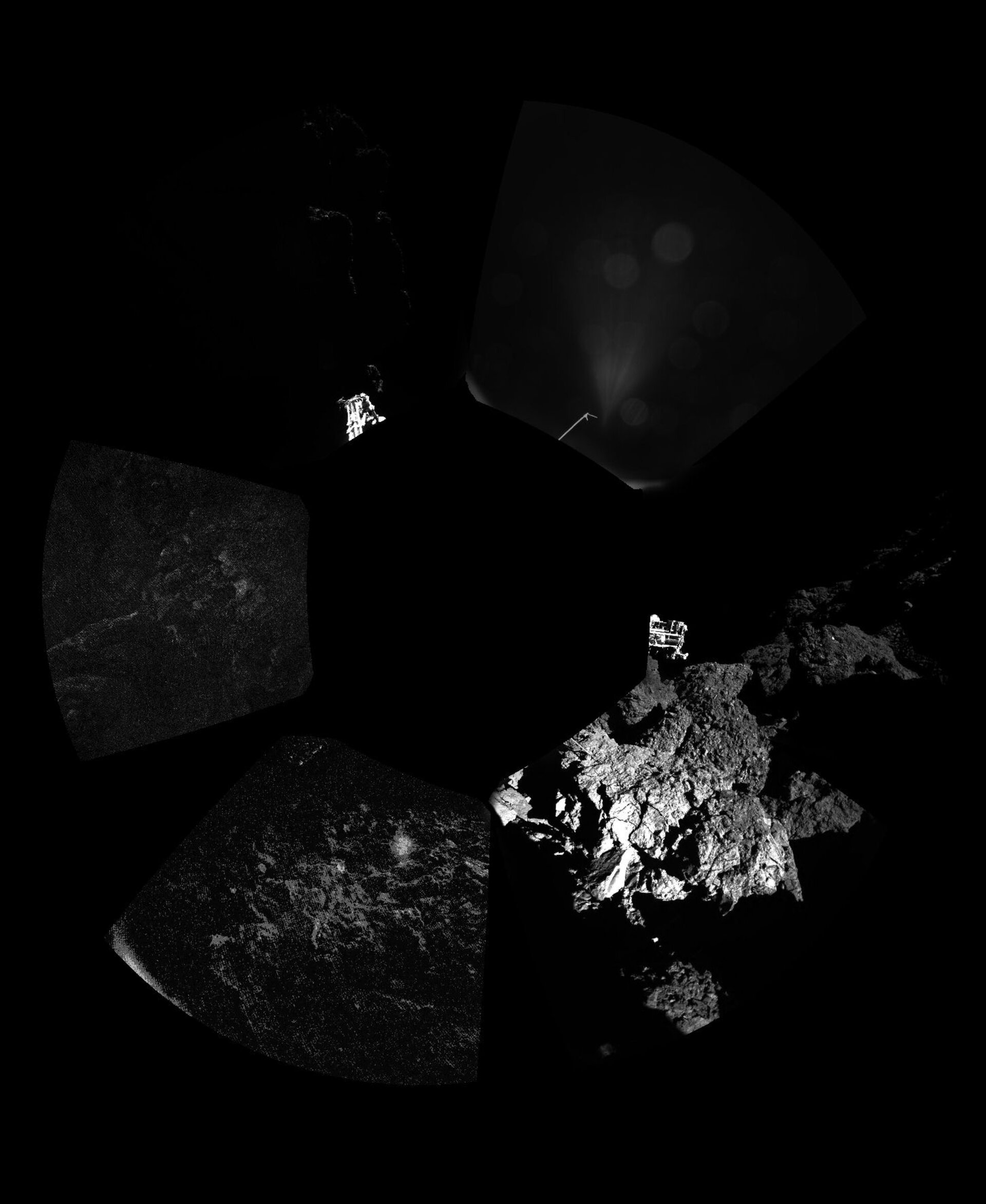 Rosetta’s lander Philae has returned the first panoramic image from the surface of a comet. The view, unprocessed, as it has been captured by the CIVA-P imaging system, shows a 360º view around the point of final touchdown. The three feet of Philae’s landing gear can be seen in some of the frames.

Confirmation of Philae’s touchdown on the surface of Comet 67P/Churyumov–Gerasimenko arrived on Earth at 16:03 GMT/17:03 CET on 12 November.