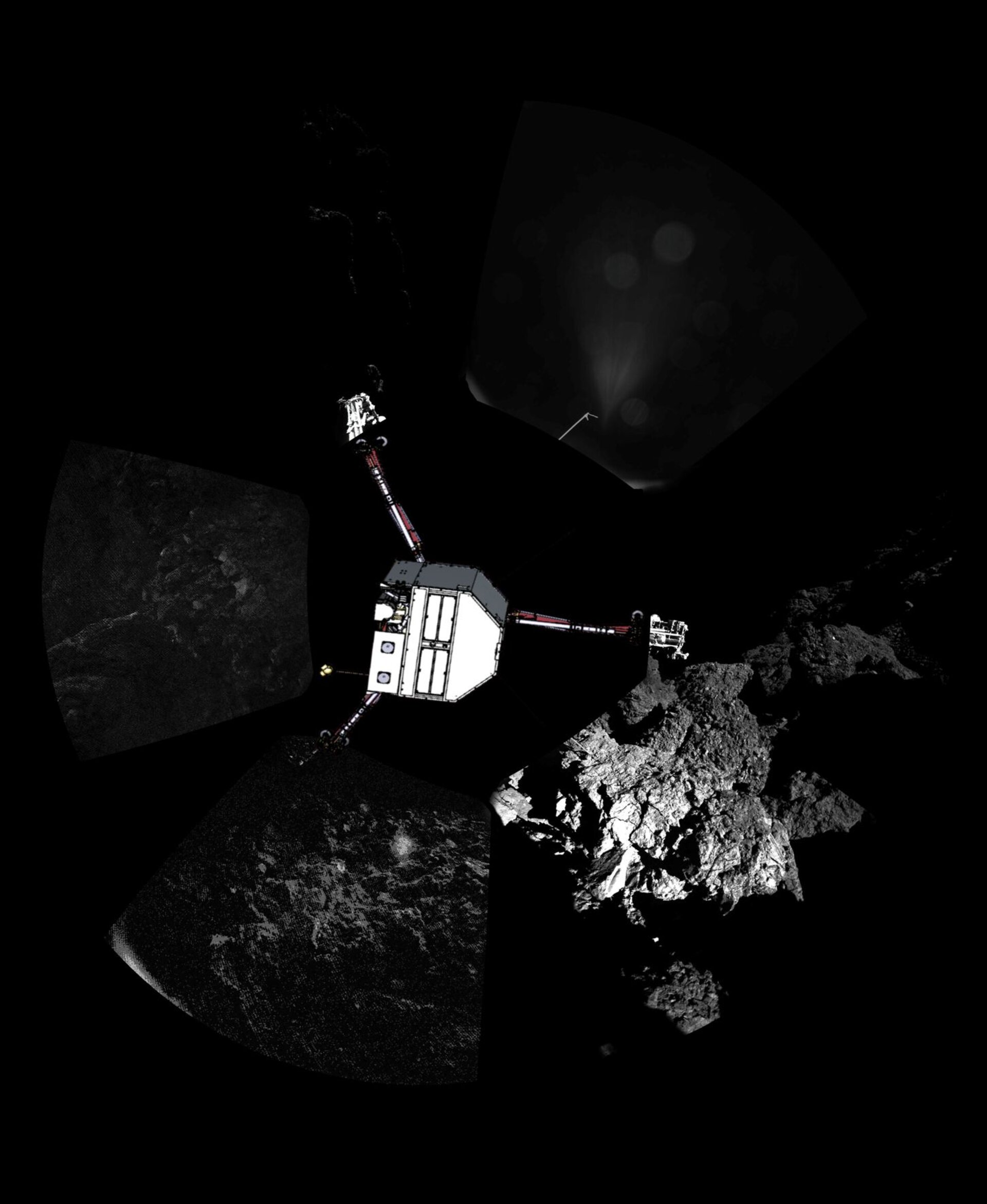 Rosetta’s lander Philae has returned the first panoramic image from the surface of a comet. The view, unprocessed, as it has been captured by the CIVA-P imaging system, shows a 360º view around the point of final touchdown. The three feet of Philae’s landing gear can be seen in some of the frames.

Superimposed on top of the image is a sketch of the Philae lander in the configuration the lander team currently believe it is in.

Confirmation of Philae’s touchdown on the surface of Comet 67P/Churyumov–Gerasimenko arrived on Earth at 16:03 GMT/17:03 CET on 12 November.