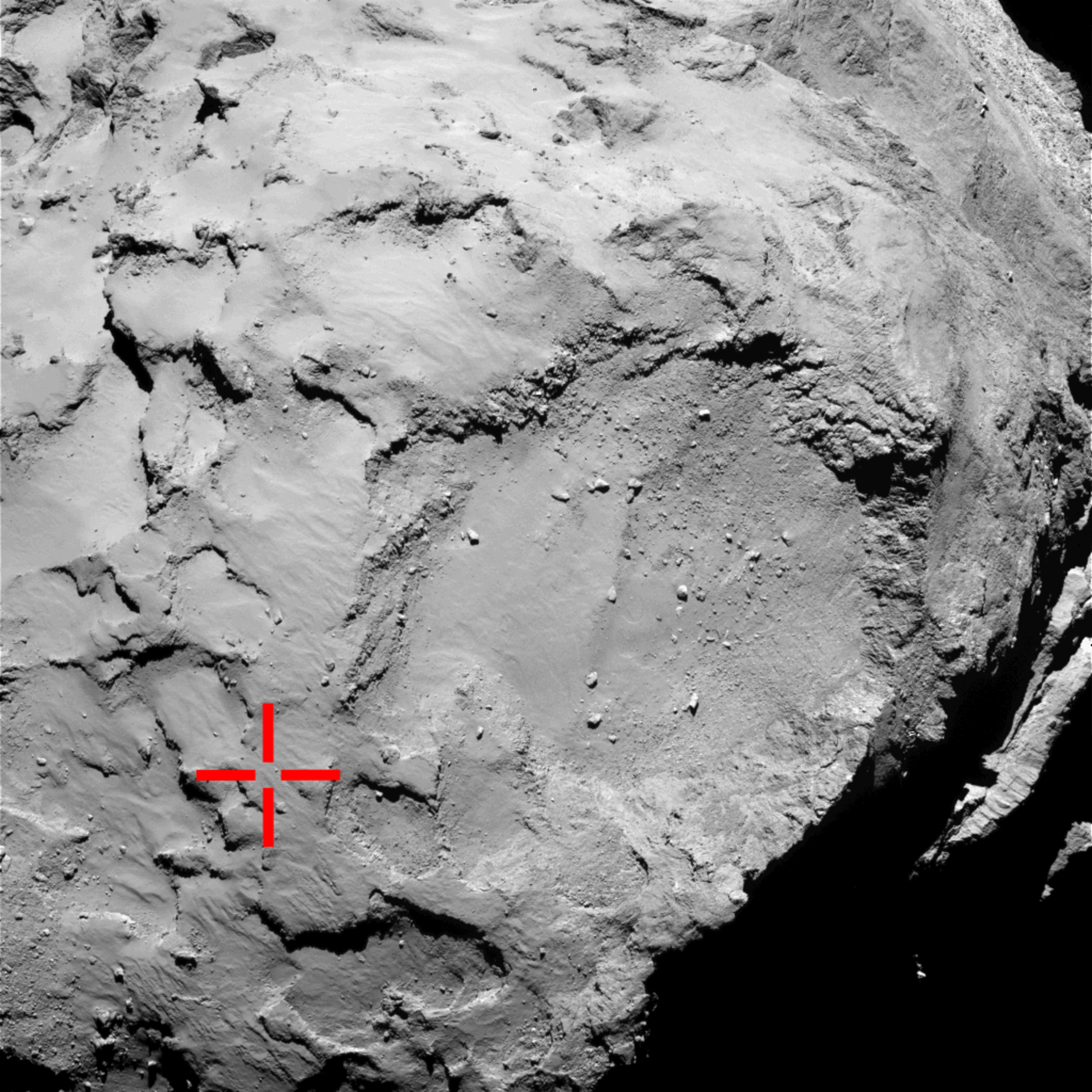 his image from Rosetta’s OSIRIS narrow-angle camera is marked to show the location of the first touchdown point of the Philae lander. It is thought that Philae bounced twice before settling on the surface of Comet 67P/Churyumov-Gerasimenko.

The OSIRIS image was taken from a distance of 50 km on 2 September 2014, prior to landing.