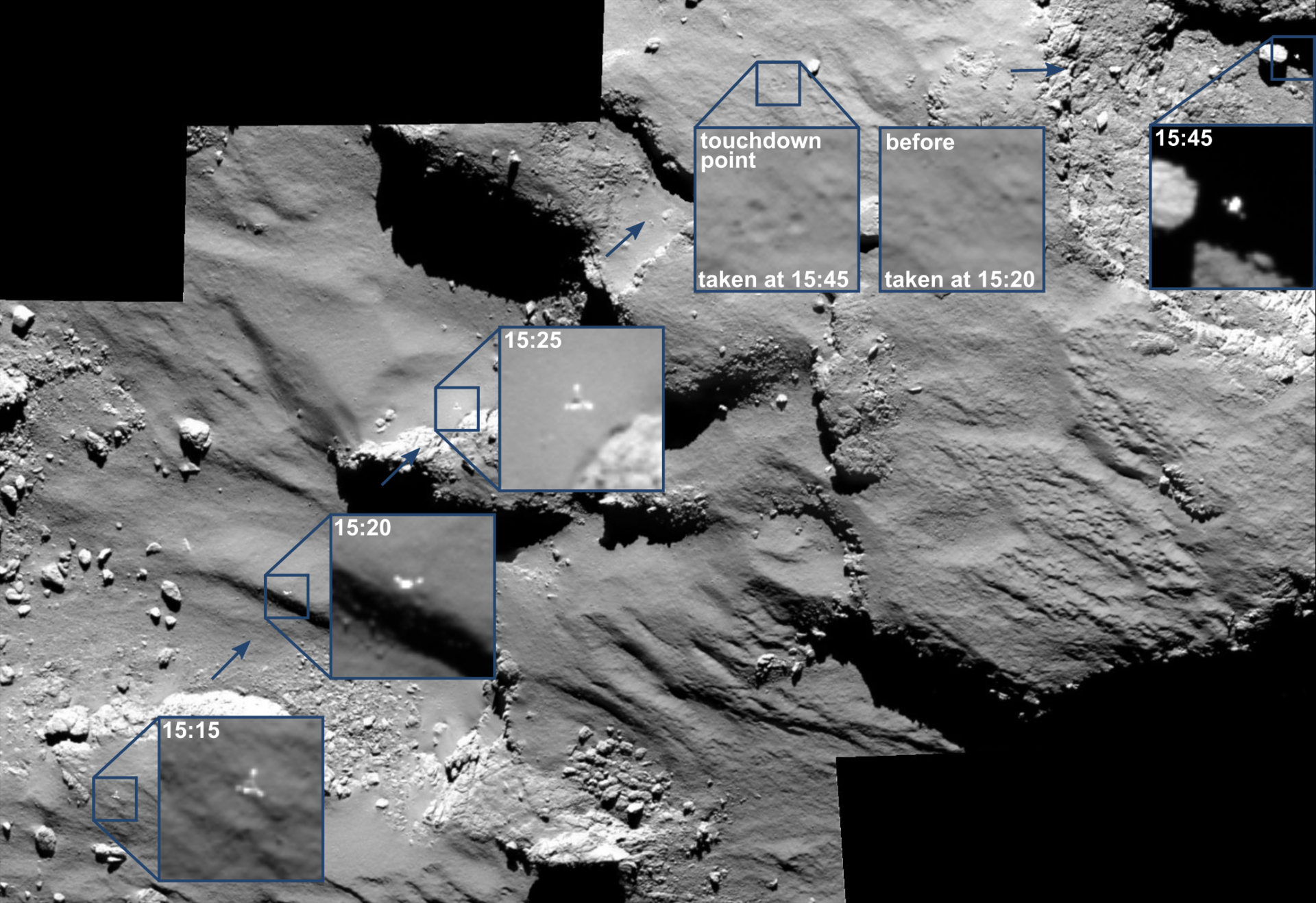 Note: the timestamps on the images have been updated (1 May 2019)

These incredible images show the breathtaking journey of Rosetta’s Philae lander as it approached and then rebounded from its first touchdown on Comet 67P/Churyumov–Gerasimenko on 12 November 2014.

The mosaic comprises a series of images captured by Rosetta’s OSIRIS camera over a 30 minute period spanning the first touchdown. The time of each of image is marked on the corresponding insets and is in GMT. A comparison of the touchdown area shortly before and after first contact with the surface is also provided. (Touchdown occurred at 15:34 GMT spacecraft time (with the signal received on Earth at 16:03 GMT); the image marked 'touchdown point' was taken afterwards, but clearly shows the evidence of the touchdown event when comparing with an image taken previously.)

The images were taken with Rosetta’s OSIRIS narrow-angle camera when the spacecraft was 17.5 km from the comet centre, or roughly 15.5 km from the surface. They have a resolution of 28 cm/pixel and the enlarged insets are 17 x 17 m.

From left to right, the images show Philae descending towards and across the comet before touchdown. The image taken after touchdown, confirms that the lander was moving east, as first suggested by the data returned by the CONSERT experiment, and at a speed of about 0.5 m/s.

The final location of Philae is still not known, but after touching down and bouncing again at 17:25 GMT, it reached there at 17:32 GMT. The imaging team is confident that combining the CONSERT ranging data with OSIRIS and navcam images from the orbiter and images from near the surface and on it from Philae’s ROLIS and CIVA cameras will soon reveal the lander’s whereabouts.

The insets are provided separately via the blog: OSIRIS spots Philae drifting across the comet