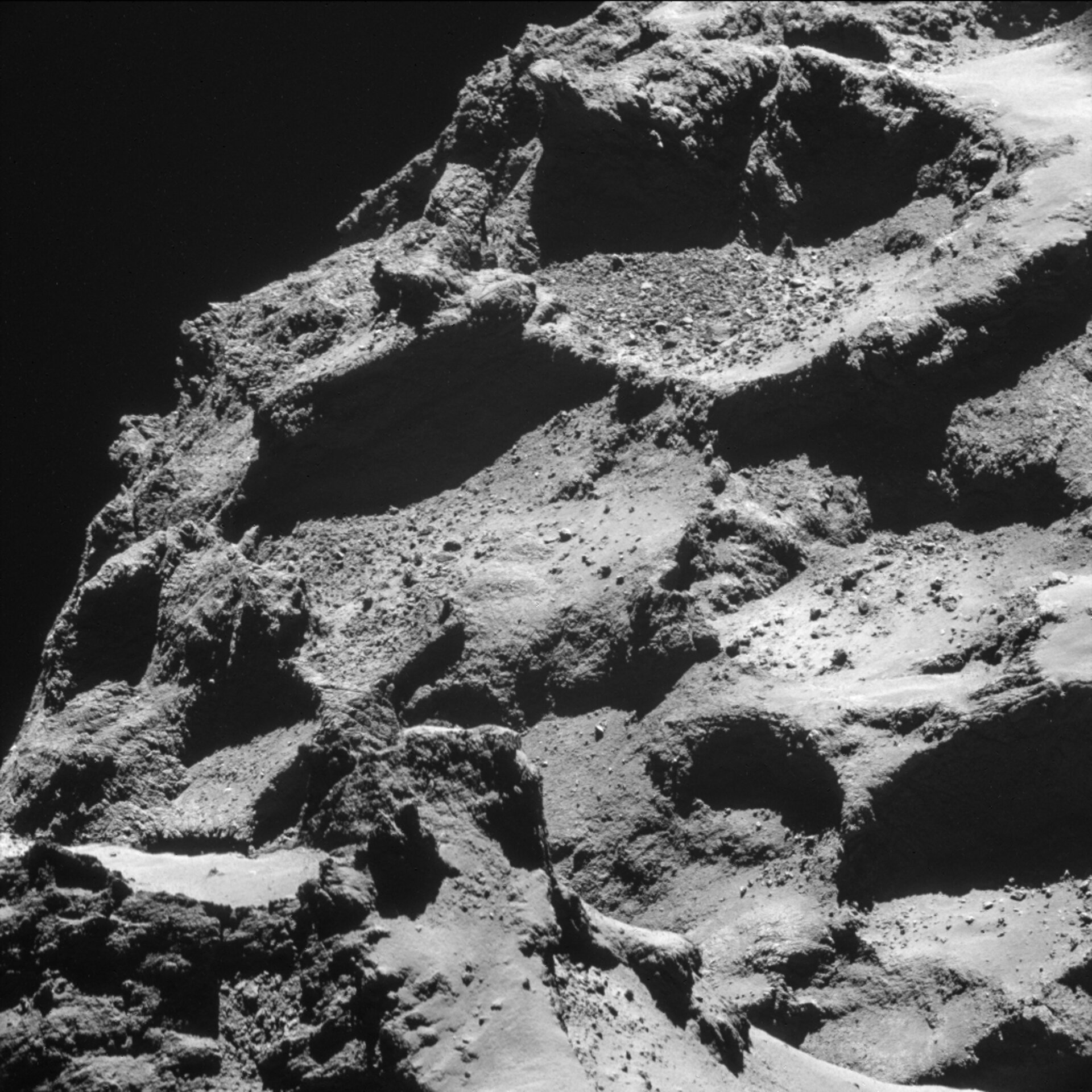 This view looks from the smaller of Comet 67P/Churyumov–Gerasimenko’s two lobes (foreground in lower left) over to the larger lobe, which occupies most of the frame and which is dominated by rubble-filled depressions. One, just to the right of centre in the lower part of the image, has a near-circular appearance. It is expected that some circular pits on the comet are associated with the source of activity, perhaps as gas vents from the comet’s porous interior. Whether this is such a feature is yet to be confirmed.