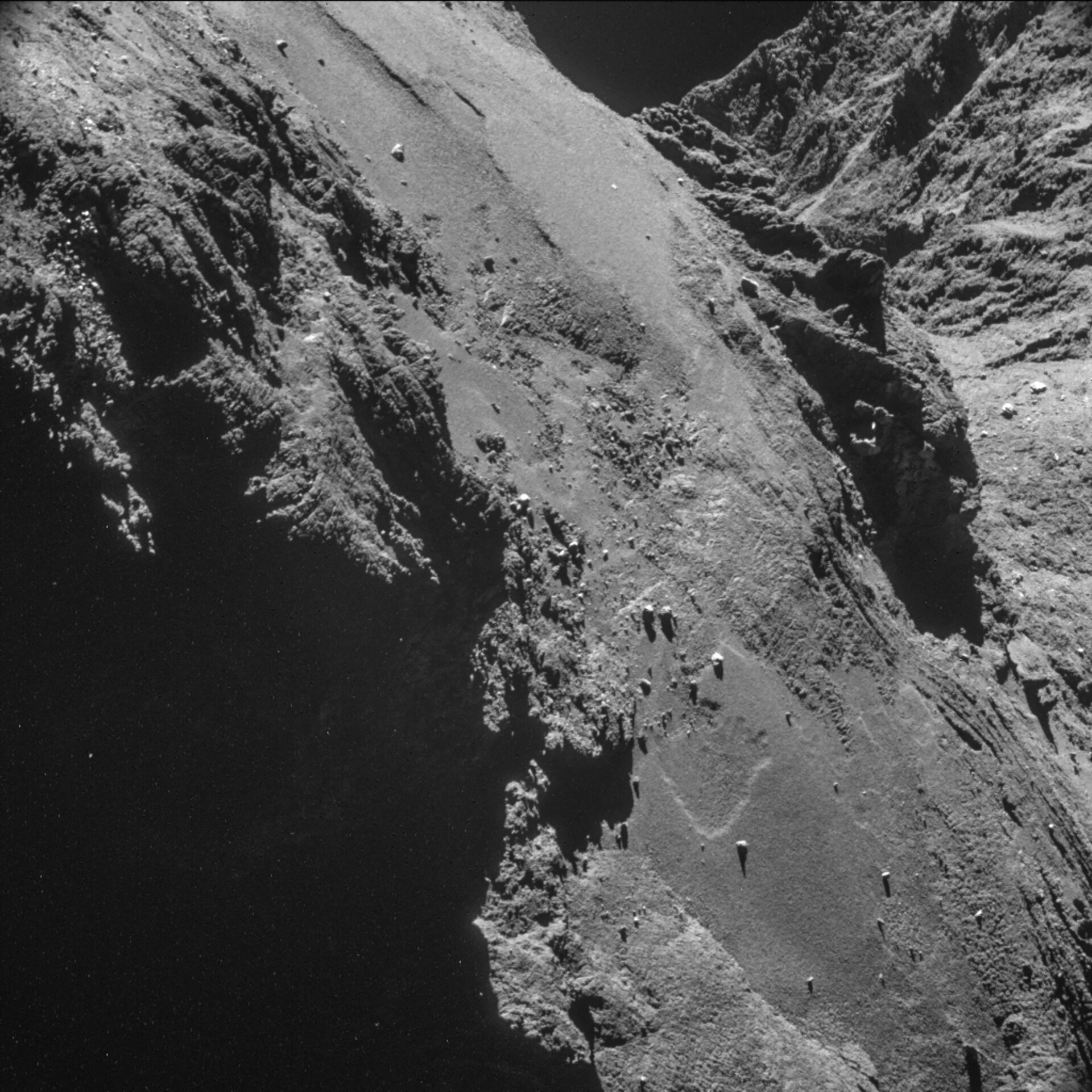 Boulders seem to defy gravity in this view, apparently clinging to the steep sides of the larger lobe of Comet 67P/Churyumov–Gerasimenko, although of course it is all a matter of the orientation of the image and the local gravity vector. But perhaps the most intriguing feature in this frame is on the right-hand side, where thin layers of rock have the appearance of being flexed or compressed. This feature sits close to the ‘neck’ of the comet, which can be seen in the background rising up towards the smaller of the comet’s two lobes.

One theory for the comet’s formation is that two smaller bodies collided to create the comet shape we see today. Whether this layered feature is due to such a scenario or a completely different process remains to be seen.