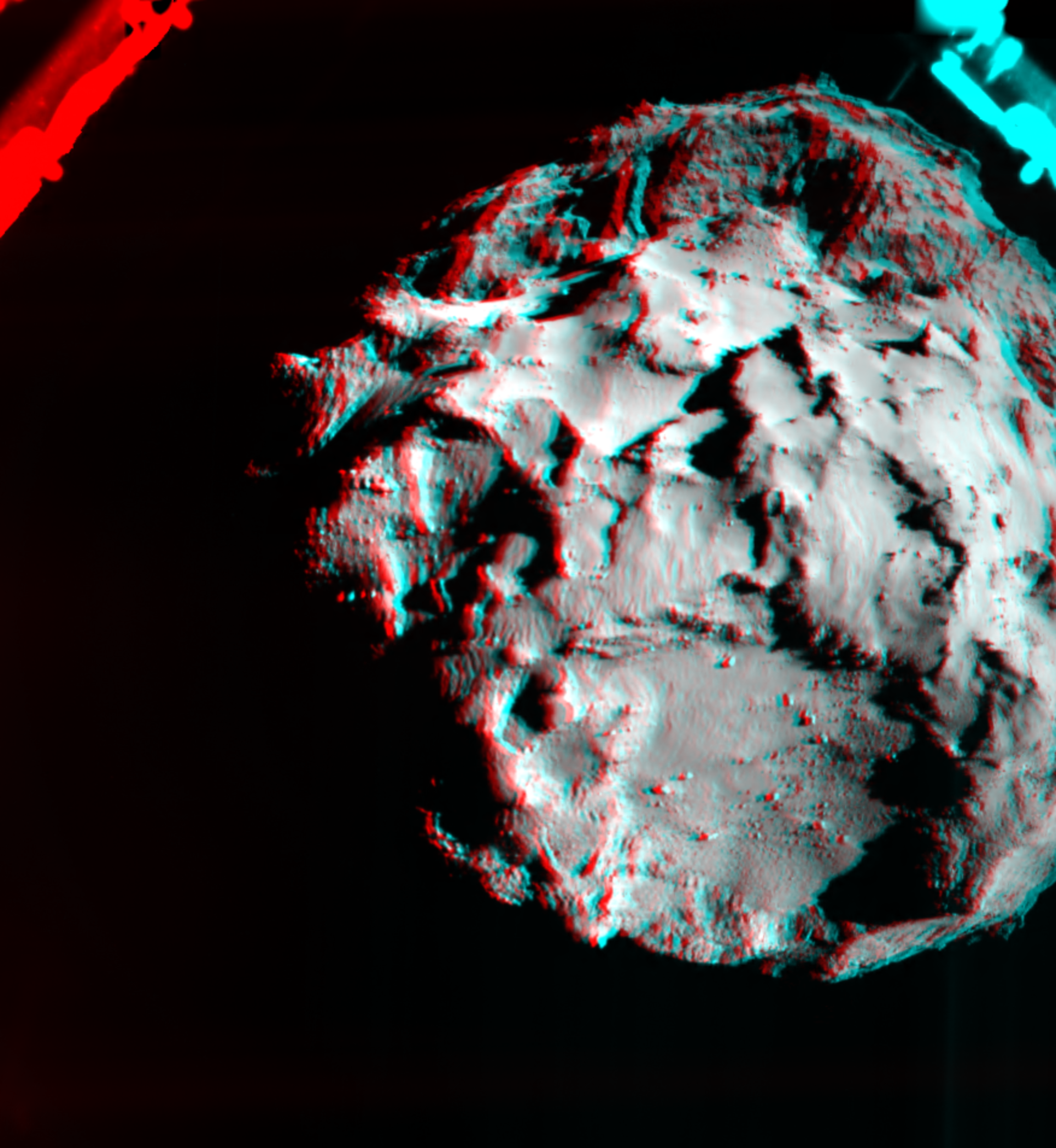 The image shows comet 67P/CG acquired by the ROLIS instrument on the Philae lander during descent on Nov 12, 2014.

This image combines two ROLIS images, acquired about an hour before the first touchdown at 15:34 GMT/16:34 CET (time onboard the spacecraft), which was confirmed on Earth at 16:03 GMT/17:03 CET. The images are separated by two minutes and the resolution is three metres per pixel.

To appreciate the 3D effect, the image must be viewed with red-blue/green glasses.

The ROLIS instrument is a down-looking imager that acquires images during the descent and doubles as a multispectral close-up camera after the landing. The aim of the ROLIS experiment is to study the texture and microstructure of the comet's surface. ROLIS (ROsetta Lander Imaging System) is a descent and close-up camera on the Philae Lander. It has been developed by the DLR Institute of Planetary Research, Berlin.