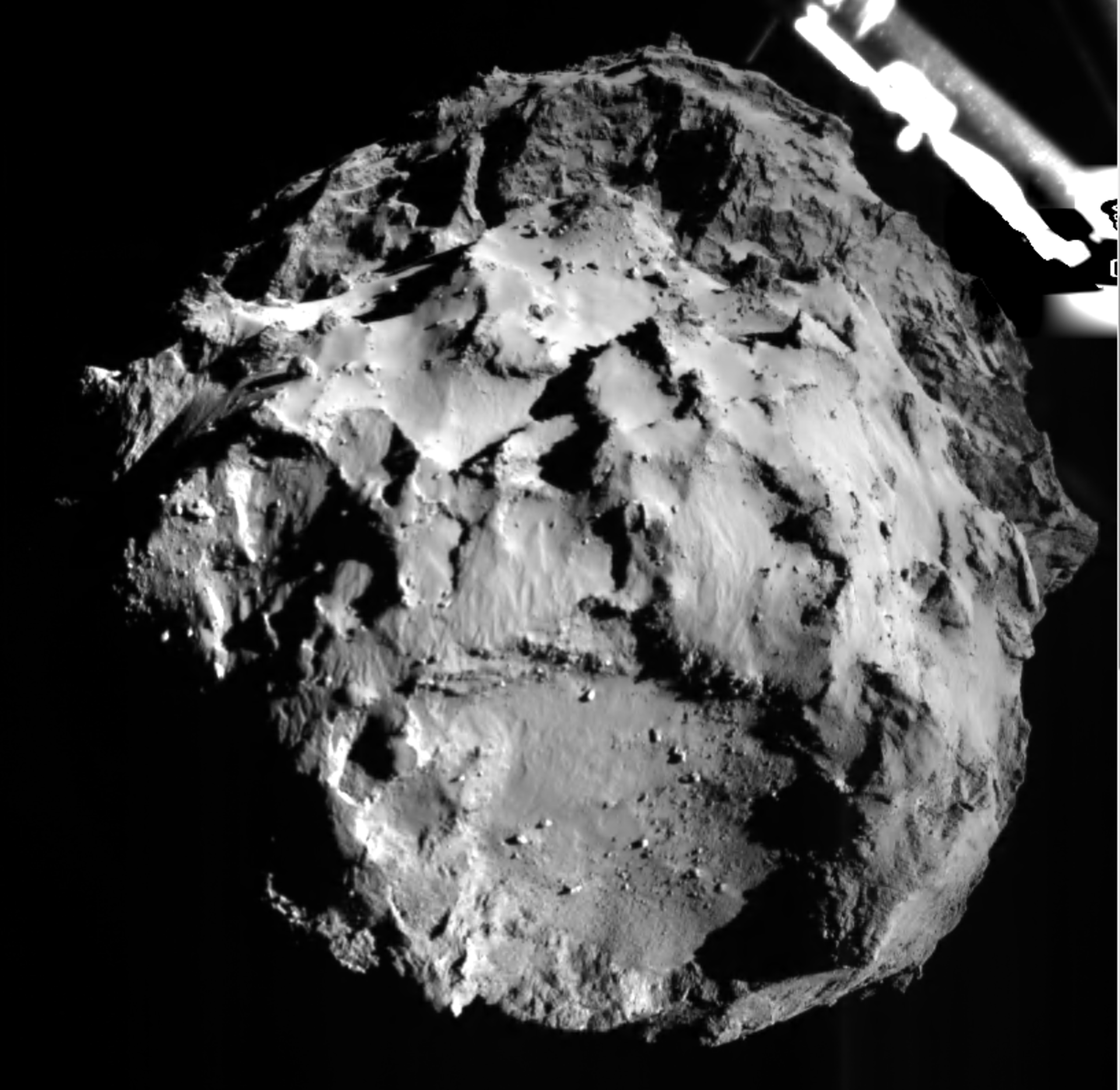 The image shows comet 67P/CG acquired by the ROLIS instrument on the Philae lander during descent on Nov 12, 2014 14:38:41 UT from a distance of approximately 3 km from the surface. The landing site is imaged with a resolution of about 3m per pixel.

The ROLIS instrument is a down-looking imager that acquires images during the descent and doubles as a multispectral close-up camera after the landing. The aim of the ROLIS experiment is to study the texture and microstructure of the comet's surface. ROLIS (ROsetta Lander Imaging System) is a descent and close-up camera on the Philae Lander. It has been developed by the DLR Institute of Planetary Research, Berlin. The lander separated from the orbiter at 09:03 GMT (10:03 CET) and touched down on Comet 67P/Churyumov–Gerasimenko seven hours later.