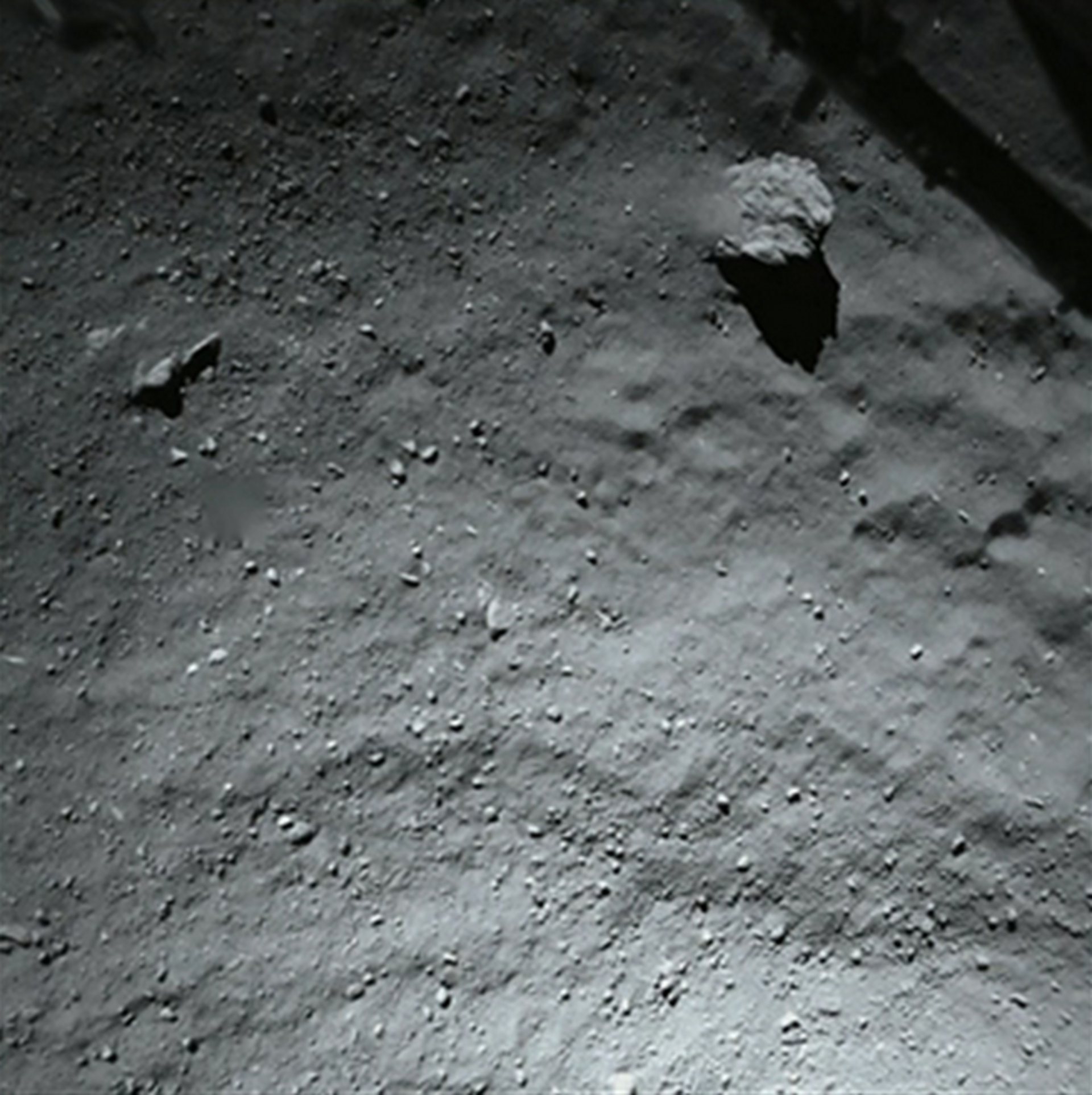 This image was taken by Philae's down-looking descent ROLIS imager when it was about 40 m above the surface of Comet 67P/Churyumov-Gerasimenko.

It shows that the surface of the comet is covered by dust and debris ranging from mm to metre sizes.

The large block in the top right corner is 5 m in size. In the same corner the structure of the Philae landing gear is visible.

The aim of the ROLIS experiment is to study the texture and microstructure of the comet's surface. ROLIS (ROsetta Lander Imaging System) has been developed by the DLR Institute of Planetary Research, Berlin.