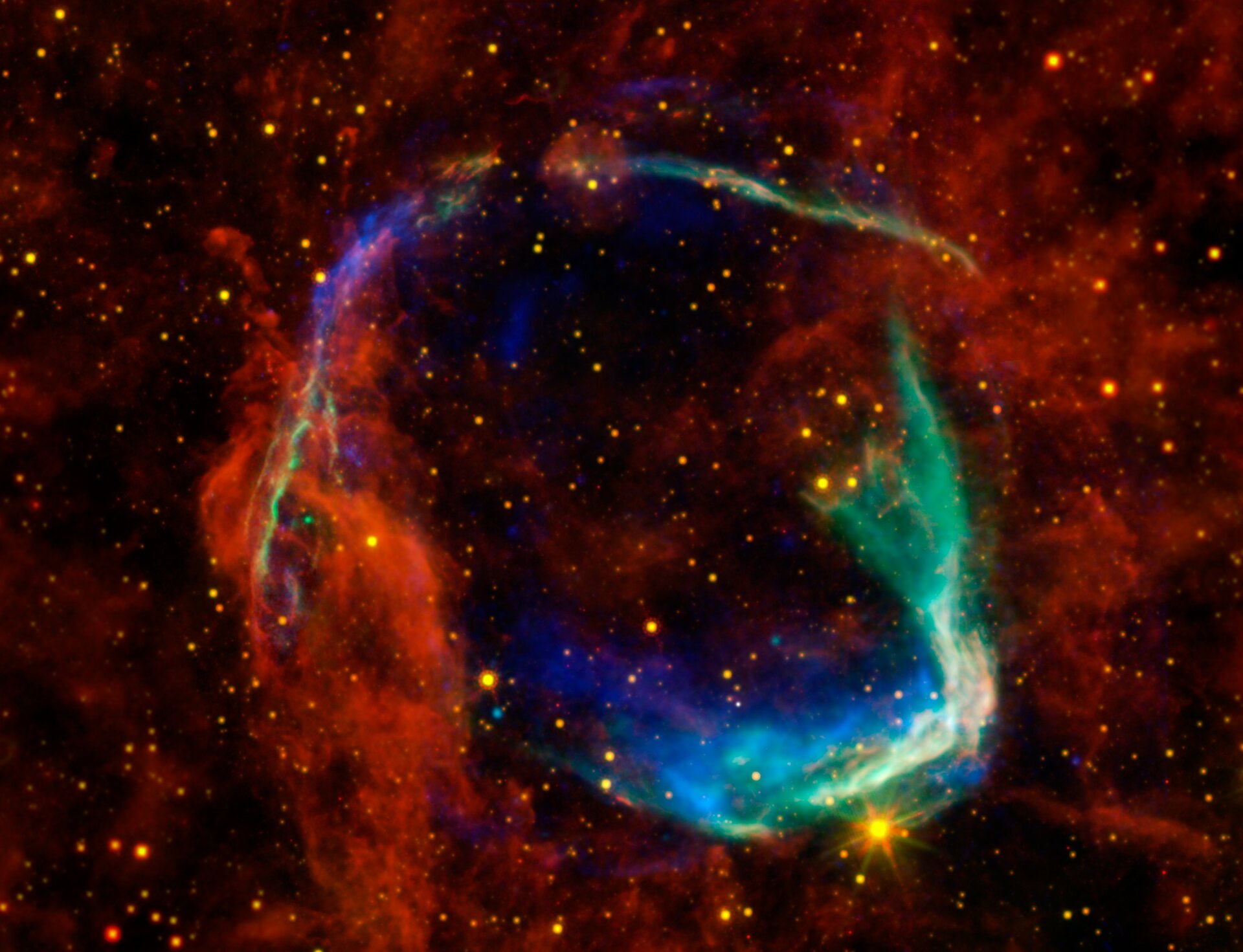 Most celestial events unfold over thousands of years or more, making it impossible to follow their evolution on human timescales. Supernovas are notable exceptions, the powerful stellar explosions that make stars as bright as an entire galaxy for several days.

Although they are very rare – only a few such explosions take place every century in a typical galaxy – supernovas can be seen with the naked eye if they are reasonably nearby. In fact, when supernovas were discovered they were thought to be new stars appearing in the sky – ‘nova’ means new in Latin.

Astronomers have recorded supernovas long before a theoretical understanding of these events as stellar explosions was developed in the 20th century. The most ancient documented record dates back to 185 AD, when Chinese astronomers saw a ‘guest star’ that remained visible for several months, in the vicinity of the two stars Alpha and Beta Centauri.

The blue and green glow at the edges of the bubble represents X-ray emission from hot gas, heated to millions of degrees by shock waves generated after the explosion. The diffuse red glow marks infrared emission from warm dust in the interstellar medium around RCW 86. Sprinkled across the image, in yellow, are young stars that shine brightly at infrared wavelengths.

The supernova remnant RCW 86 is some 8000 light-years away.

This image was first published in 2011.