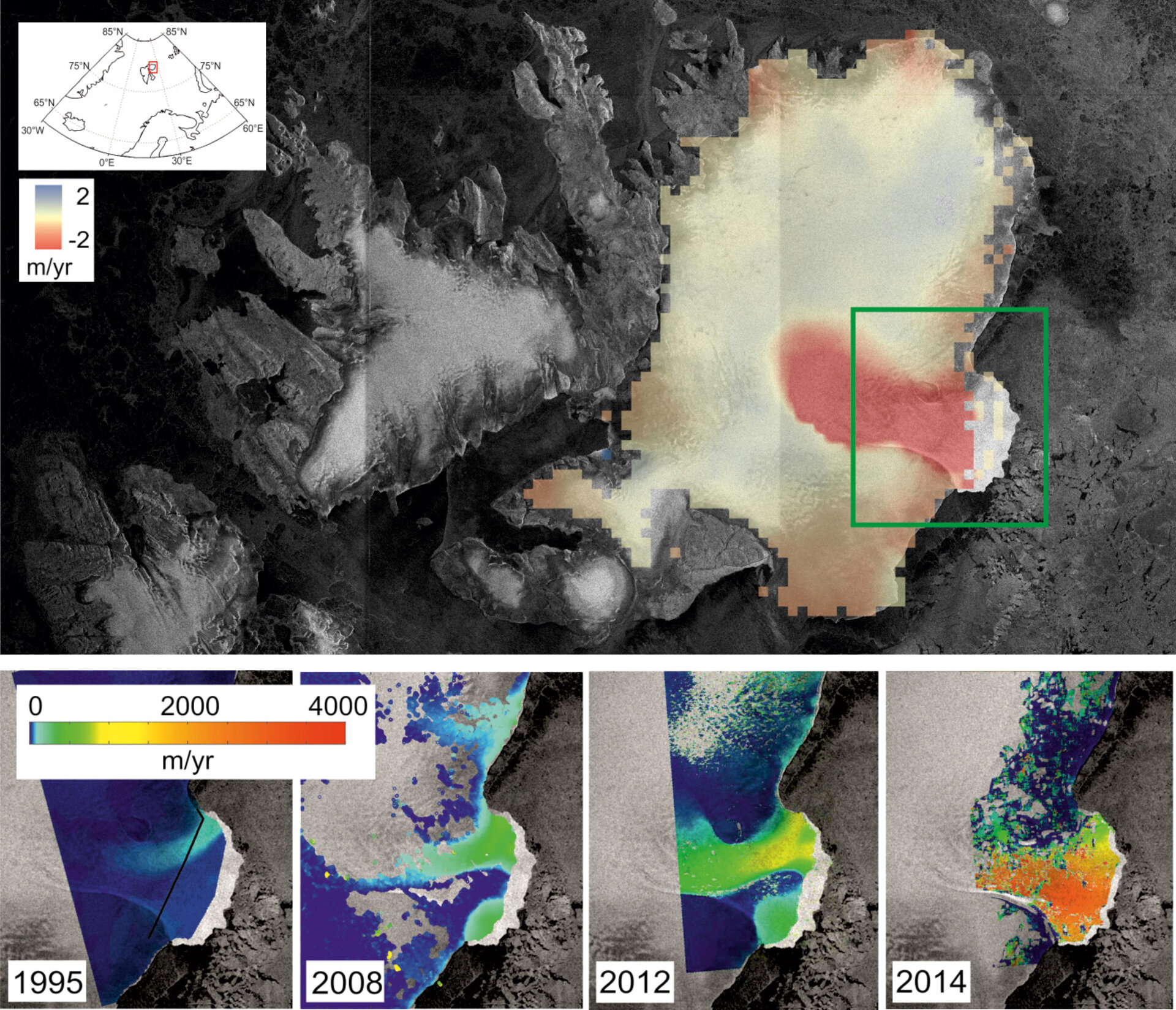 The main figure (top) shows the rate of ice cap elevation change between 2010 and 2014 observed by CryoSat, overlaid on an image acquired by Sentinel-1A (in 2014). Red indicates that the ice surface is lowering. In the southeast region (green box) ice thinning far exceeds the colour scale of 2 m per year.

A closer look at the southeast region is shown in the four smaller figures below. These figures show the evolution of ice velocity over the last two decades. Ice velocity in 2014 was mapped using Sentinel-1A and the DLR German Aerospace Center’s TerraSAR-X mission.