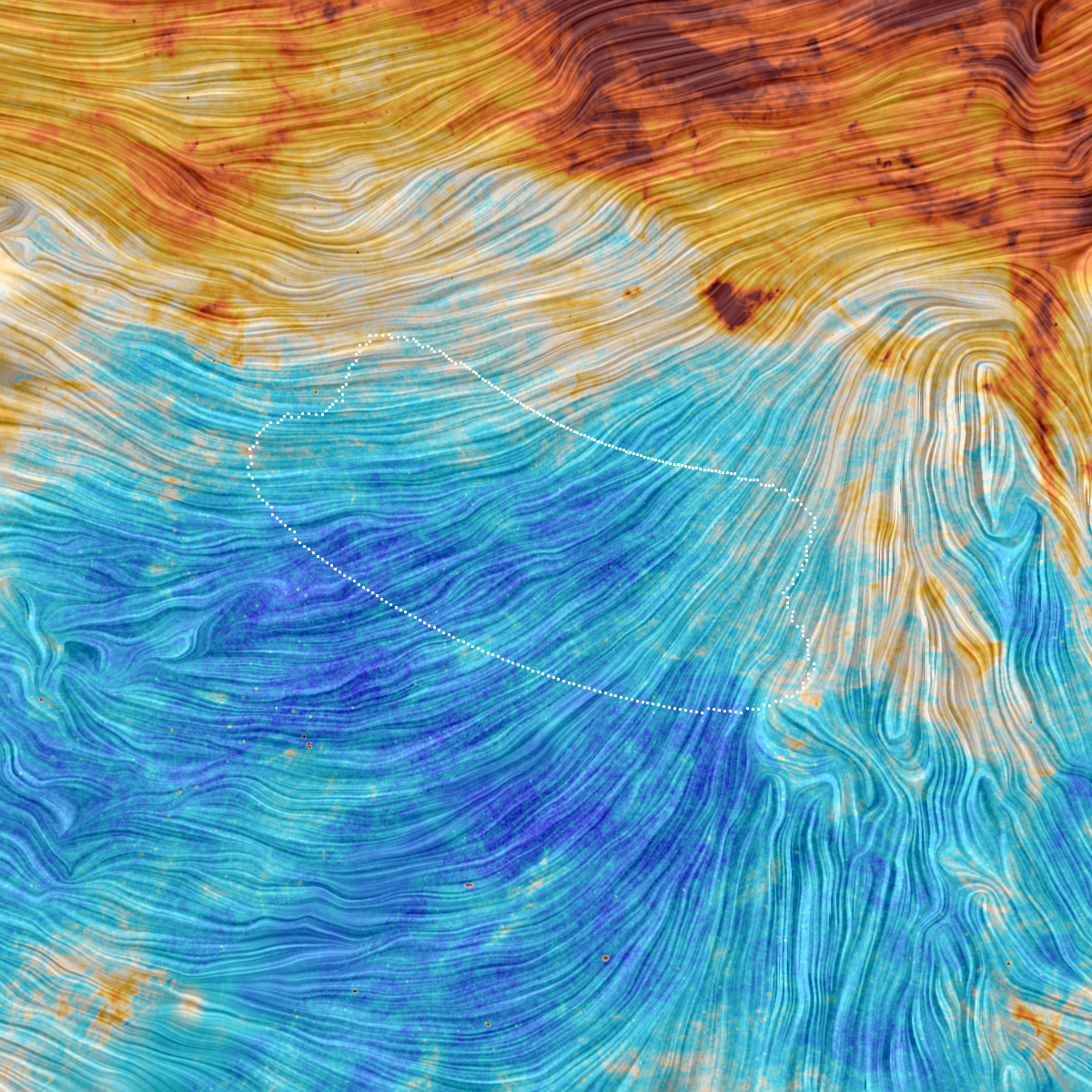 This image shows a patch of the southern sky and is based on observations performed by ESA’s Planck satellite at microwave and sub-millimetre wavelengths.

The colour scale represents the emission from dust, a minor but crucial component of the interstellar medium that pervades our Milky Way galaxy. The texture, instead, indicates the orientation of the Galactic magnetic field. It is based on measurements of the direction of the polarised light emitted by the dust.

The highlighted region shows the position of a small patch of the sky that was observed with two ground-based experiments at the South Pole, BICEP2 and the Keck Array, and yielding a possible detection of curly B-modes in the polarisation of the Cosmic Microwave Background (CMB), the most ancient light in the history of the Universe.

However, a joint analysis of data from BICEP2, the Keck Array, and Planck has later shown that this signal is likely not cosmological in nature, but caused by dust in our Galaxy.

The image shows that dust emission is strongest along the plane of the Galaxy, in the upper part of the image, but that it cannot be neglected even in other regions of the sky. The small cloud visible in red, to the upper right of the BICEP2 field, shows dust emission from the Small Magellanic Cloud, a satellite galaxy of the Milky Way.