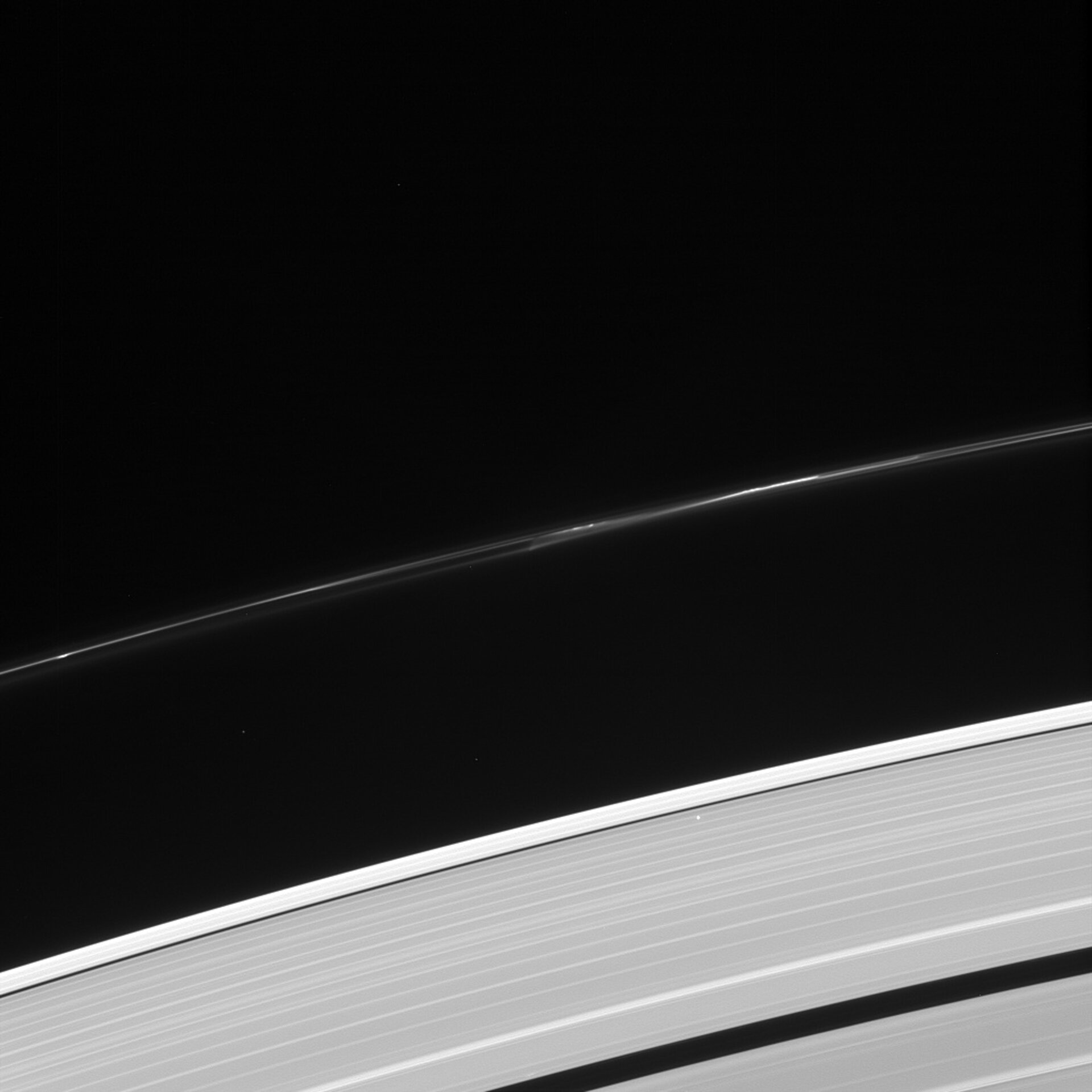 Wish upon a star

What's that bright point of light in the outer A ring? It's a star, bright enough to be visible through ring! Quick, make a wish!
This star - seen in the lower right quadrant of the image - was not captured by coincidence, it was part of a stellar occultation. By monitoring the brightness of stars as they pass behind the rings, scientists using this powerful observation technique can inspect detailed structures within the rings and how they vary with location.
This view looks toward the sunlit side of the rings from about 44 degrees above the ringplane. The image was taken in visible light with the Cassini spacecraft narrow-angle camera on 8 October 2013.
The view was acquired at a distance of approximately 1.8 million kilometres from the rings and at a Sun-Rings-Spacecraft, or phase, angle of 96 degrees. Image scale is 11 kilometeres per pixel.

For more information about the Cassini Solstice Mission see ciclops.org