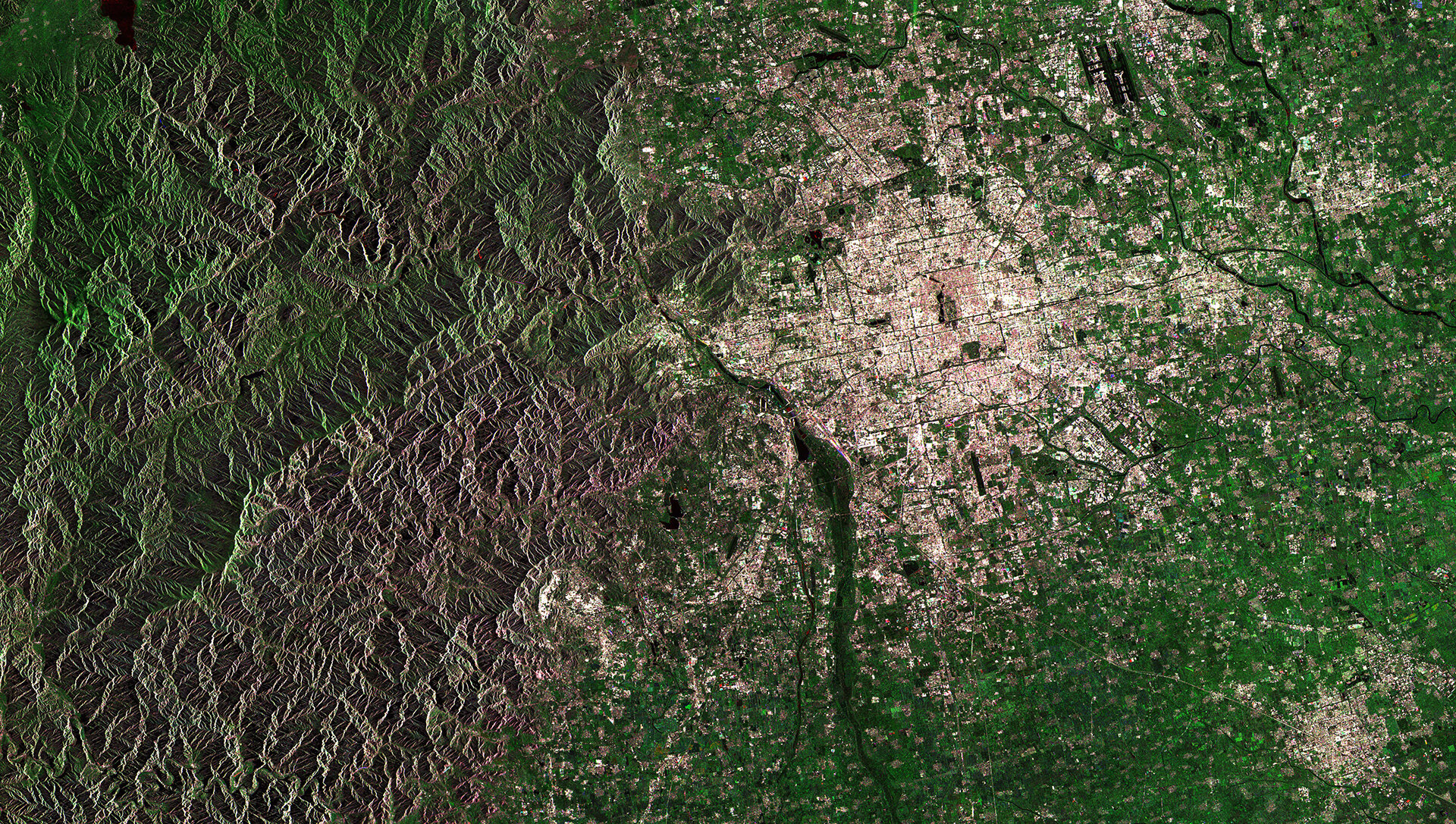 This image from the Sentinel-1A satellite shows the capital of the People’s Republic of China, Beijing. It is one of the most populous cities in the world with over 21 million people, but during the Chinese new year or ‘Spring Festival’, millions travel from the big cities back to their hometowns to spend the holiday with their families in what is considered the world’s largest annual migration.

This image is a compilation of three scans by Sentinel-1A’s radar from 8 October, 13 November and 31 December 2014.