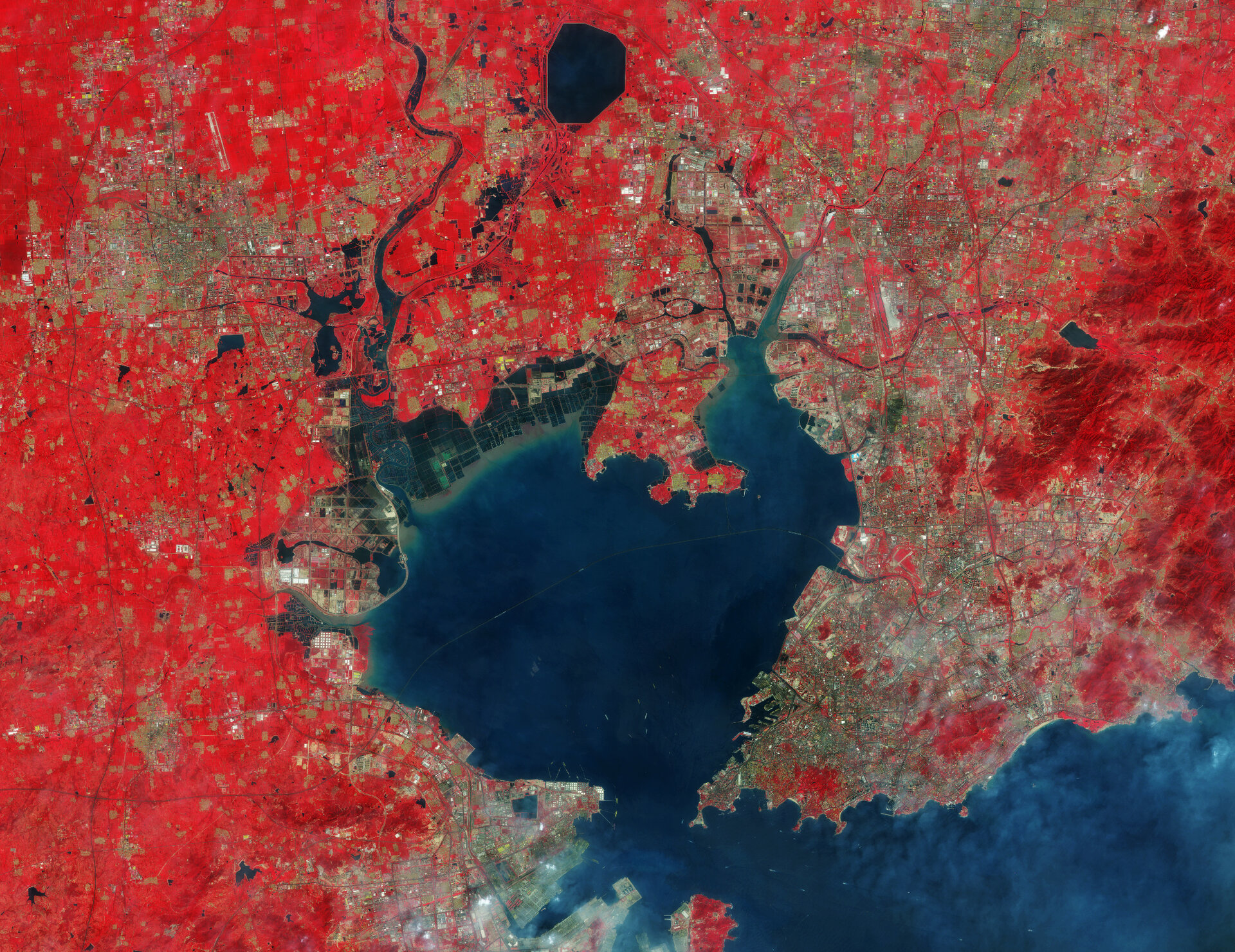 This impressive false-colour image features the city of Qingdao and its surroundings, in China’s eastern Shandong province.

A major cultural centre, Qingdao is home to the Ocean University of China and other higher education facilities. It is also one of China’s main hubs for marine science and technology.

Qingdao sits on the south coast of the Shandong Peninsula, at the eastern entrance to Jiaozhou Bay. Off the Yellow Sea, it is one of the best natural harbours in China.

Owing to the satellite’s multispectral high-resolution instrument, we can clearly make out boats entering and exiting the bay, along with the impressive 42 km-long Jiaozhou Bay Bridge running across the entire bay. As of 2012, Guinness World Records lists the bridge as the world’s longest bridge over water.

Various aquacultures are visible along the coast of the bay, including the farming of fish, crustaceans, molluscs and aquatic plants.

Towards the top of the image, we can make out a big body of water, the Jihongtan Reservoir, the biggest of the various reservoirs featured.

The Dagu River is also visible, snaking its way from the image top down into the bay.

Owing to the image processing, vegetation appears in reds scattered throughout the entire scene, showing how fertile and lush the region is.

Sentinel-2A has been in orbit since 23 June. It is a polar-orbiting, multispectral high-resolution imaging satellite for land monitoring, covering vegetation, soil and water cover, inland waterways and coastal areas.

Captured by Sentinel-2A on 21 August, this image is also featured on the Earth from Space video programme.