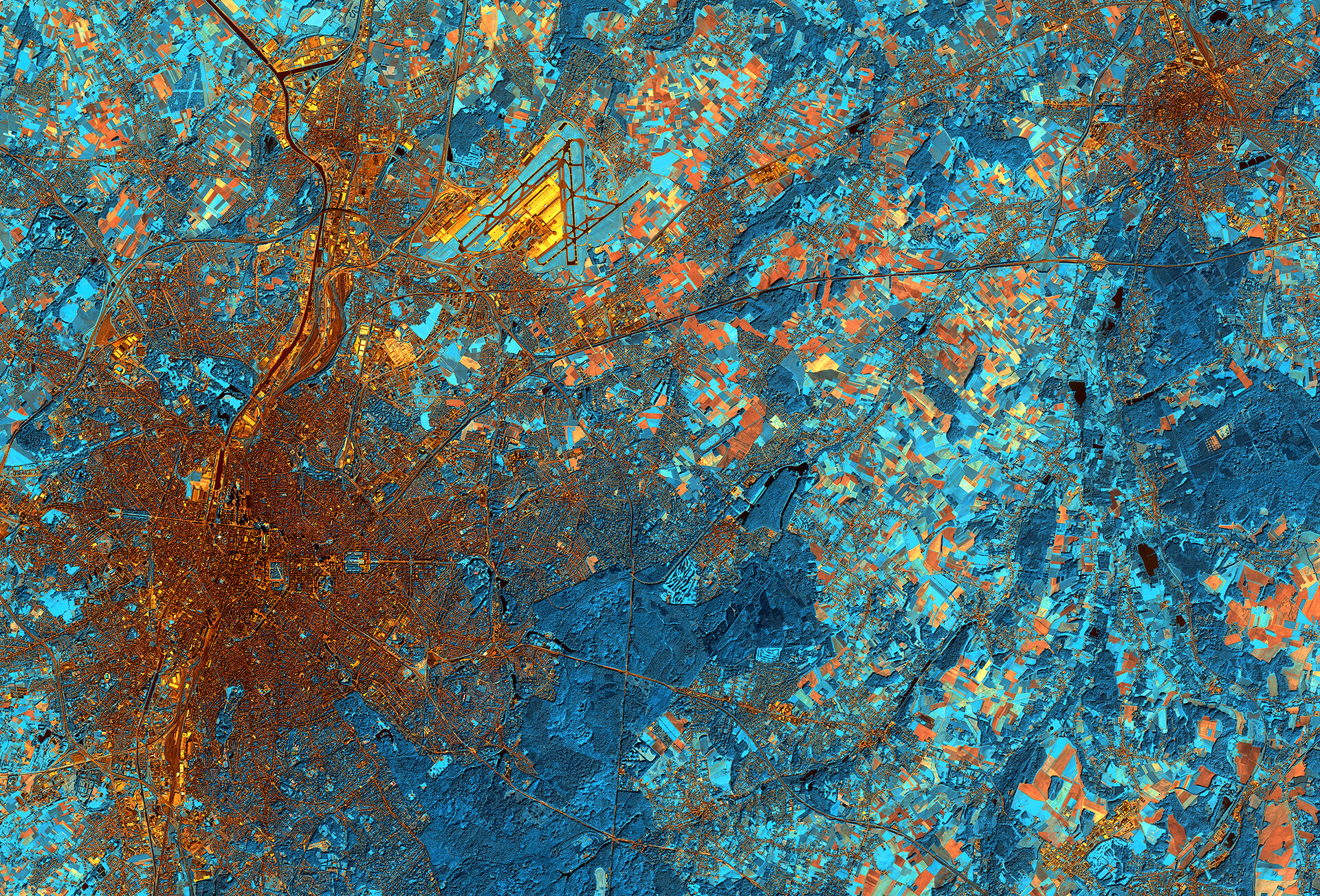 This false-colour image from the Spot-5 satellite was acquired on 28 September 2011 over central Belgium, capturing the capital city of Brussels (left).

Zooming in on the city, we can see a number of large parks, such as the Parc du Cinquantenaire or Jubelpark in the city’s European Quarter – home to the institutions of the European Union.  Brussels is the de facto capital of the EU, and is a major centre for international politics.

Further west, we can see the Parc de Bruxelles or Warandepark, where the Royal Palace of Brussels and Belgium Parliament are located.

Northeast of the city, we can see the runways of the Brussels Airport.

Darker blue areas throughout the image depict thick vegetation cover, such as the city parks and the large Sonian Forest south of Brussels. Stretching over 4400 hectares, the forest is home to animals such as deer, red squirrel and wild boar. Brown bear and wolf also once roamed this area, but have disappeared through human influence and changes in the ecosystem over hundreds of years.

In the upper right is the city of Leuven in the Flemish Region. The city is home to the headquarters of Anheuser-Busch InBev – the world’s largest brewing group that includes brands such as Beck’s, Budweiser and Stella Artois.