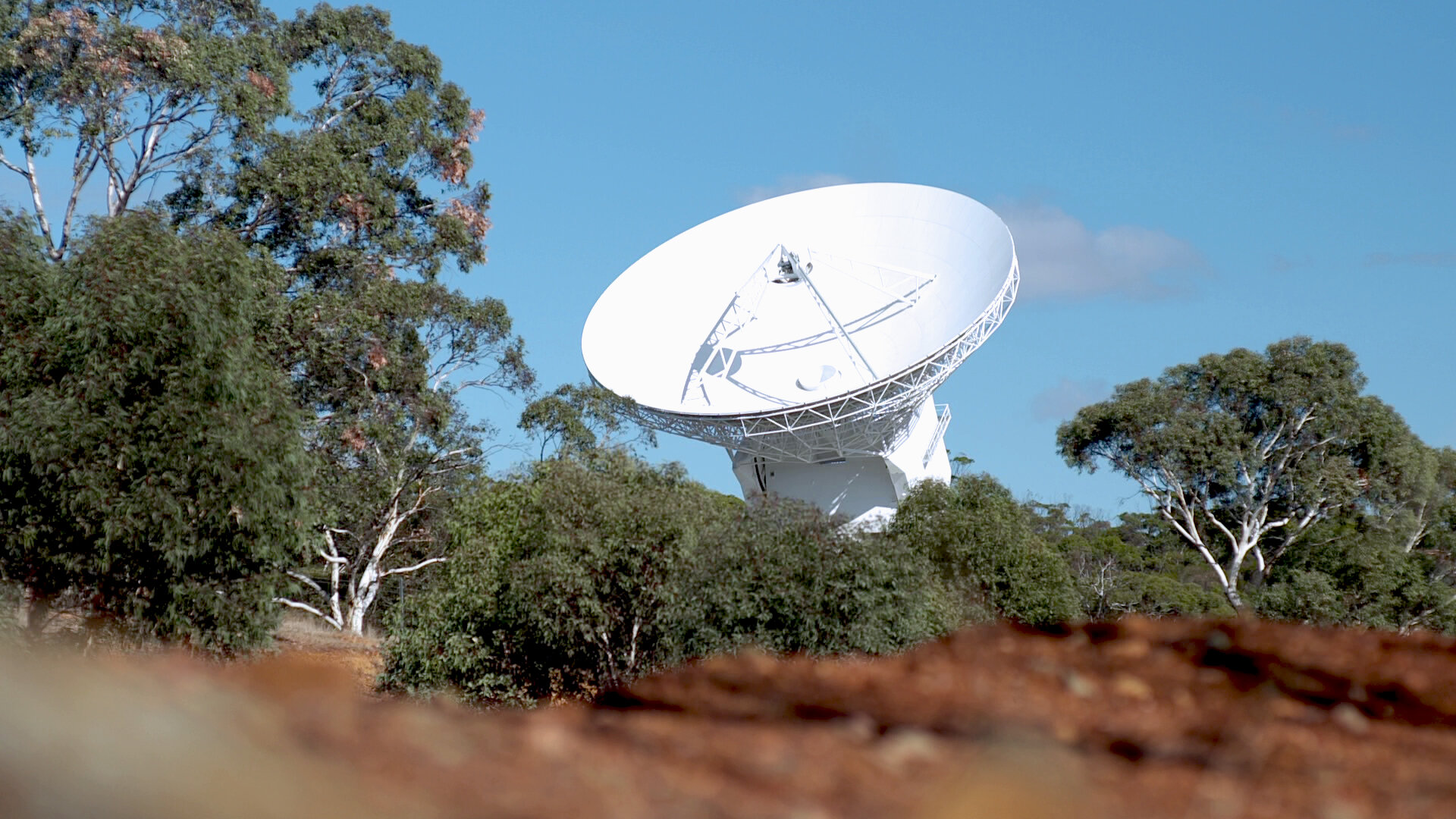 Twelve years ago this month, in March 2003, ESA inaugurated a new deep-space ground tracking station 8 km south of the town of New Norcia, which is about 150 km north of Perth, in Western Australia.

The large, 35 m-diameter antenna was completed in 2002, and engineers conducted pointing tests using NASA’s Stardust mission in the lead up to operational readiness. It entered service as the first of the Agency’s three deep-space ground tracking stations in March 2003, and has been used for communications with Mars Express, Rosetta, Venus Express and Gaia, among other ESA and partner agency missions.

The mechanical movable structure weighs 580 tonnes. Engineers can point it with a speed of 1 degree per second in both horizontal and vertical axes. Its control system provides extremely high pointing accuracy under the site’s difficult environmental, wind and temperature conditions.

In 2005 and 2012, ESA inaugurated two more deep-space stations, at Cebreros in Spain and Malargüe in Argentina, providing global, 360° coverage, 24 hours per day.

Like the other two, the New Norcia antenna is one of the largest in the world for spacecraft tracking and control. It is essential for high-performance communications with spacecraft deep in our Solar System and in highly elliptical orbits that take them far from Earth.

The essential task of all ESA tracking stations is to communicate with our missions wherever they go, uplinking commands and downlinking scientific data and spacecraft status information. Estrack stations also gather ‘radiometric’ data to help mission controllers know the location, trajectory and velocity of their spacecraft.

In 2015, Estrack celebrates its 40th anniversary, marking four decades since the 1975 decision to start providing tracking services for ESA missions using an antenna at Villafranca, Spain.