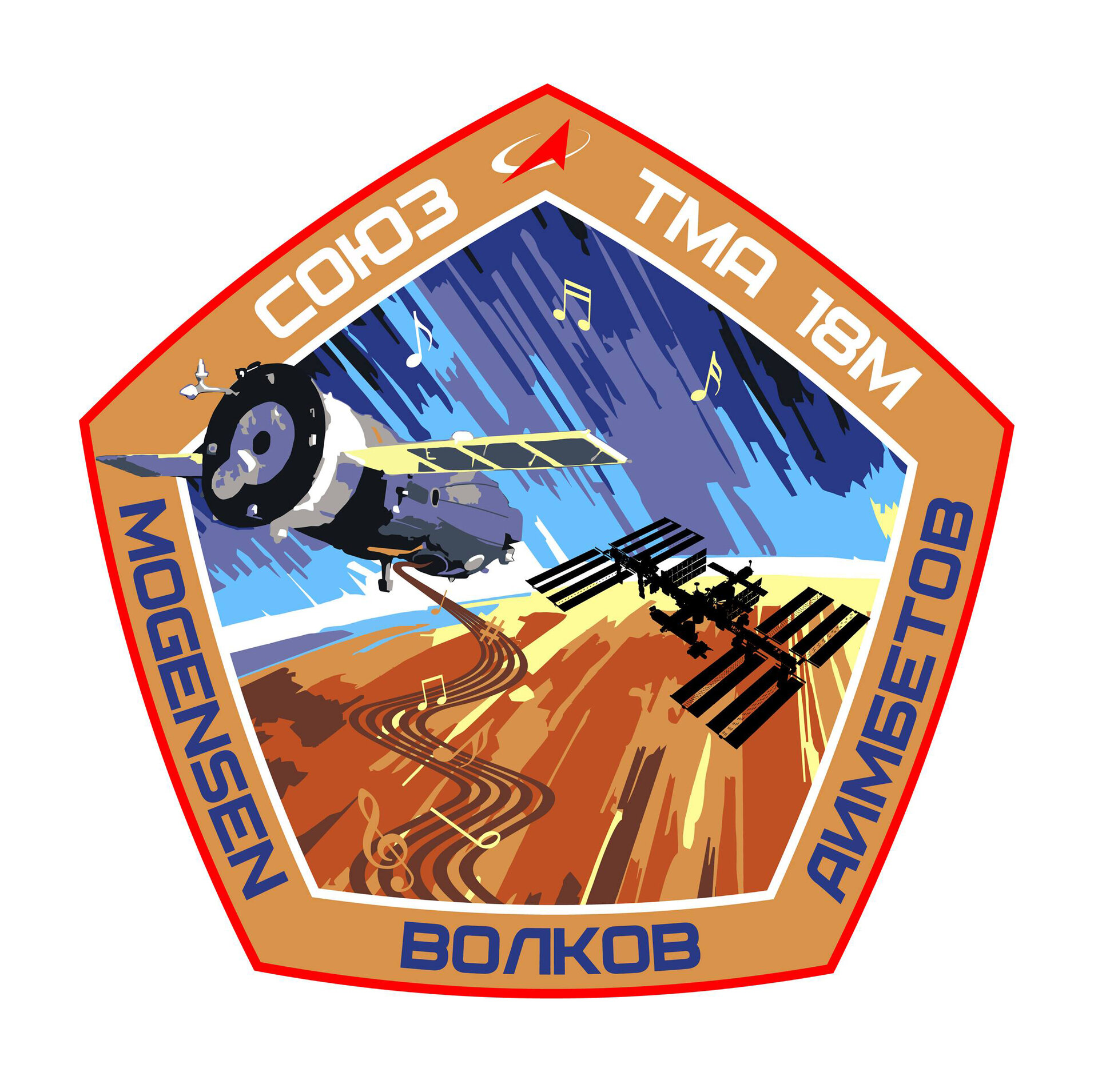 ESA astronaut Andreas Mogensen (DK) is assigned to fly on the Soyuz TMA-18M spacecraft to the International Space Station, scheduled for launch on 2 September 2015. He will serves as Flight Engineer with crewmates Commander Sergei Volkov and Kazakh cosmonaut Aidyn Aimbetov will join the Expedition 45 crew, while Andreas will spend ten days aboard the orbital outpost before returning to Earth with aboard Soyuz TMA-16M with Aimbetov and cosmonaut Gennady Padalka.

The Soyuz TMA-18M insignia is shaped like the Russian patch for the joint Apollo-Soyuz Test Project, in recognition of this flight 40 years ago. The background is based on recent ISS timelapse photography, and there are various 'musical' elements, such as notes, a stave and G-clef in the centre of the patch, noting that Sarah Brightman was originally slated to fly on this mission. The patch was designed by Jorge Cartes from Madrid, Spain.