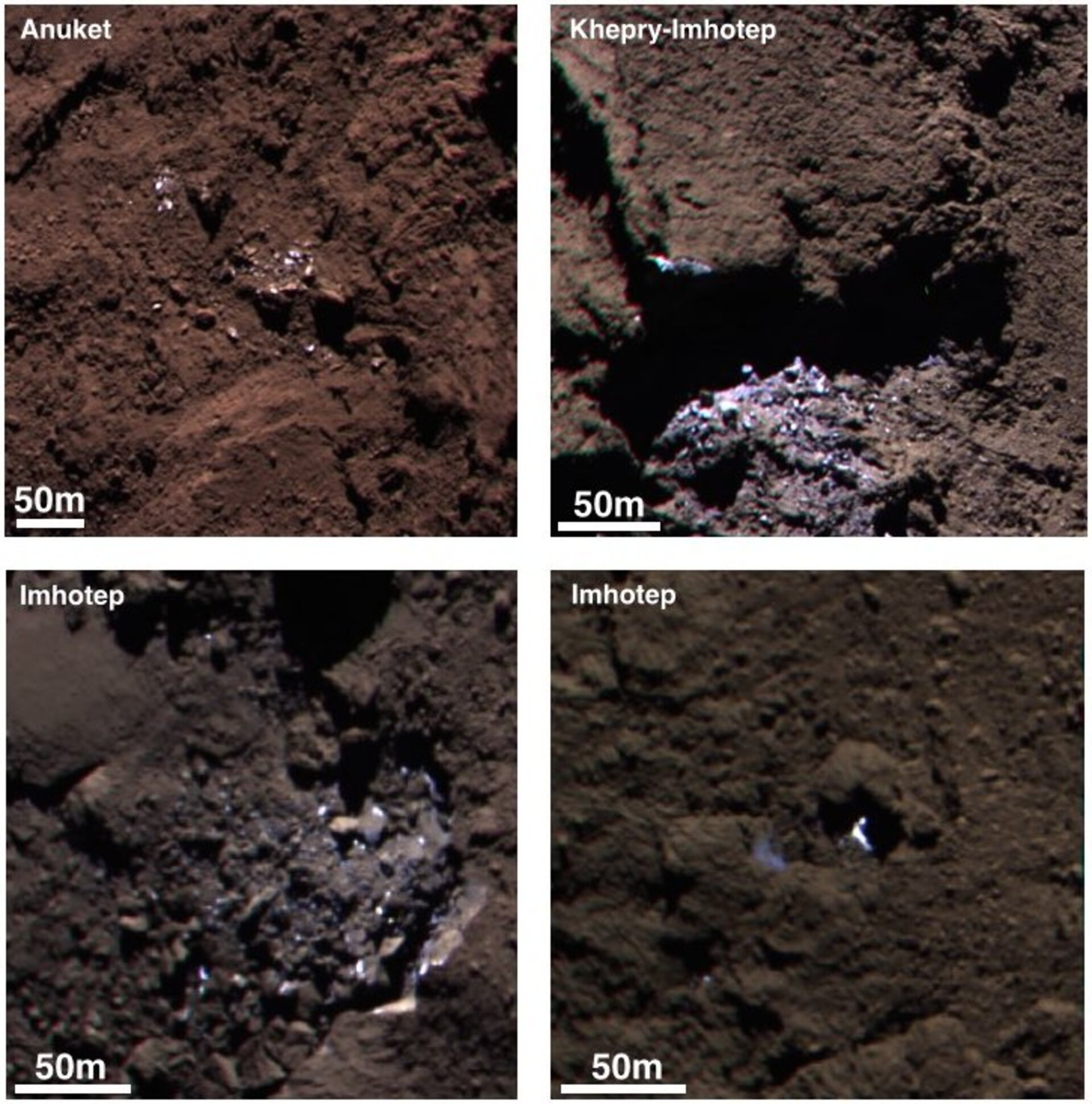 Examples of icy bright patches seen on Comet 67P/Churyumov-Gerasimenko during September 2014. The two left hand images are subsets of OSIRIS narrow-angle camera images acquired on 5 September; the right hand images were acquired on 16 September. During this time the spacecraft was about 30-40 km from the comet centre.

The images are false colour red-green-blue composites assembled from monochrome images acquired at different times with the 882.1nm (red), 649.2nm (green) and 360.0nm (blue) channels. Each channel was stretched and slightly saturated to emphasis the contrasts of colour across the scene such that dark terrains appear redder and bright regions appear significantly bluer compared with what a human eye would normally see.

While various ices mixed with dust would be consistent with the blue signature, taken with other observations, the various properties of the bright patches point to water-ice.