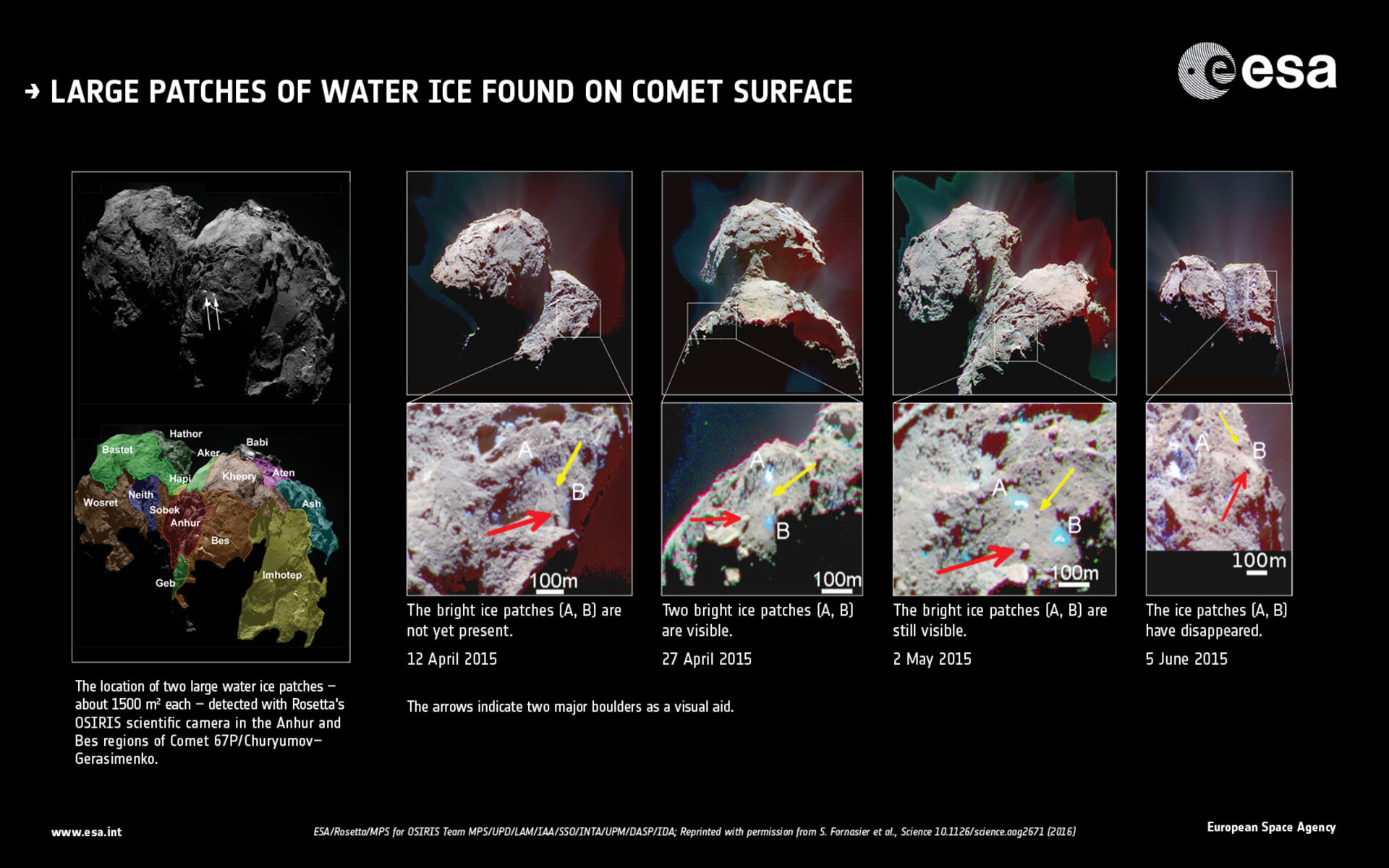 At the end of April 2015, Rosetta's OSIRIS narrow angle camera detected two unusually large patches of water ice on Comet 67P/Churyumov–Gerasimenko, between the southern regions of Anhur and Bes.

The graphic shows the appearance of the two bright spots (indicated as A and B), which persisted for about 10 days before they completely disappeared.

The two ice-rich areas span some 30 x 40 m each – larger than the size of an Olympic swimming pool – and are much larger than the many metre-sized patches of exposed water ice that had been previously spotted at the comet.

The two patches contain 20–30% of water ice mixed with darker material, forming a layer up to 30 cm thick of solid ice. The water ice patch indicated as A was likely lurking underneath the carbon dioxide ice sheet revealed by Rosetta’s VIRTIS instrument about a month before.

This finding is part of a broader study on seasonal and daily colour variations on the surface of the comet based on OSIRIS images obtained throughout the course of the mission.