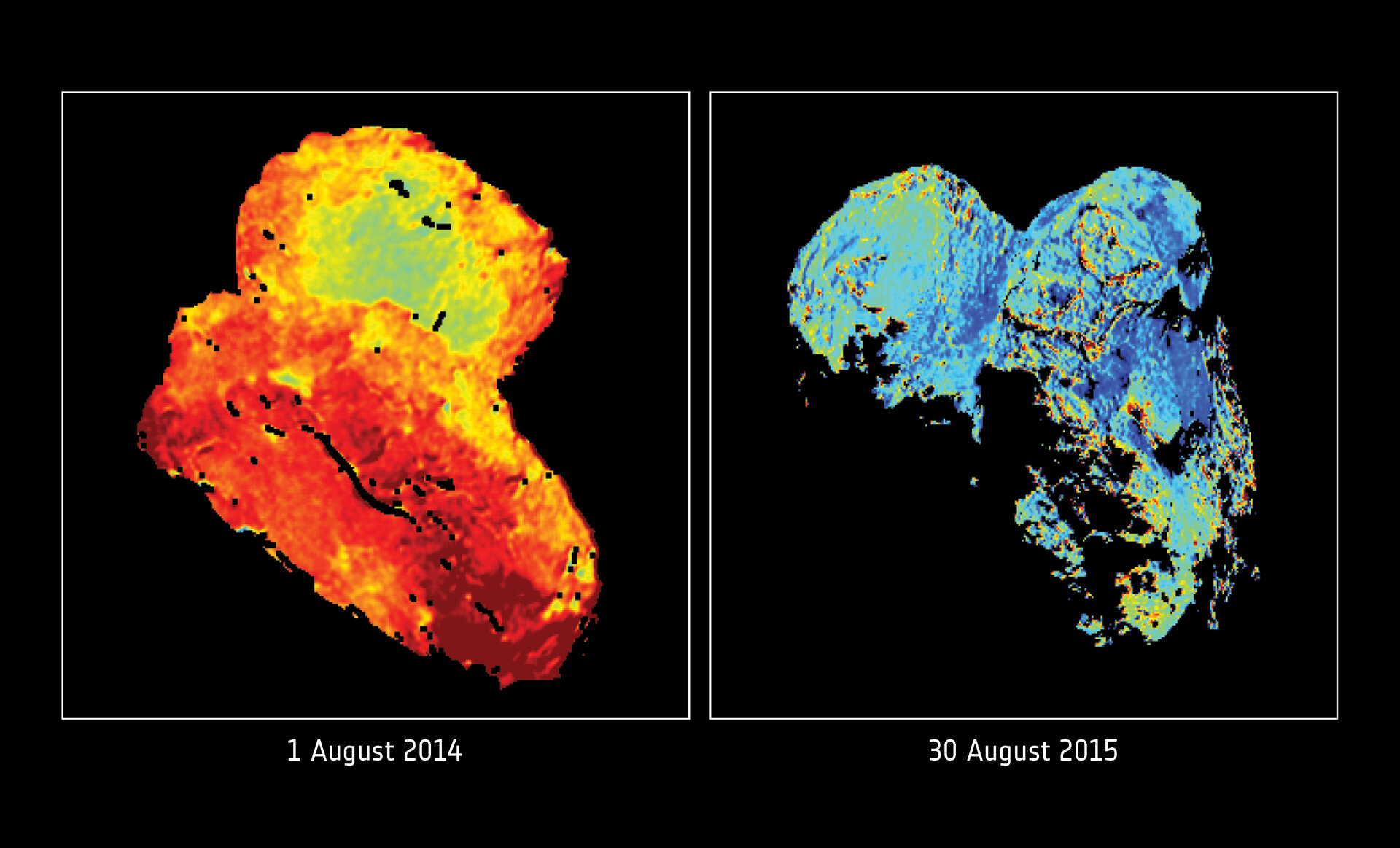 Seasonal cycle of water ice at the comet

The colour of visible light reflected by Comet 67P/Churyumov–Gerasimenko on 1 August 2014 (left), shortly before Rosetta arrived at the comet, and a year later, on 30 August 2015 (right), shortly after the comet’s closest approach to the Sun. The maps are derived from the comparison of images taken at wavelengths between 535 and 882 nm with Rosetta's OSIRIS narrow-angle camera.

On a global scale, the entire comet surface of the comet turned increasingly bluer in colour as it approached the Sun, and gradually turned redder again as it moved away. Bluer colours are indicative of portions of the surface that are richer in water ice.

As the comet moved closer to the Sun and its activity increased, the outgassing of water vapour and other gases lifted off large amounts of dust, exposing more of the ice-rich terrain underneath.