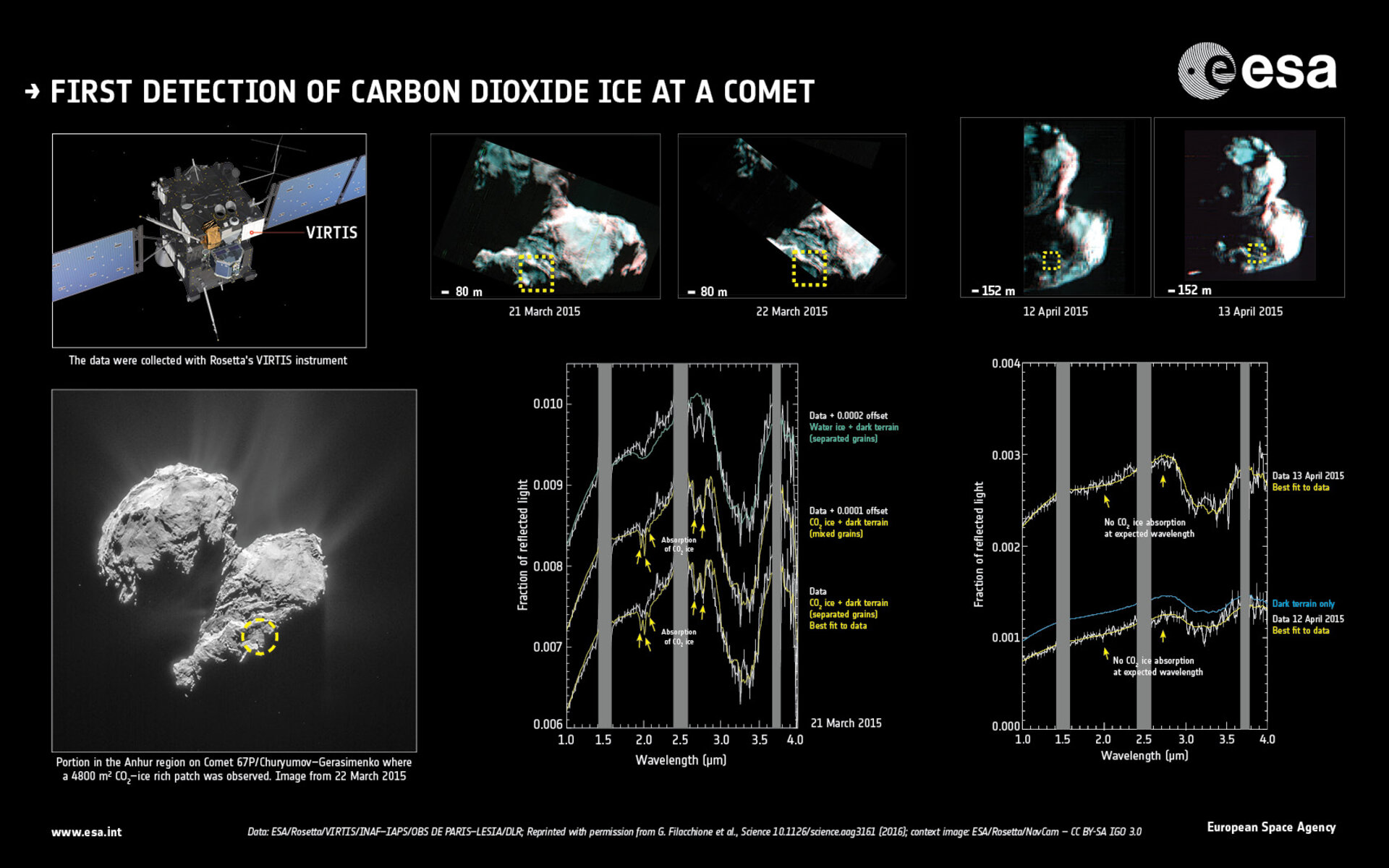 First detection of carbon dioxide at a comet

In late March 2015, Rosetta’s visible, infrared and thermal imaging spectrometer, VIRTIS, detected a very large patch of carbon dioxide ice in Anhur, a region on the southern hemisphere of Comet 67P/Churyumov–Gerasimenko. This is the first detection of solid carbon dioxide at any comet.

The 80 x 60 m patch – almost the size of a football field – was observed on two consecutive days in March. However, when the team looked at that region again around three weeks later, it was gone.

The graphic shows the comet images and spectra taken by VIRTIS on 21–22 March, with the unmistakable signature of carbon dioxide ice: a series of three absorption lines at wavelengths around 2 microns, and two additional absorption lines at 2.7 and 2.78 microns. These characteristic features are not present in the spectrum of water ice.

Analysis of the data reveal that the 9 cm-thick layer consists of a few percent of carbon dioxide ice mixed with a darker blend of dust and organic material. The data suggest that the grains of ice and darker material are separate (and not mixed) in the mixture.

Later images and spectra, taken by VIRTIS on 12–13 April, show that the signature of carbon dioxide ice had disappeared.