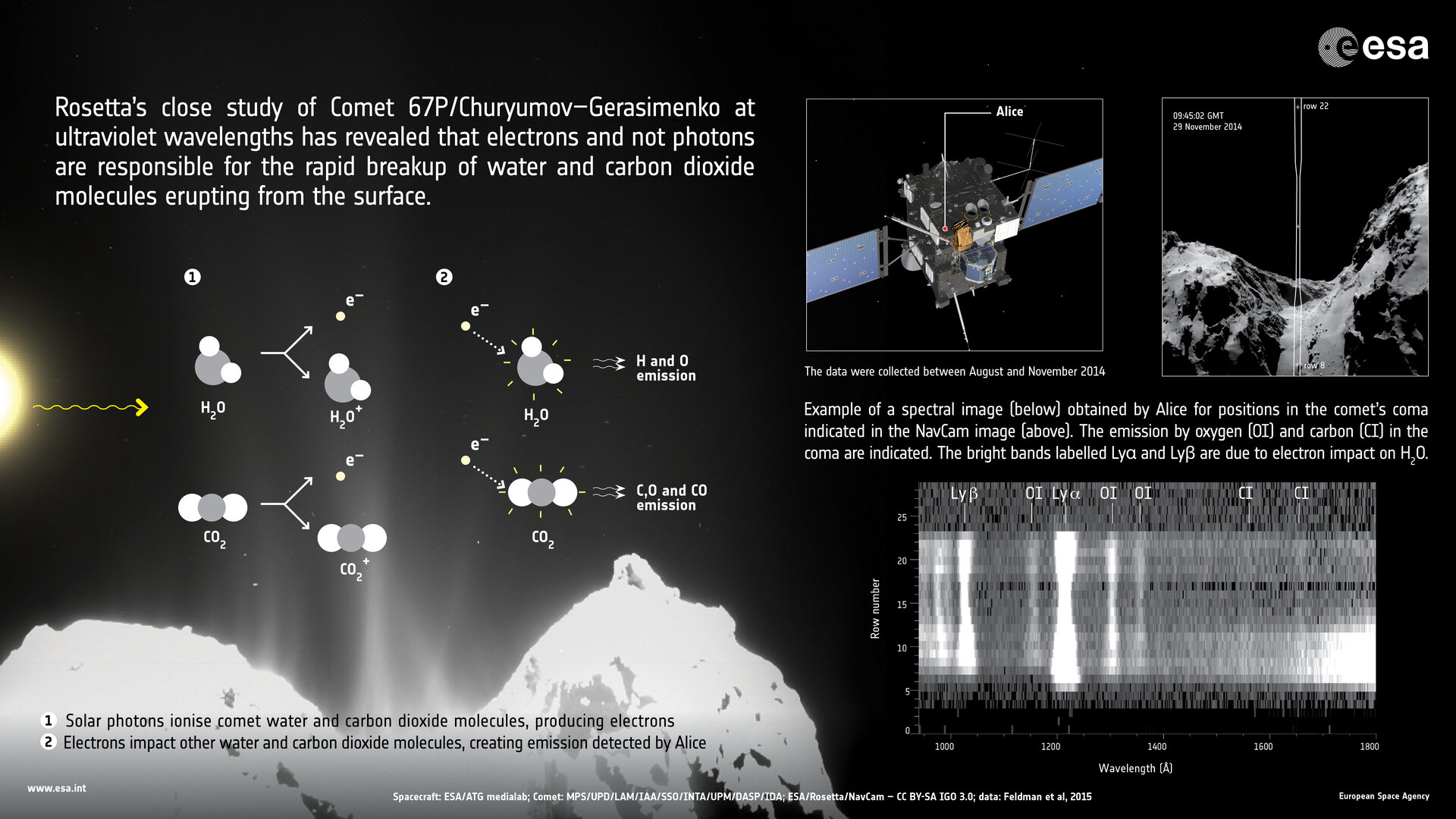 Rosetta’s continued close study of Comet 67P/Churyumov­–Gerasimenko has revealed an unexpected process at work close to the comet nucleus that causes the rapid breakup of water and carbon dioxide molecules.

First, an ultraviolet photon from the Sun hits a water molecule in the comet’s coma and ionises it, knocking out an energetic electron. This electron then hits another water molecule in the coma, breaking it apart into two hydrogen atoms and one oxygen, and energising them in the process. These atoms then emit ultraviolet light that is detected at characteristic wavelengths by Rosetta’s Alice instrument.

Similarly, it is the impact of an electron with a carbon dioxide molecule that results in its break-up into atoms and the observed carbon emissions.