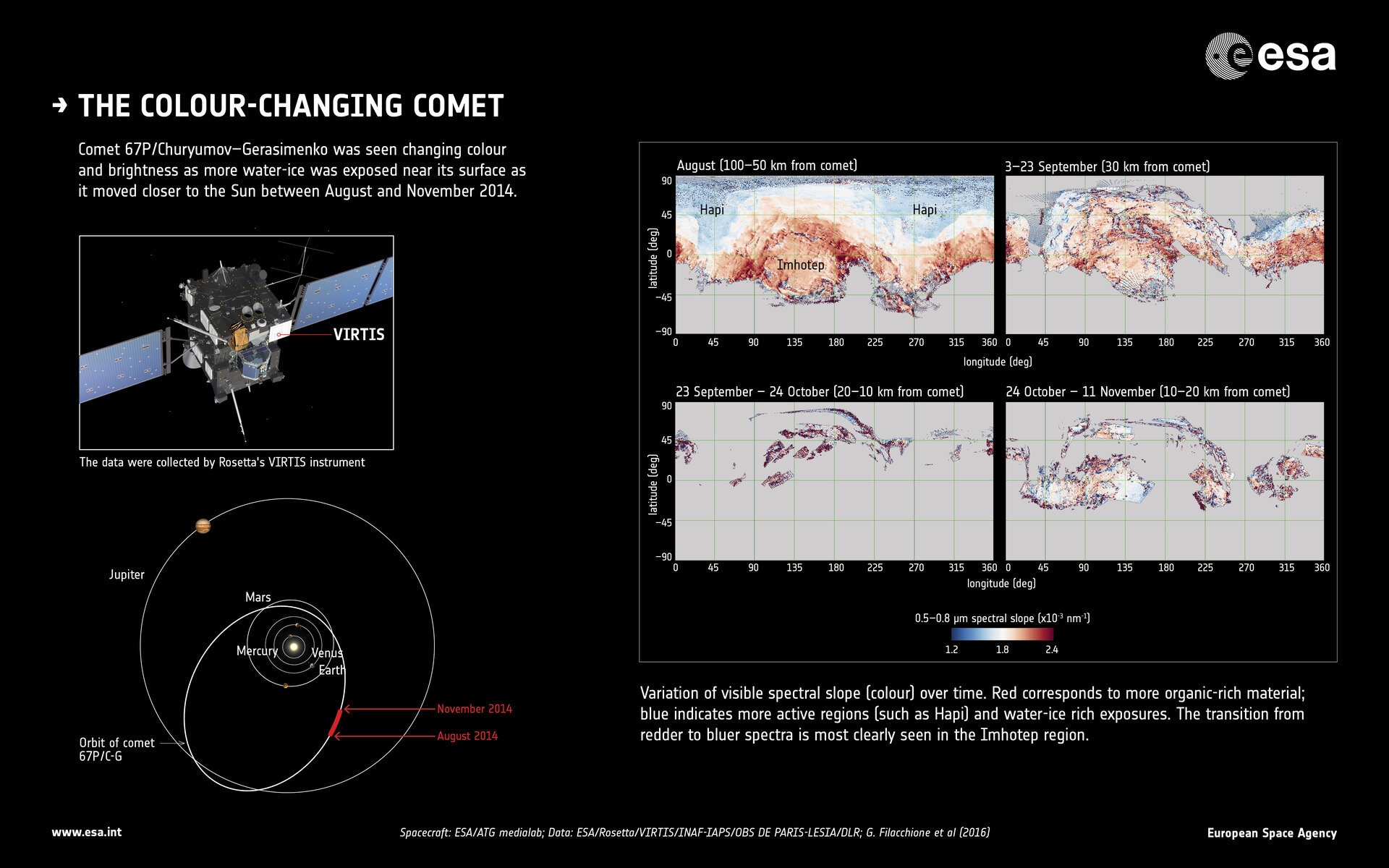 Comet 67P/Churyumov-Gerasimenko was seen changing colour and brightness by Rosetta’s Visible and InfraRed Thermal Imaging Spectrometer, VIRTIS, as more water-ice was exposed near its surface as it moved close to the Sun between August and November 2014.

In the three-month study period the comet moved from about 542 million km to 438 million km from the Sun, and the spacecraft-to-comet distance varied from about 100 km to 10 km, resulting in a range of illumination conditions and viewing geometries.

In general, the darkest portions of the comet, containing dry dust made out of a mixture of minerals and organics, reflect light at redder wavelengths, while active regions and the occasional ice-rich exposure is bluer.

The VIRTIS study shows that even in the first three months of study at the comet, global average changes are noticeable, with an overall trend of the comet becoming brighter and more water-ice-rich. This is particularly notable in the Imhotep region, which becomes overall bluer over time.