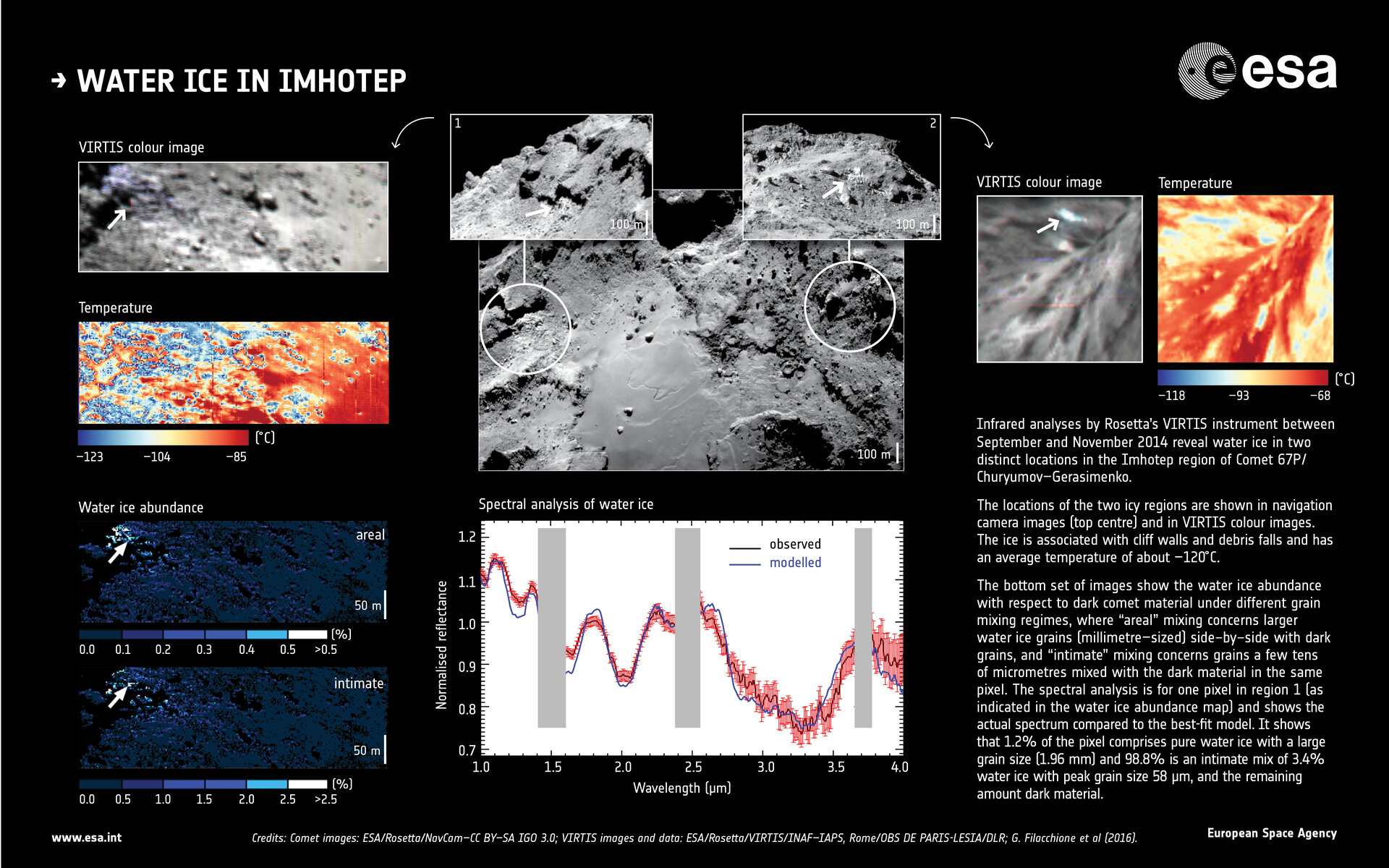 The locations of the two icy regions, spanning a few tens of metres across, are shown in navigation camera images and in VIRTIS colour images. The ice is associated with cliff walls and debris falls and has an average temperature of about –120ºC.

The spectral analysis shown in the centre of the graphic is for one pixel in region 1 (labelled with the arrow in the abundance map) and shows the actual spectrum (with error bars) compared to the best-fit model. It shows that 1.2% of the pixel comprises pure water ice with a large grain size (1.96 mm) and 98.8% is an intimate mix of 3.4% water ice with peak grain size 58 microns, and the remaining amount dark material.