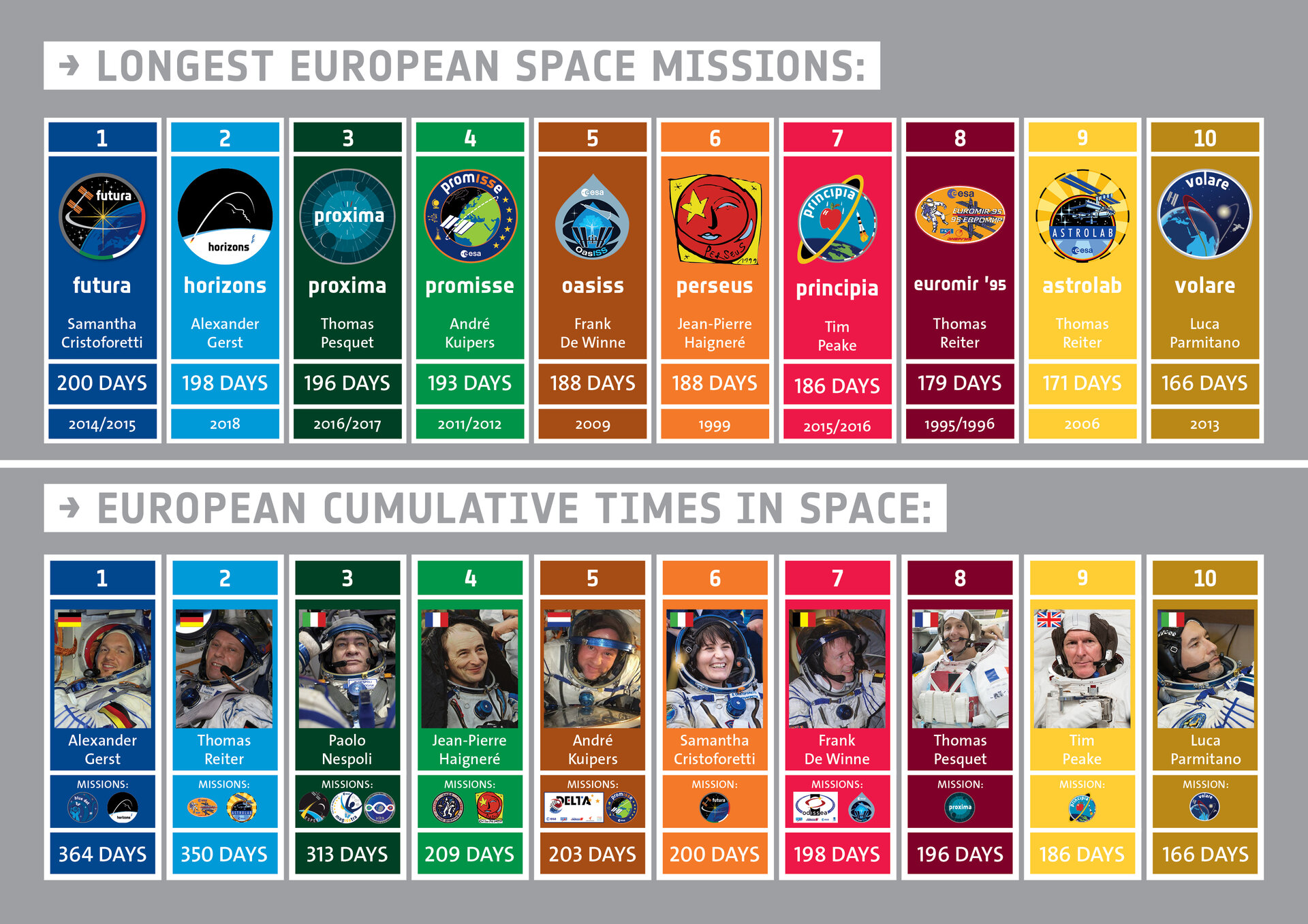 This infographic has been superseded and updated since the landing ESA astronaut Luca Parmitano's mission and is no longer correct. The update can be found here.

The top ten longest individual ESA space missions and the top ten cumulative times in space for ESA astronauts over one or more missions. The longest flight by any one astronaut was 437 days, by the Russian doctor Valeri Polyakov on board Mir, 1994-95. The record for longest cumulative time in space was held by Russian cosmonaut Sergei Krikalev for quite some time (803 days over six flights), but was recently overtaken by Gennadi Padalka in 2015, with 879 days over five spaceflights.

NASA astronaut Scott Kelly holds the record for longest US spaceflight, 340 days (the ISS One Year Mission). In October 2015, he set the record for the total accumulated time in space for an American astronaut, 520 days, but his record was shortlived, being broken in 2016 by NASA astronaut Jeff Williams (543 days). Even this record could not last for long, when Peggy Whitson passed Williams in April 2017 (her previous total was 376 days over two spaceflights) but she is now course to add another 290 days to that total when she returns from her third spaceflight to the Space Station in September 2017. In June 2017, Whitson broke the record for the longest single spaceflight by a woman, previously been held by ESA astronaut Samantha Cristoforetti.

The longest solo flight was by Russian cosmonaut Valeri Bykovsky, who spent 4 days and 23 hours alone in space from 14–19 June 1963.