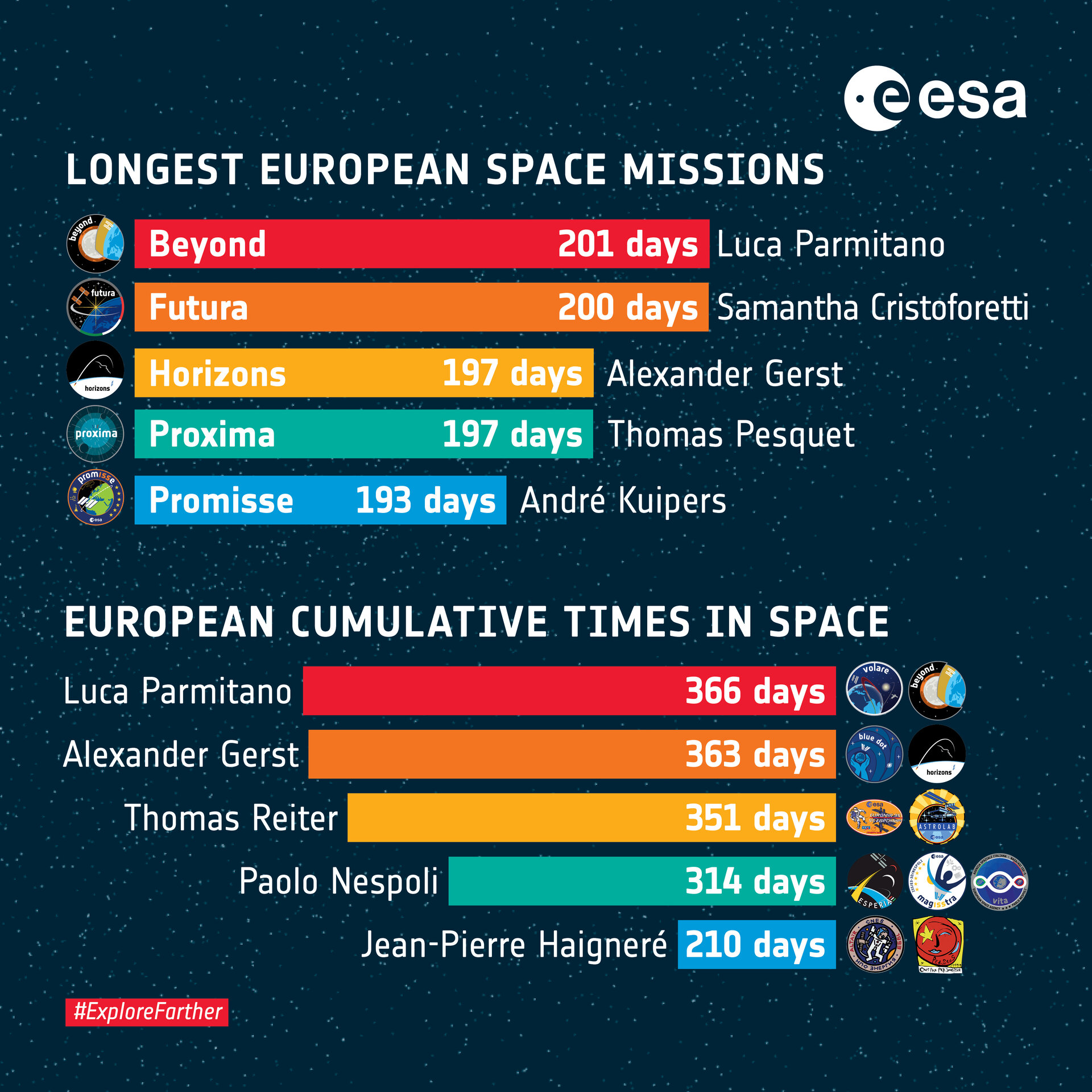 The top ten longest individual ESA space missions and the top ten cumulative times in space for ESA astronauts over one or more missions. The longest flight by any one astronaut was 437 days, by the Russian doctor Valeri Polyakov on board Mir, 1994-95. The record for longest cumulative time in space was held by Russian cosmonaut Sergei Krikalev for quite some time (803 days over six flights), but was overtaken by Gennadi Padalka in 2015, with 879 days over five spaceflights.

The longest solo flight was by Russian cosmonaut Valeri Bykovsky, who spent 4 days and 23 hours alone in space from 14–19 June 1963.