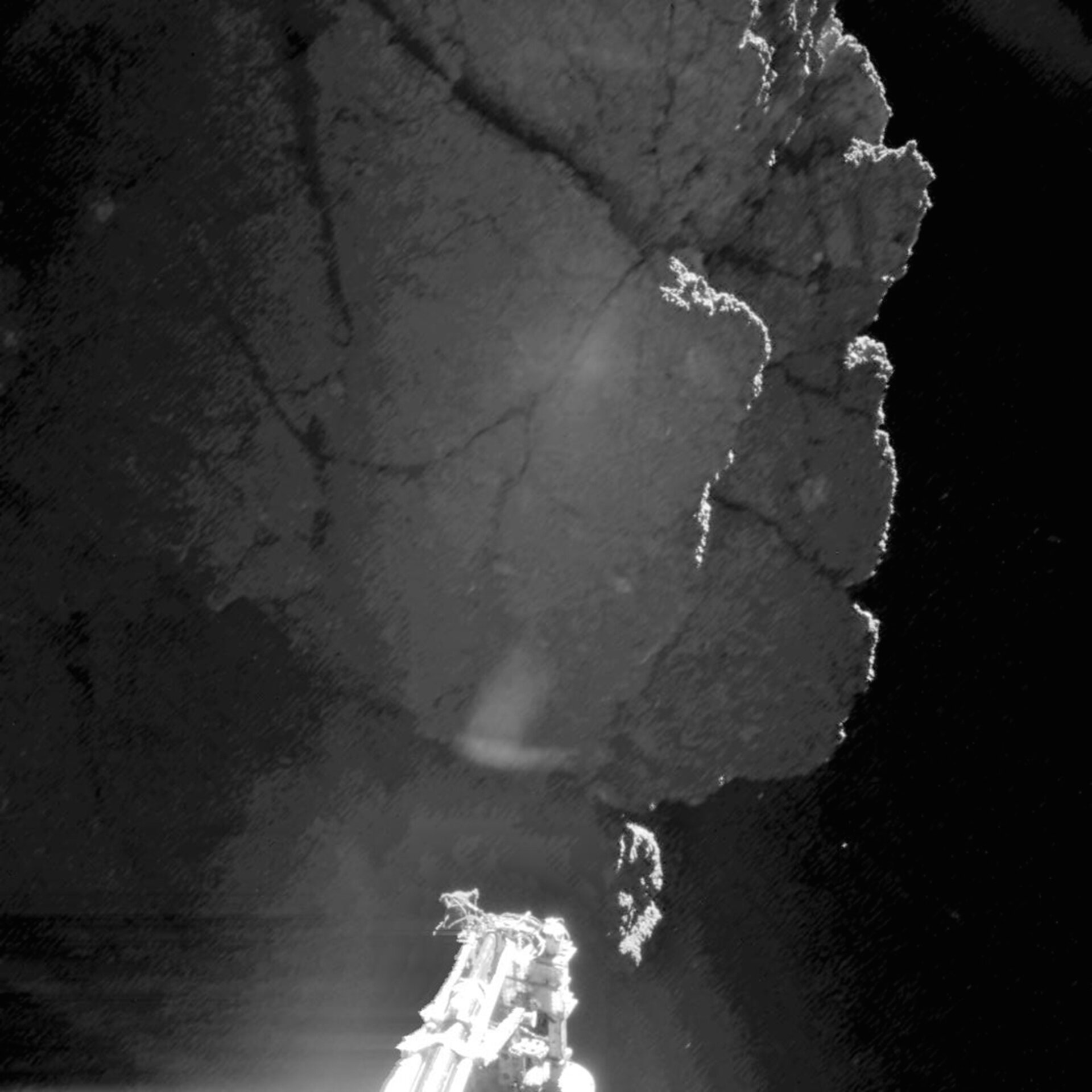 This image was acquired by Philae’s CIVA camera 1 at the final landing site Abydos, on the small lobe of Comet 67P/Churyumov–Gerasimenko, on 13 November 2014. The image has been processed to reveal the backlit fractured ‘cliff’, nicknamed ‘perihelion cliff’, and the +Y foot of the lander, which is partly reflecting on the surface of the cliff, but does not seem to be resting on the comet’s surface.