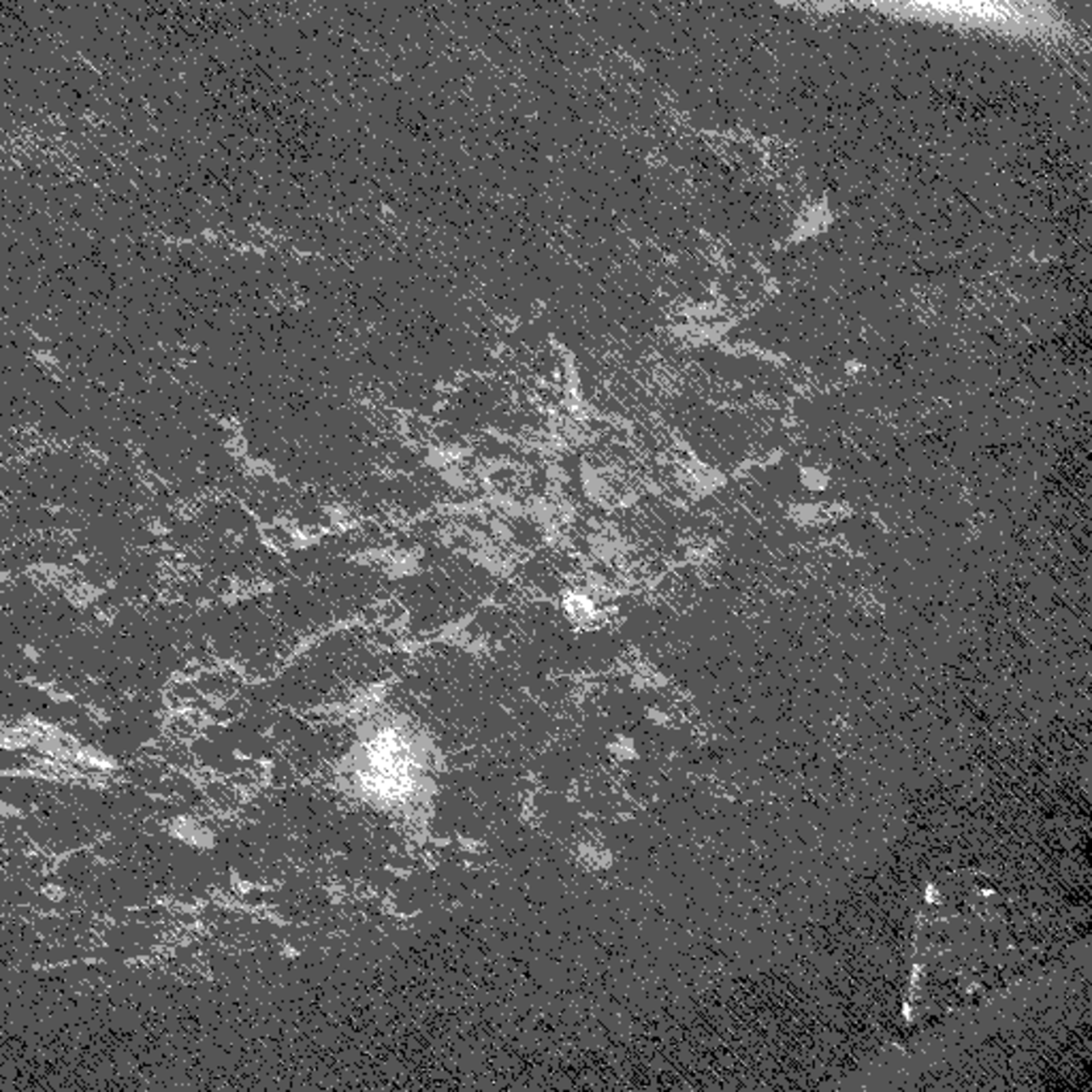 This image was acquired by Philae’s CIVA camera 5 at the final landing site Abydos, on the small lobe of Comet 67P/Churyumov–Gerasimenko, on 13 November 2014. This part of the surface was entirely in shadow, and so the image has been highly stretched to bring out the details, which includes a hint at the terrain facing the camera, as well as the lander’s –Y foot in the lower right.