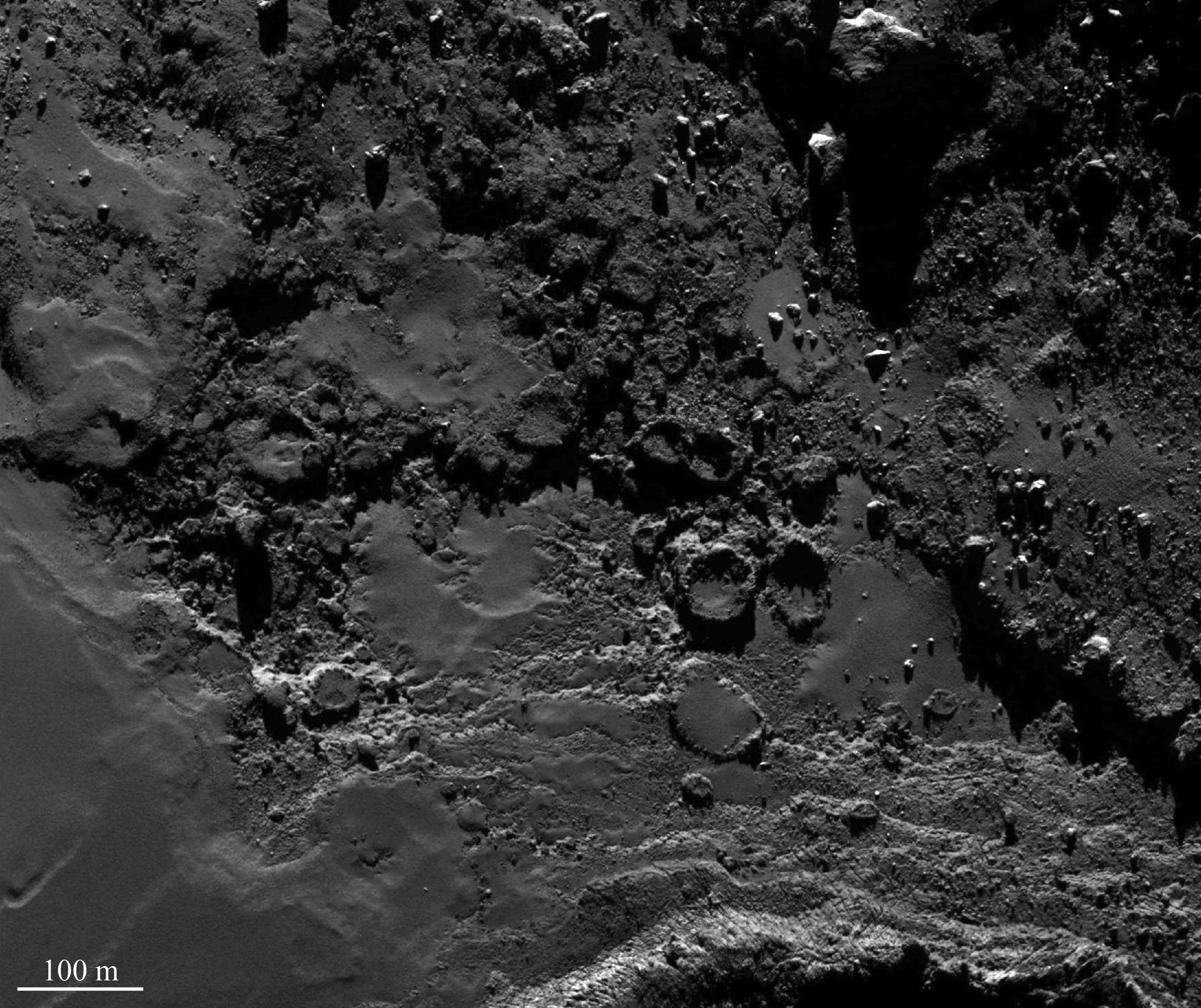 Round features in Imhotep (a)

Spectacular roundish features in the centre of the Imhotep region on the large lobe of Comet 67P/Churyumov–Gerasimenko display a range of features. Some exhibit a rim with an interior depression while others show a rim with fine-grained material ‘bulging’ above it. Many of the features appear to be nested or stacked vertically on top of each other. One idea for their formation is that they are linked to ancient degassing conduits.

The image was taken with Rosetta’s OSIRIS narrow-angle camera on 16 September 2014 from a distance of 28 from the comet centre. The image scale is 50 cm/pixel.