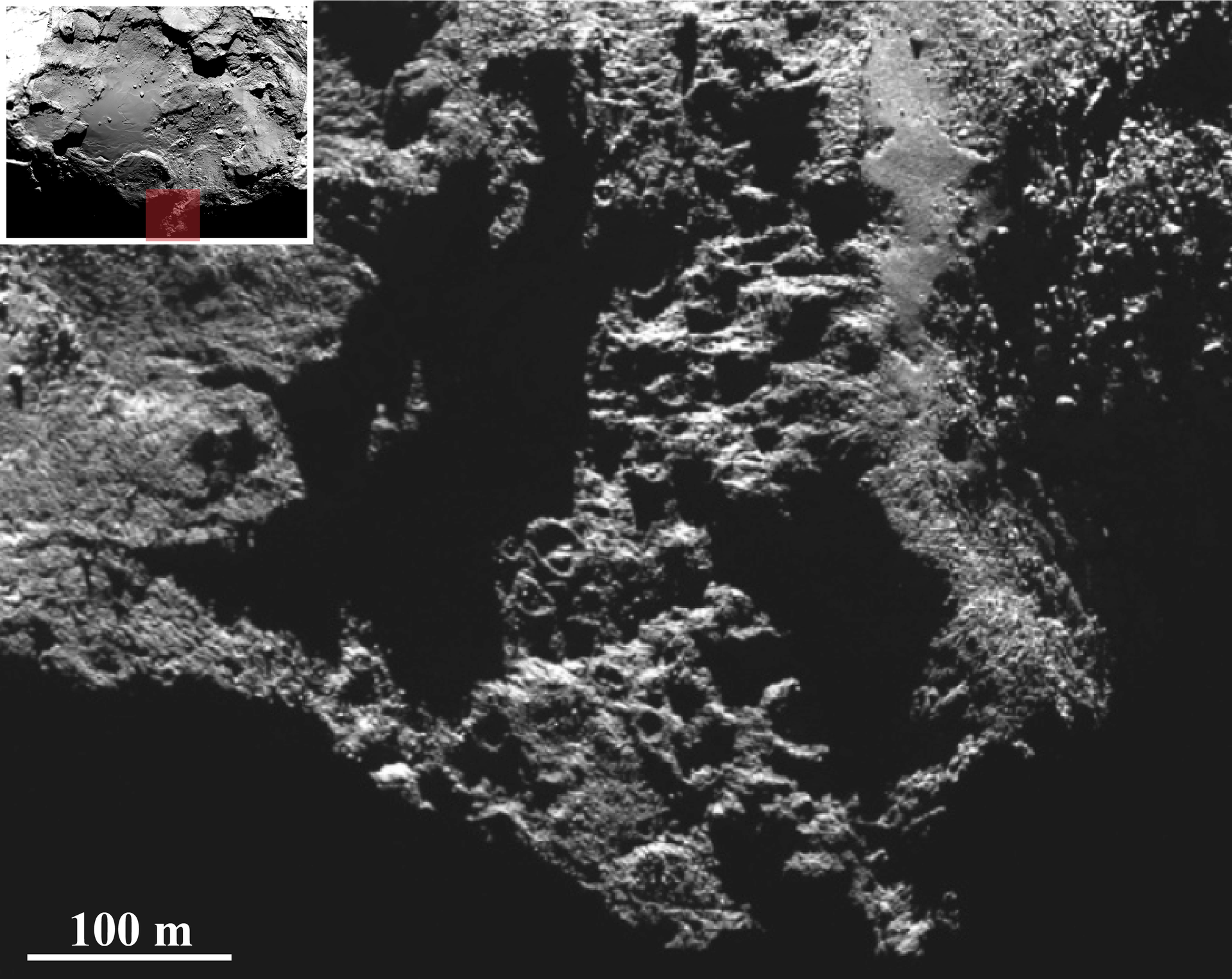 Round features in Imhotep (b)

Recently illuminated regions in the south of the Imhotep region on the large lobe of Comet 67P/Churyumov-Gerasimenko reveal round features similar to those seen in the centre of the same region.

The image was taken with Rosetta’s OSIRIS narrow-angle camera on 31 October 2014 from a distance of 33 km from the comet centre. The image scale is 63 cm/pixel.