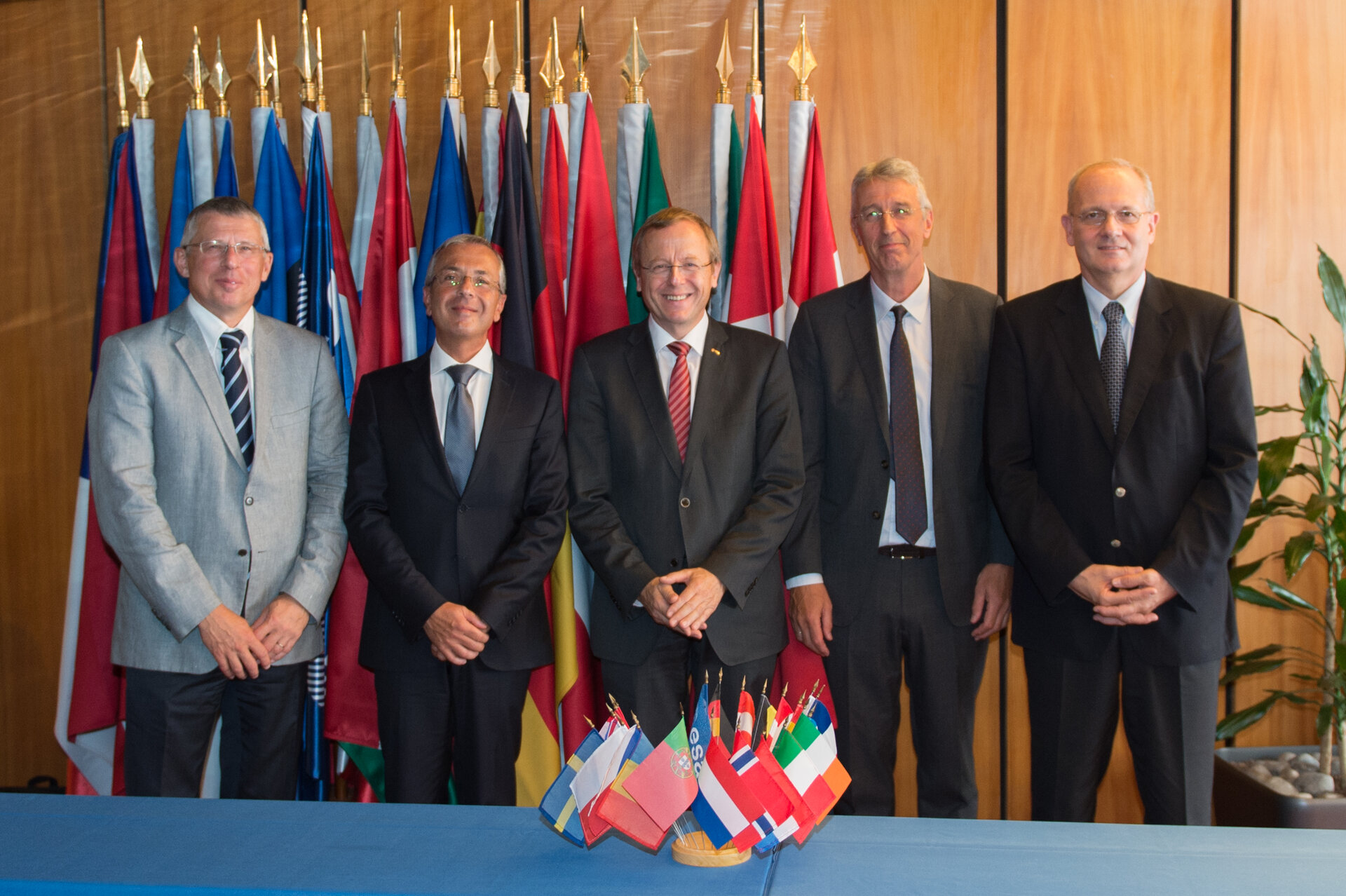 ESA signed contracts for the development of the Ariane 6 new‑generation launcher, its launch base and the Vega C evolution of the current ESA small launcher, on 12 August 2015.

The contracts, signed at ESA’s Paris Head Office with Airbus Safran Launchers (ASL), France’s CNES space agency and ELV, respectively, cover all development work on Ariane 6 and its launch base for a maiden flight in 2020, and on Vega C for its 2018 debut.

ESA is overseeing procurement and the architecture of the overall launch systems, while industry is developing the rockets, with ASL as prime contractor and design authority for Ariane 6, and ELV for Vega C.

ASL and ELV are working closely together on the P120C solid-propellant motor that will form Vega C’s first stage and Ariane’s strap-on boosters.