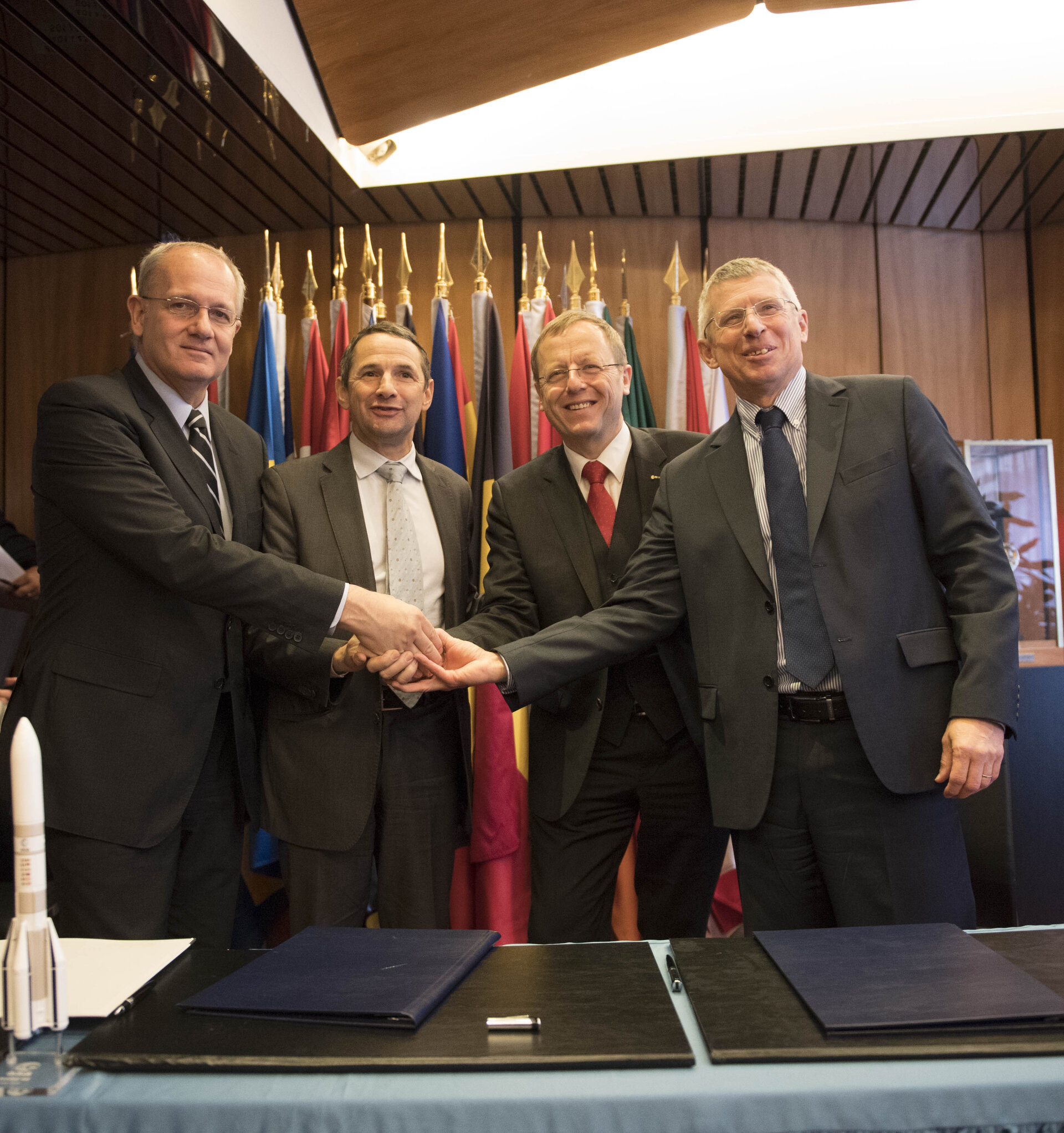 They cover the final full-scale development of Ariane 6 and its launch complex.

The contracts were signed by Jan Woerner, Director General of ESA, Alain Charmeau, CEO/President of ASL, and Jean-Yves Le Gall, President of CNES. Thierry Mandon, French Secretary of State for Research and Higher Education was present at the signing.