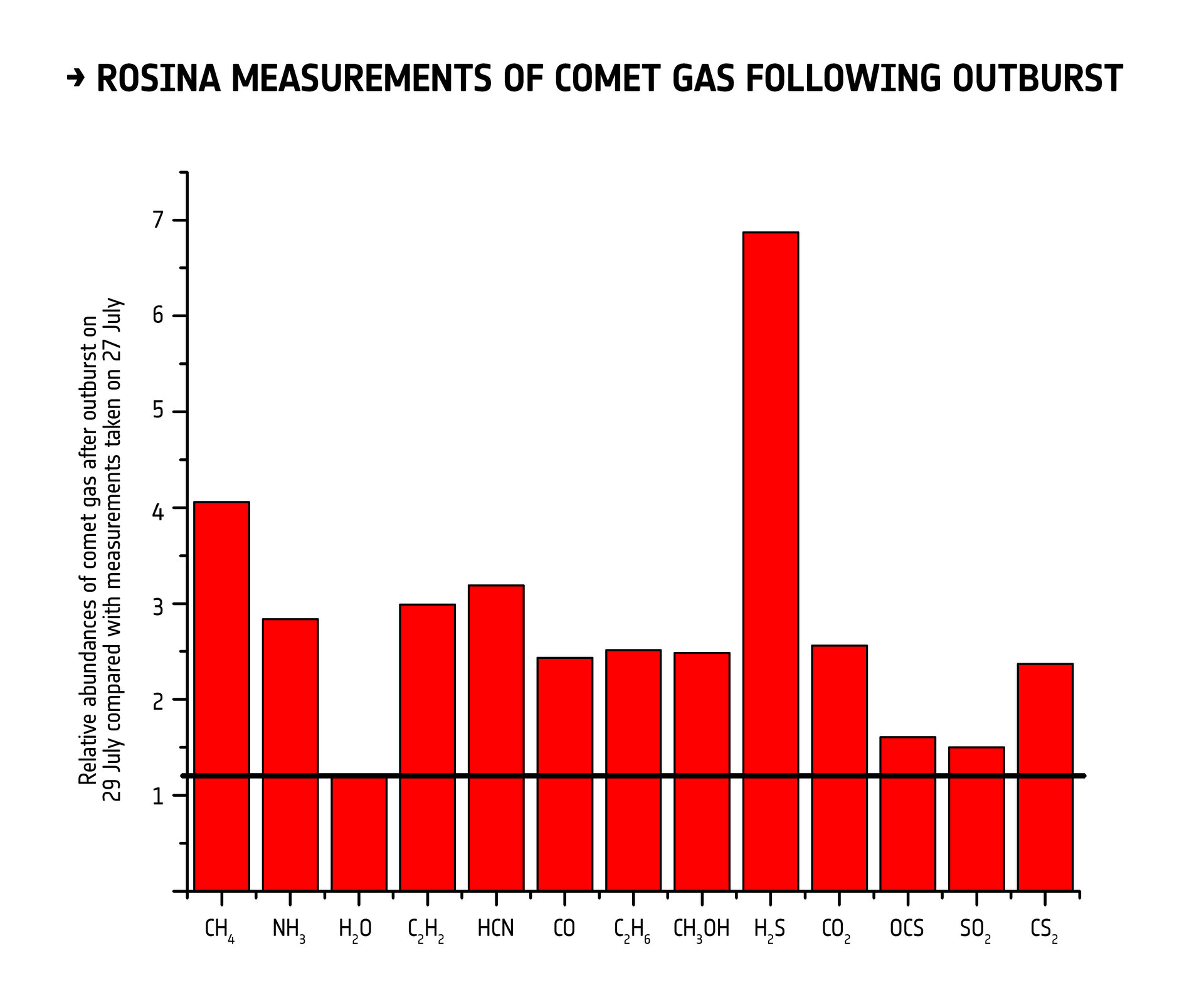 During an outburst of gas and dust from Comet 67P/Churyumov–Gerasimenko on 29 July 2015, Rosetta’s ROSINA instrument detected a change in the composition of gases compared with previous days.

The graph shows the relative abundances of various gases after the outburst, compared with the measurements two days earlier.

For example, the amount of carbon dioxide (CO2) increased by a factor of two, methane (CH4) by four, and hydrogen sulphide (H2S) by seven, while the amount of water (indicated by the horizontal black line) stayed almost constant.