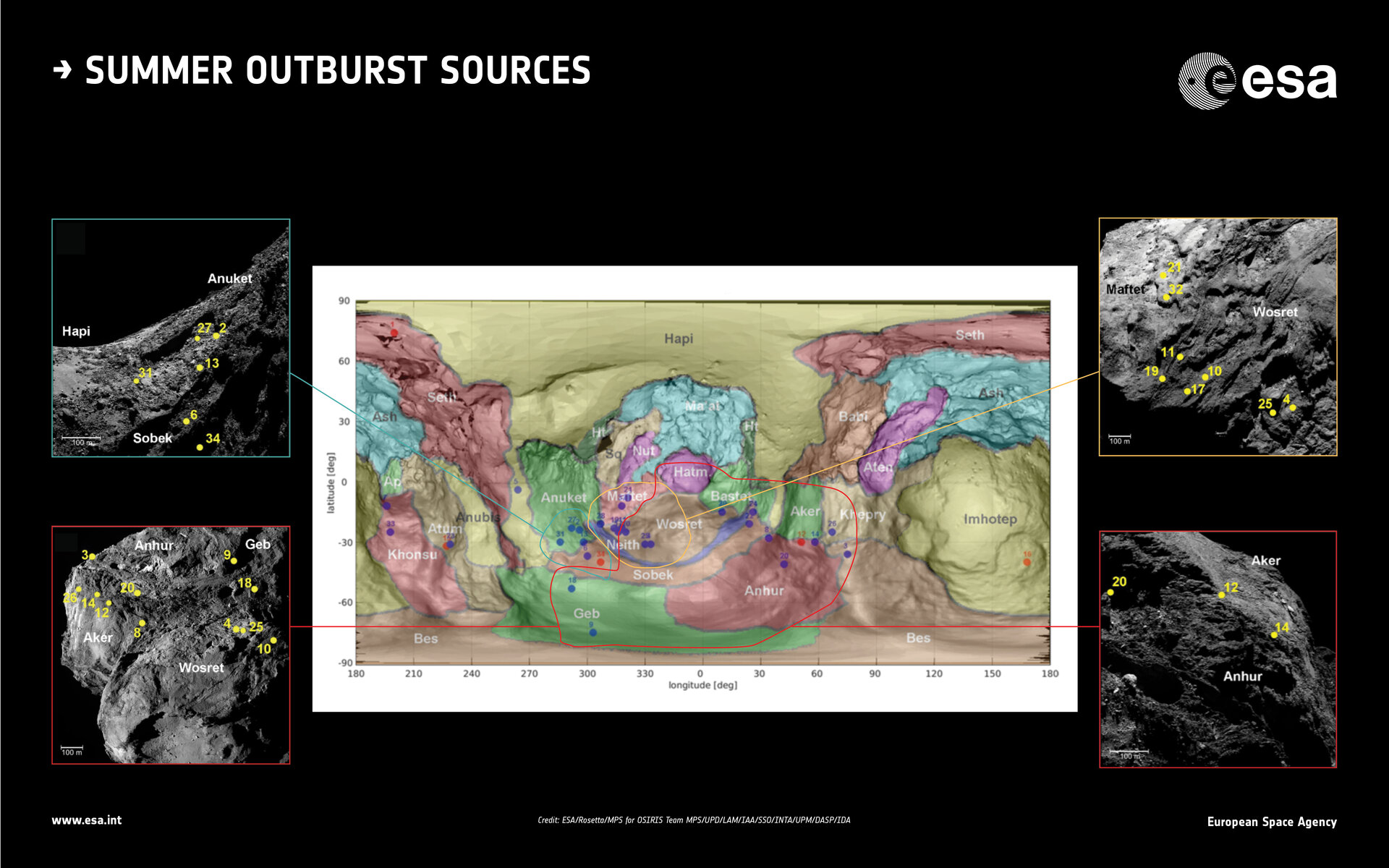 Locations of the summer outbursts observed by Rosetta’s OSIRIS (blue dots) and NavCam (red dots) between July and September 2015, superimposed on a regional map of Comet 67P/Churyumov–Gerasimenko. Insets highlight the topography and terrain for a selection of outbursts (note that some locations can be seen in multiple insets from different angles).

Many outbursts occur at distinct boundaries, for example along terraced landforms between Anuket and Sobek (top centre); in pits and niches in Maftet and Wosret (top right); and along the boundary between Anhur and Aker (bottom right and left). Anhur in particular is weakly consolidated and shows a variety of niches, alcoves, boulders and debris indicating this region is susceptible to mass-wasting and cliff collapse, leading to exposure of volatile-rich materials that trigger outbursts.

The numbers correspond to the outburst events identified in this image.