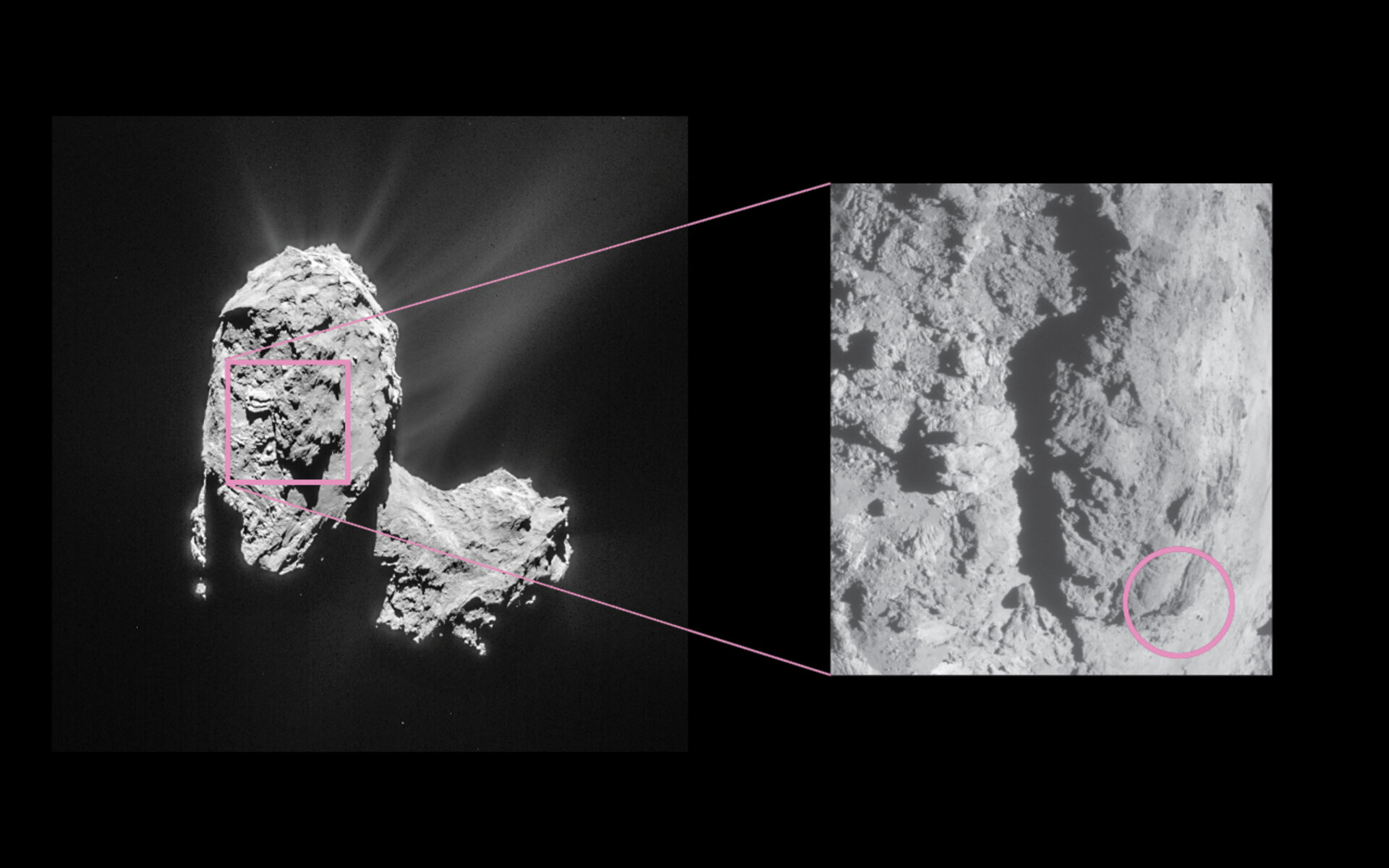 Location of the outburst

On 19 February 2016 Rosetta’s instruments detected an outburst event from Comet 67P/Churyumov–Gerasimenko. The source was traced back to a location in the Atum region, on the comet’s large lobe, as indicated in this image.

The inset image was taken a few hours after the outburst by Rosetta’s NavCam and shows the approximate source location. The image at left was taken on 21 March 2015 and is shown for context, and so there are some differences in shadowing/illumination as a result of the images being acquired at very different times.