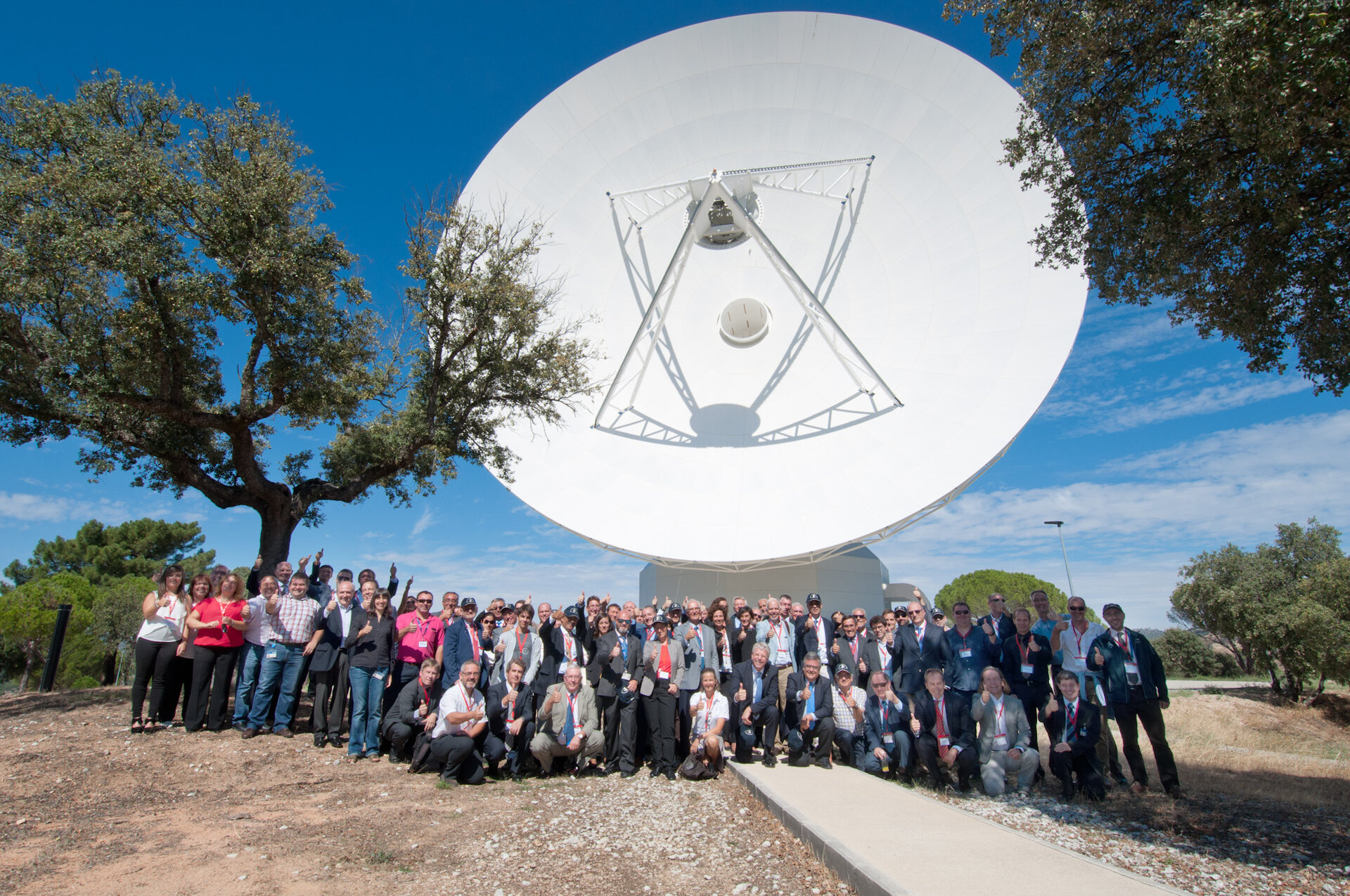 Invited guests, regional and local officials and current and former colleagues from ESA and partner agencies celebrated the 40th anniversary of ESA's Estrack ground station network at Cebreros Station, Spain, on 24 September 2015. The event also marked the 10th anniversary since the inauguration of Cebreros station.