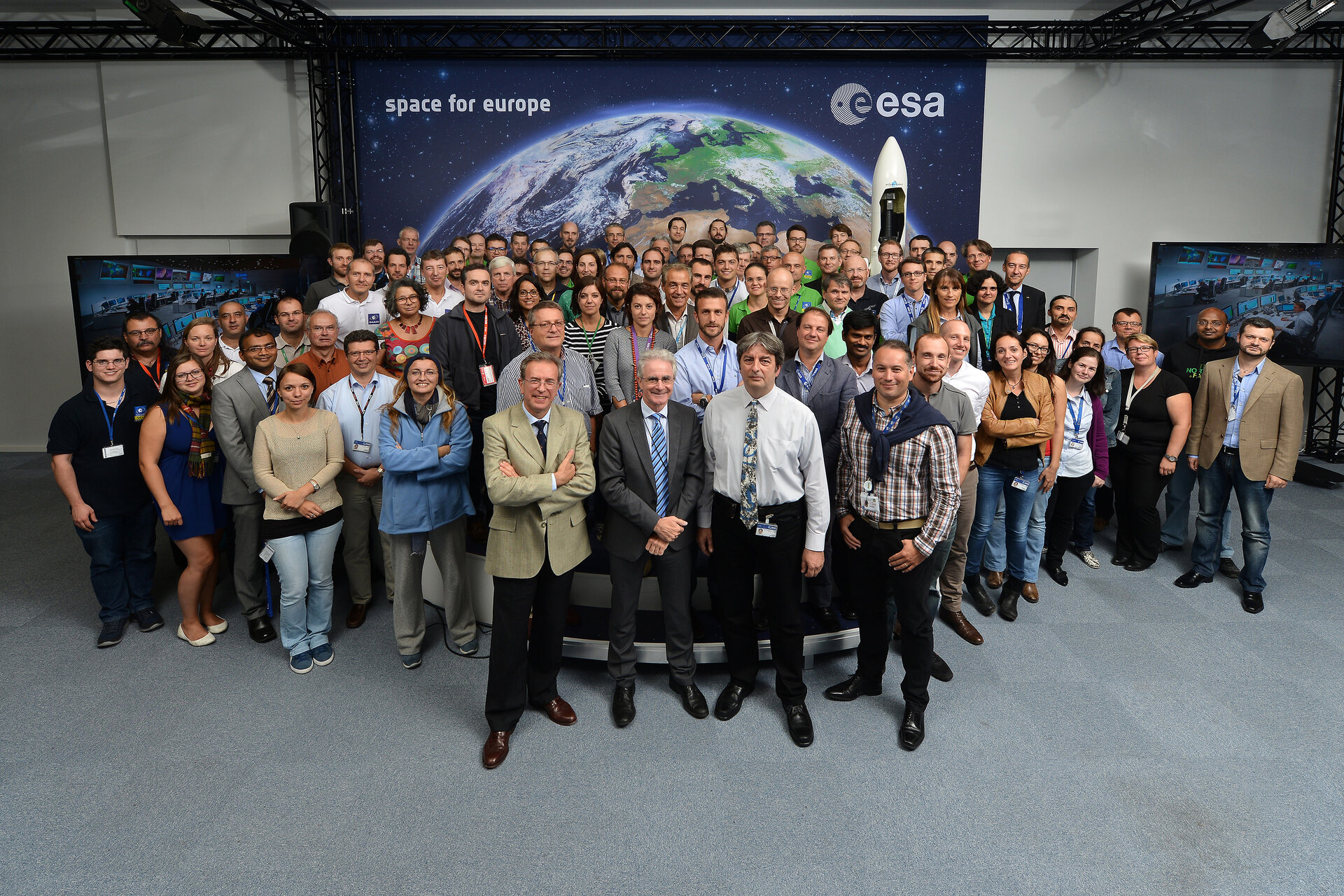 The joint ESA-CNES Mission Control Team for Galileo 9/10 conducted their final pre-flight briefing 9 September 2015 (then took a moment for a photo!) at ESOC, ESA's mission control centre, in Darmstadt, Germany. The centre is 'go' for launch and the team will assume control of the two satellites shortly after separation from their Soyuz rocket, which is set for launch at 02:08 GMT (04:08 CEST) on 11 September (23:08 local time, 10 September) from Europe’s Spaceport in French Guiana.

Read how this hard-working team has gotten ready to support the critical launch and early orbit phase for Europe's next Galileo satellite deployment.