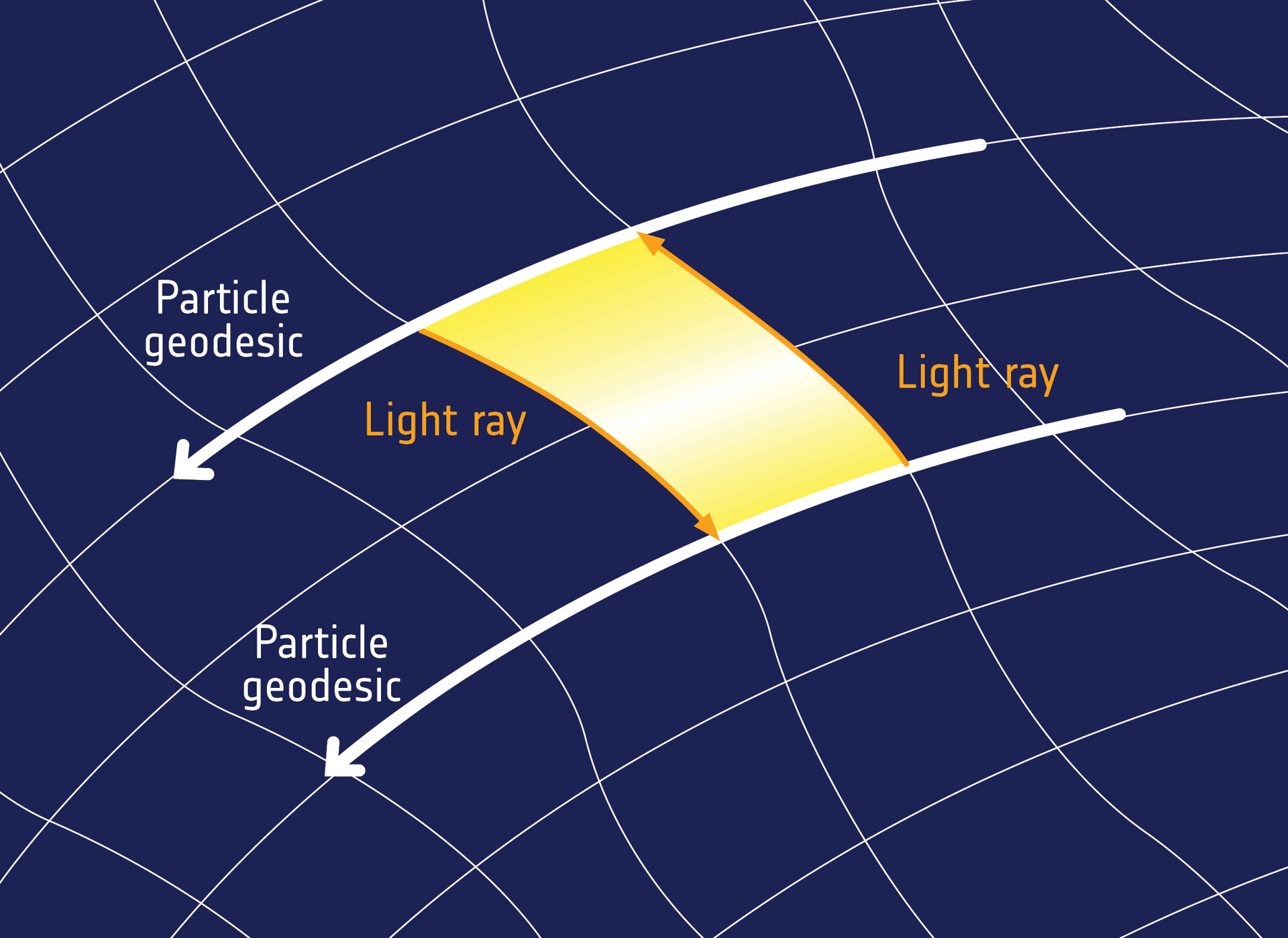 This illustration shows a ‘thought experiment’ to measure the curvature of spacetime, based on an idea proposed by theoretical physicist Felix Pirani. Albert Einstein was famous for envisaging such thought experiments, investigating the consequences of a particular physical problem only in one’s mind.

In the illustration, the blue surface represents a curved space, which is not ‘flat’ but is distorted by the presence of massive bodies, like the spacetime described in Einstein's general theory of relativity. In the non-flat world of general relativity, free-falling objects subject to gravity alone move along geodesics – the equivalent of straight lines in curved geometry.

The two white lines represent the geodesics along which two free-falling particles are moving. In this thought experiment, the first particle sends a light ray (orange line) to the second, which receives it and sends it back. Even though light does not have mass, it feels the effect of gravity as it moves through curved spacetime, spending energy to escape the gravitational pull of a massive object and gaining energy upon approaching it.

These energy changes translate to changes in the light frequency, so monitoring variations in the frequency of the light rays that the two particles are sending back and forth is a way to measure the curvature of spacetime between them.

This is the principle underlying the detection of gravitational waves – ripples in the fabric of spacetime produced by accelerating massive bodies. If such a perturbation passes by, it would change the curvature of spacetime between the two particles, leaving an imprint on the frequency of the light they exchange.