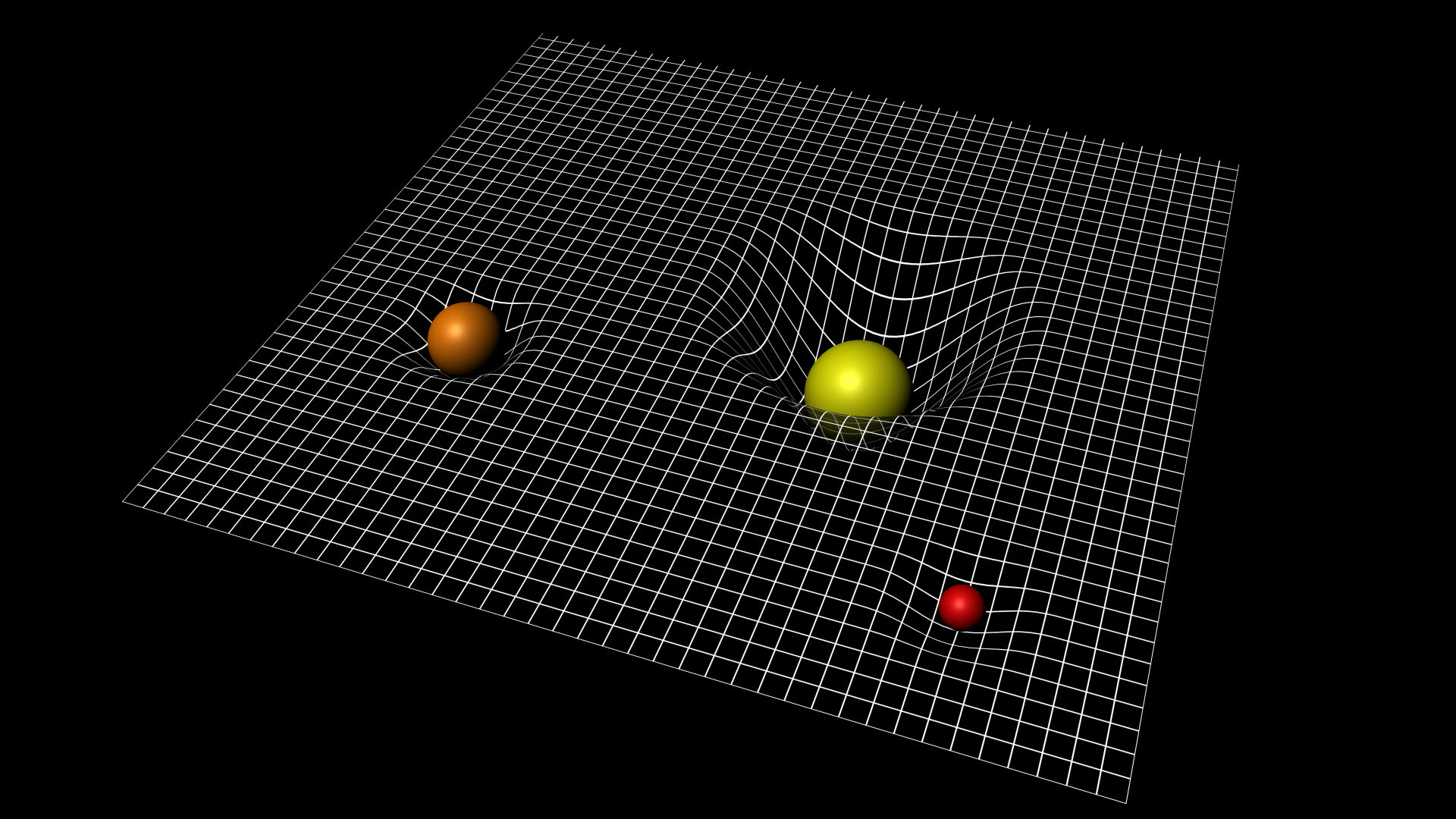 According to Albert Einstein’s general theory of relativity, gravity is no longer a force that acts on massive bodies, as viewed by Isaac Newton’s universal gravitation. Instead, general relativity links gravity to the geometry of spacetime itself, and particularly to its curvature.

In classical physics, time proceeds constantly and independently for all objects. In relativity, spacetime is a four-dimensional continuum combining the familiar three dimensions of space with the dimension of time.

To account for gravity in relativity, the structure of this four-dimensional spacetime must be extended beyond the rules of classical geometry, where parallel lines never meet and the sum of a triangle’s angles is 180°. In general relativity, spacetime is not ‘flat’ but is curved by the presence of massive bodies.

This artistic representation visualises spacetime as a simplified, two-dimensional surface, which is being distorted by the presence of three massive bodies, represented as coloured spheres. The distortion caused by each sphere is proportional to its mass.