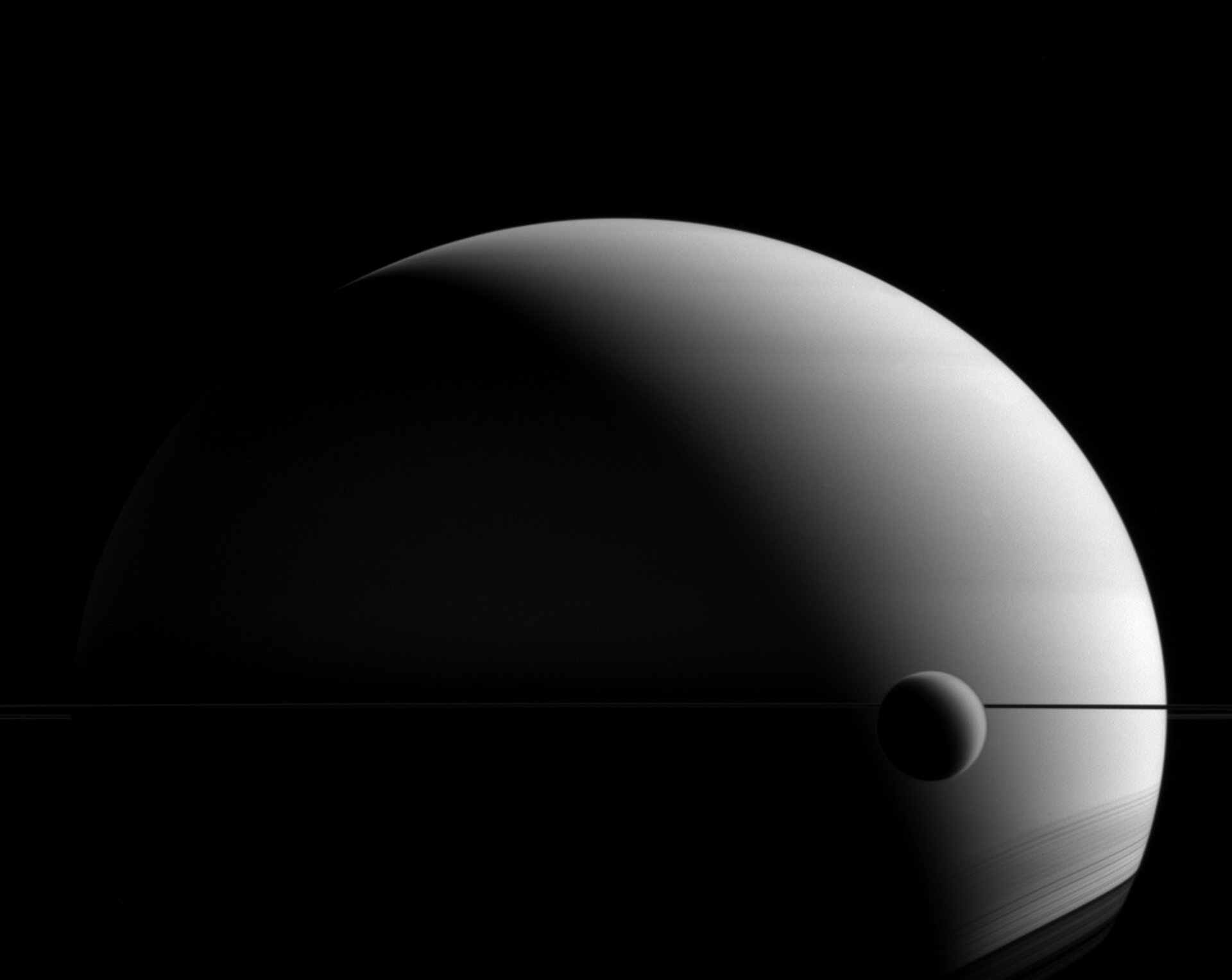 Titan and Saturn have few things in common, but a hazy, clouded appearance is one feature they share. Although their faces seem similar in images like this, appearances can be misleading.

Both Saturn and Titan have thick atmospheres, in a relative sense. But Saturn is a gas giant, covered in clouds, with no solid surface to speak of. Titan's atmosphere is a blanket of dense haze - a photochemical smog - surrounding an icy, solid body. Even their atmospheric compositions are different; Saturn is mostly hydrogen and helium with clouds of water, ammonia and ammonium hydrosulfide. Titan's atmosphere is primarily nitrogen and methane, with occasional methane clouds.

This view looks toward Saturn from the unilluminated side of the rings, 0.3 degrees below the ring plane. The image was taken in visible green light with the Cassini spacecraft wide-angle camera on 22 May 2015.

The view was obtained at a distance of approximately 2.2 million kilometres from Saturn. Image scale is 130 kilometres per pixel.