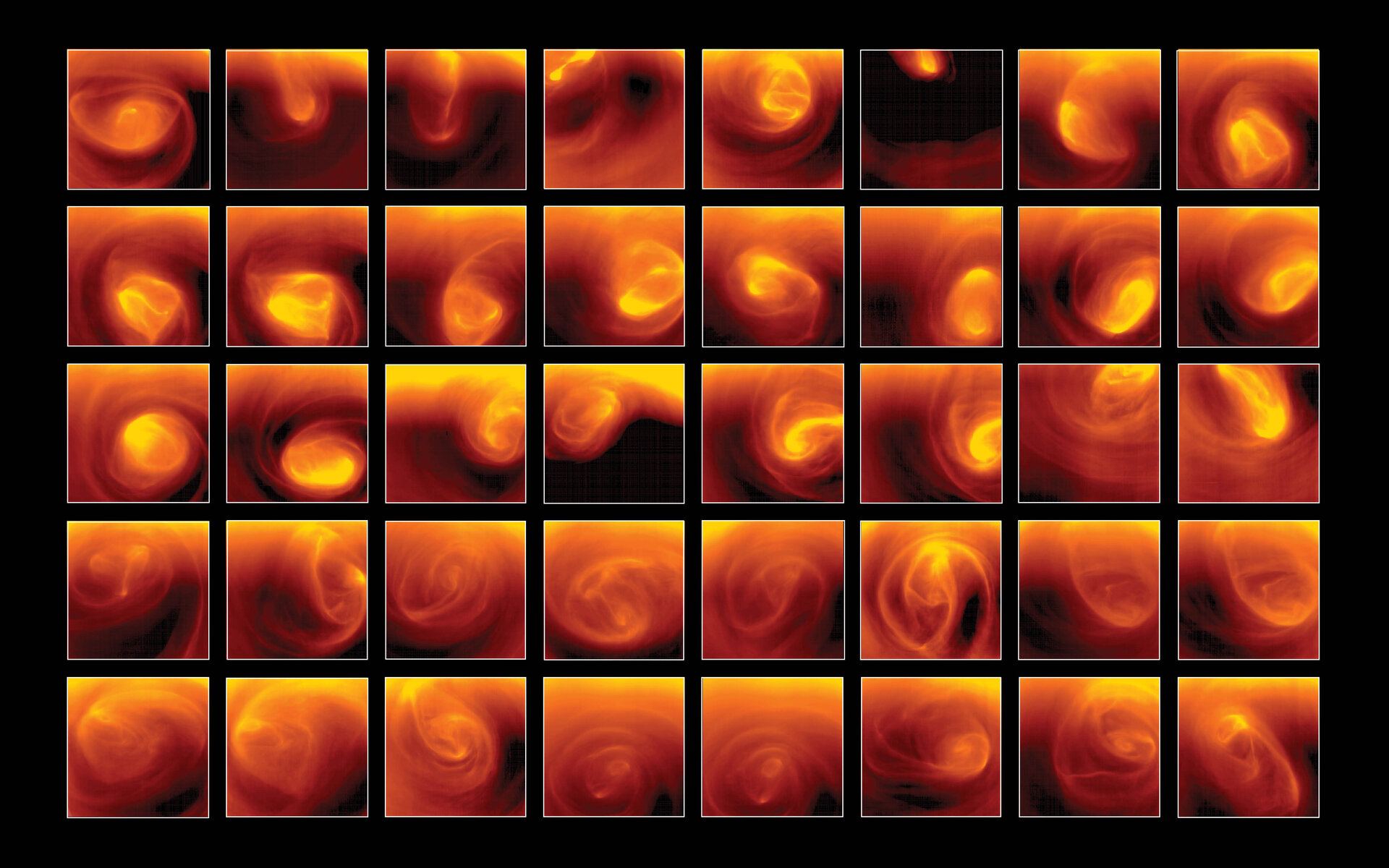 In the centre of the polar vortex, sinking air pushes the clouds lower down by several kilometres, to altitudes where the atmospheric temperature is higher. The central ‘eye of the vortex’ can therefore be clearly seen by mapping thermal-infrared light, which shows the cloud-top temperature: the clouds at the core of the vortex are at a higher temperature, indicated by yellow tones, than the surrounding region, and therefore stand out clearly in these images.

Poster versions with title in high-res for print are available in colour and grey scale from the ESA image gallery.