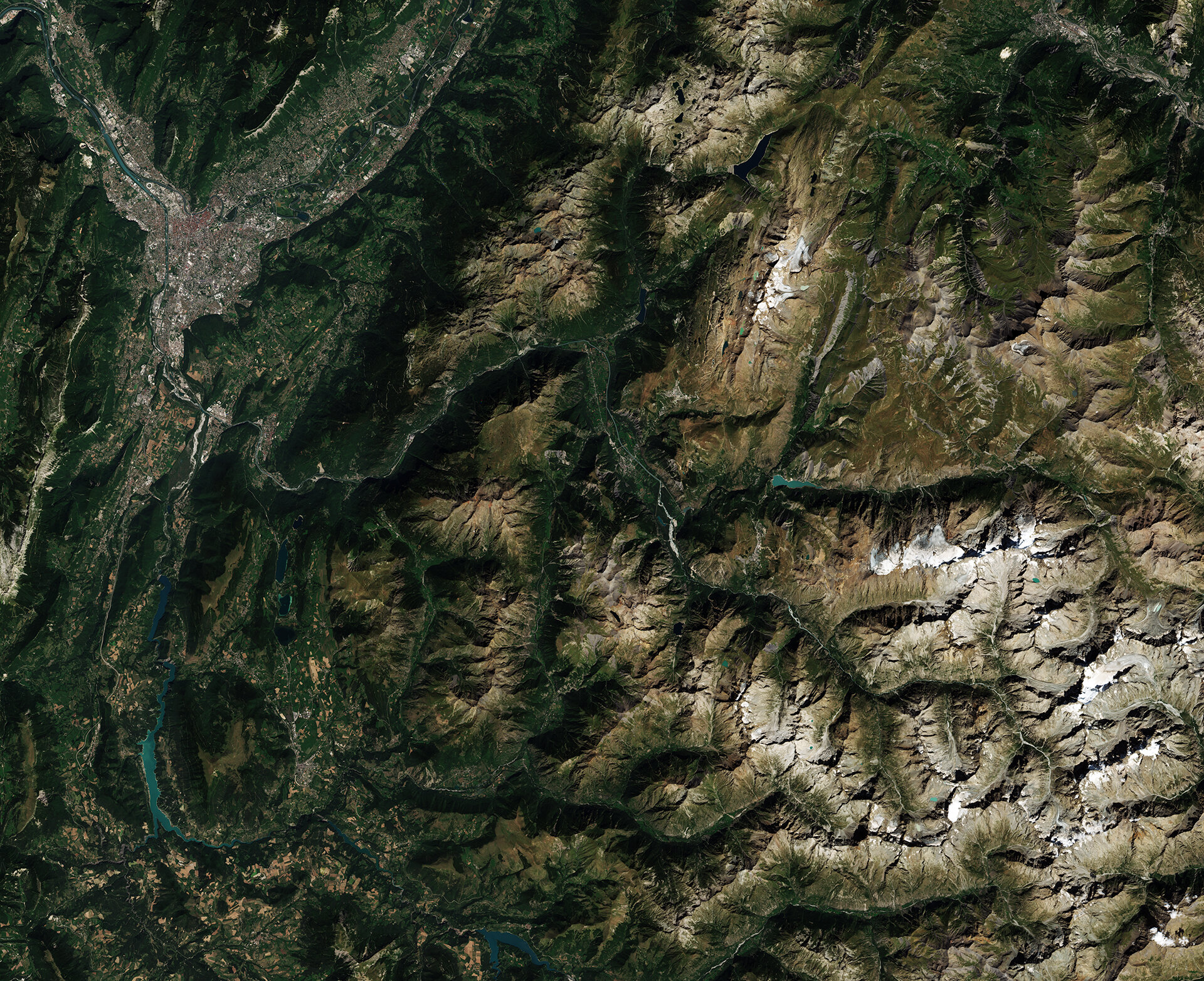 This natural colour image from Sentinel-2A on 29 August features the area of Les Deux Alpes and surroundings, in France. A ski resort in the French Isère department, the village of Les Deux Alpes sits at 1650 m with its ski lifts running up to 3600 m.

The relief differences in the area are clear thanks to Sentinel-2’s high-resolution multispectral instrument. The brownish colours represent those parts of the mountains without vegetation or settlements. The village of Le Bourg-d’Oisans is clearly visible in the centre of the image, with agricultural plots around it.

The grey area on the top left corner is the city of Grenoble, in the Rhône-Alps region of southeastern France. It sits along the Isère River, at 214 m above sea level.

Home to some 160 000 people, Grenoble’s history goes back 2000 years. Today it is a leading scientific research centre, renowned for research in nuclear physics and microelectronics.

Among various bodies of water, the Lac Monteynard-Avignonet is clearly visible, snaking its way down the image. This is a 10 km-long and, in some places, 300 m-wide artificial reservoir created in 1961. Often windy and rippled, the lake is considered to be one of the best places for wind and kite surfing in Europe.

Sentinel-2A has been in orbit since 23 June as a polar-orbiting, high-resolution satellite for land monitoring, providing imagery of vegetation, soil and water cover, inland waterways and coastal areas.